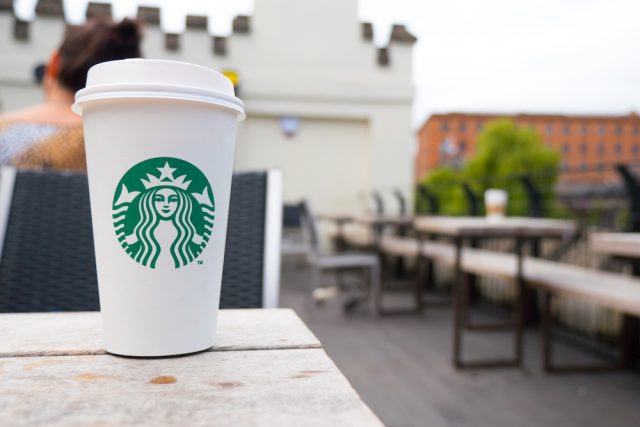 Starbucks isn’t giving away free coffee on National Coffee Day. That may be enough to prompt you to get your caffeine elsewhere. After all, plenty of coffee shops will give you a free cup of joe to celebrate the holiday. But what if we told you that there’s another reason you should swing by your local Starbucks, even if there’s not a free cup of coffee in it for you?

Instead of handing out free coffee, Starbucks is making National Coffee Day a day for philanthropy. Here’s what you need to know about what Starbucks is doing to celebrate the holiday this year.

Starbucks isn’t participating in National Coffee Day like everyone else

This year, Starbucks isn’t participating in National Coffee Day by giving away a free cup of coffee. “But they’re not being stingy,” Today reports. As a spokesperson for the chain told Today, “This National Coffee Day, we’re focused on providing continued assistance to help Puerto Rico recover following the devastation of Hurricane Maria one year ago, where the coffee industry was decimated.”

Starbucks is donating 2 million coffee seeds to Puerto Rican coffee farmers to begin rebuilding what they lost. “The Starbucks Foundation and EFI Foundation (our licensee partner in Puerto Rico) are also giving a three-year, $583,000 grant to World Coffee Research to improve seed quality and growing practices on the island,” a Starbucks spokesperson explained.

As USA Today reports, Starbucks also announced a commitment of up to $20 million toward an emergency relief fund “to support smallholder farmers that are affected by the coffee price crisis in Central America.” Plus, Fortune reports that “for every cup of brewed Mexican Chiapas coffee sold at its more than 28,000 locations, the chain gives a coffee tree to a Latin American farmer in need.”

Eater reported in October 2017 that Hurricane Maria had just devastated Puerto Rico’s coffee farms. Demand for coffee is so high in Puerto Rico that the island imports two-thirds of the coffee consumed there. “This high demand guarantees the island’s coffee farmers will sell virtually 100 percent of their crop to either the public or private sector,” Eater reported. “Coffee is the only crop on the island with such security.”

Hurricane Irma, even though it didn’t make landfall in Puerto Rico, cost some $45 million in agricultural yields. Hurricane Maria made landfall and wiped out 80% of the island’s crops. Maria caused “a projected — and staggering — $780 million in agricultural losses,” Eater notes. “The coffee crop was among the hardest hit.” The hurricane hit right before the coffee harvest. And it destroyed 90% of the coffee trees on the island.

Small, family-owned farms were the hardest-hit

Small-scale, specialty coffee farmers took the hardest hit. That’s because they “lack the diversification and support of industrial operations,” Eater noted. Of the 4,600 coffee producers on the island, many are family-owned farms. These privately-owned farms range in size from 1 to 100 acres. And they typically produce less than 1,000 pounds of coffee beans per year.

“In other words, Puerto Rico’s coffee farmers will need help,” Eater reported. “Even in the best-case scenario, it would take at least four years to grow a new economically viable crop. Against all these odds, many will abandon their farms entirely.” It sounds like a good PR move for Starbucks to step in and offer some help. But as RetailWire reported back in 2016, “While it has sometimes stumbled, Starbucks under CEO Howard Schultz has attempted to be a force for social good.”

The company’s new CEO, Kevin Johnson, took over in 2017 and told Inc. at the time, “We’re a for-profit company. We do all the things any other publicly traded company does. But our job is to empower our partners and make them proud to work for our brand.” Perhaps that philosophy applies both to Starbucks employees — whom the company calls “partners” — and the coffee farmers whom the company works with, too.

Read more: 21 Things You Should Never Ask a Starbucks Barista