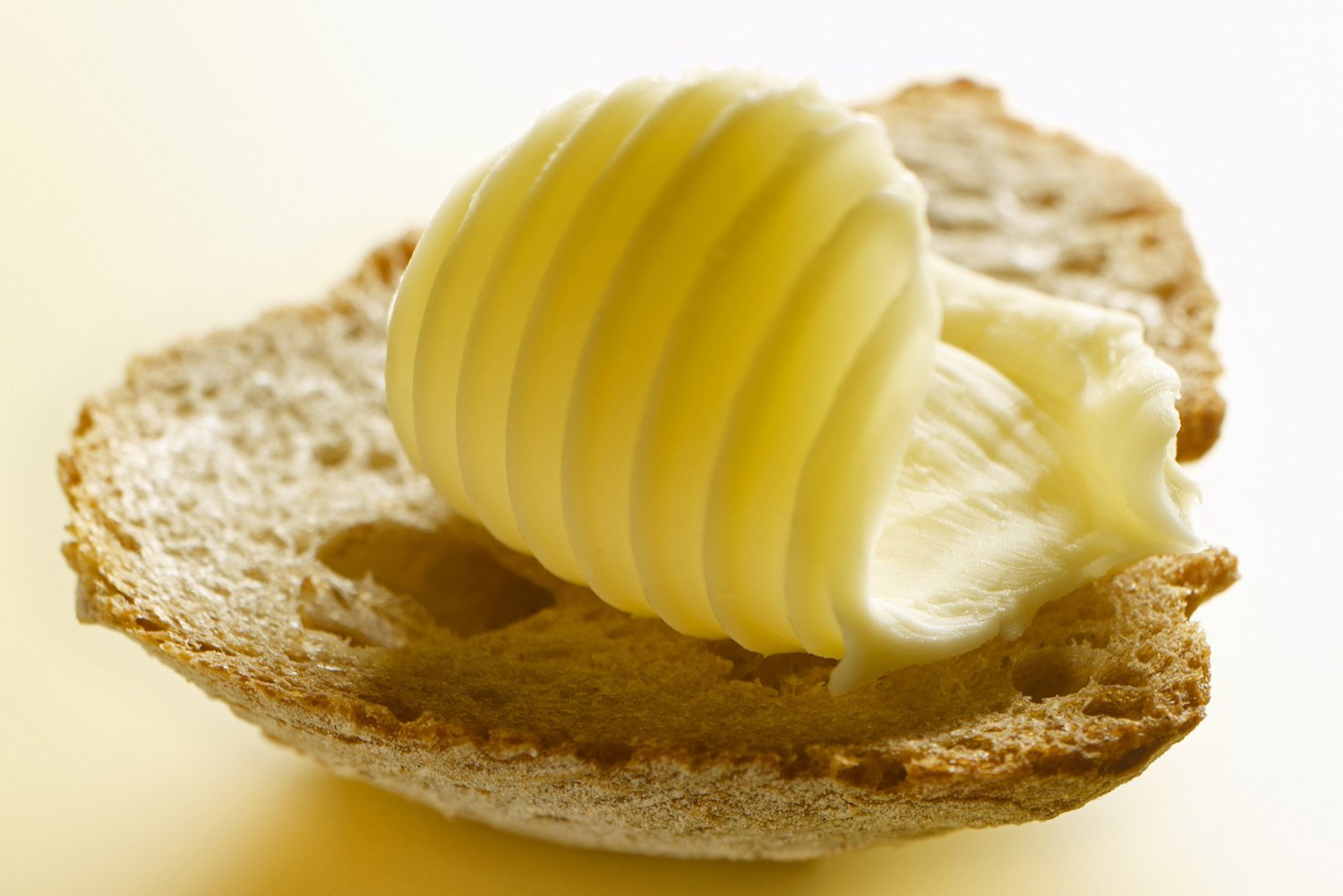 We love it and fear it, crave and resist it. Much of the food industry has been re-engineered to save us from it. But the latest science behind fat – how much to eat, what types to avoid – suggests that when it comes to our health and weight, we can be less restrictive. WH investigates and breaks down everything you need to know about this macronutrient…

Is there a phrase that gets a brisker workout these days than “healthy fats”? Avo toast rules brunch menus and Instagram feeds, EVOO flows like wine over roasted veggies and nut butters whir to the beat of smoothie blenders.

But naturally, that brings us to the flipside of “unhealthy” fats. What to make of those saturated varieties: the meats and dairies? The fats that we’ve been told for decades will raise our cholesterol, clog our arteries and, ultimately, cause heart disease? Because here’s the thing: studies have been quietly accumulating over the past few years that suggest the truth about saturated fat is more complicated and less damning than previously thought. In fact, the saturated stuff may be necessary, even… healthy. Well, be still our beating hearts.

This new doctrine hit the big time last year, when the journal Lancet published a decade-long study looking at the eating patterns of 135,000 people from 18 countries. The results had the scientific community clashing and inspired a series of OTT headlines (Low-Fat Diet Could Kill You, for one). The study found not only those who consumed the least fat and most carbohydrates had a 28 per cent higher risk of dying over those 10 years, but also those eating the most fat had a 23 per cent lower risk for death. What caused the biggest stir? Those results held steady across all kinds of fats, including saturated fats, which showed an additional benefit of being associated with a lower stroke risk. And low levels of saturated fat actually increased mortality risk.

Shocking news, definitely, and not everyone’s on the same page. The Heart Foundation recommends that saturated fat be only 7 per cent of an adult’s daily kilojoule consumption: at the moment, most Aussies have about 12 per cent.“There has been a lot of discussion of the evils of saturated fats for many years,” says Rita Redberg, a cardiologist and the editor of JAMA Internal Medicine. “Re-education based on new knowledge and understanding takes time.”

Meanwhile, our efforts to avoid sat fats have led us to try to replace them – with mixed results. The first suggestion, carbs, turned out to be catastrophic, with many experts now suggesting it triggered our current obesity crisis. Now the anti-sat-fat camp recommends “replacing saturated fat with unsaturated fat as much as reasonably possible,” says Walter Willet, a professor of epidemiology and nutrition at Harvard University, who has studied diet’s effect on health for 40 years.

Frustrated by all the conflicting messages? Us too. And as fat is as essential as it is delicious, we dove deeper into what kind you should actually be putting on your plate.

So what’s the deal with saturated fat?

Eat a high-fat Mediterranean diet. Reduce stress. Walk at least 22 minutes a day. Take the focus off saturated fat. When Redberg and two other cardiologists published an editorial in the British Journal of Sports Medicine last year proclaiming all of the above, the backlash from some scientists was swift and stinging, labelling the advice “bizarre” and “simplistic”.

Yet a growing tally of studies seems to suggest that it is neither, calling decades of assumptions about saturated fat into question. One was a meta-analysis in 2014 that looked at 76 studies – 27 of them randomised, controlled trials, the gold standard for research. The University of Cambridge-led team found that “current evidence” doesn’t support limiting saturated fats in favor of PUFAs.

Another analysis in 2015 by Canadian institutions showed no link between saturated fat intake and mortality from all causes, including cardiovascular disease, heart disease and type 2 diabetes. “Saturated fat used to be public-health enemy number one,” says David Ludwig, a professor of nutrition at the Harvard T. H. Chan School of Public Health. “But it’s neither that nor exactly a health food. It’s kind of a neutral.” Here’s the evolving science of saturated fats effect on your body.

But not in the way you think. For decades the scientific gospel was that high total cholesterol levels, and especially high LDL (the “bad” form), raised your risk for cardiovascular disease. Then researchers discovered that what matters much more is the <ratio> of LDL to HDL. The higher your HDL (the protective cholesterol), the better. “Saturated fat raises LDL, but it also raises HDL and lowers triglycerides,” says Ludwig.

Not all LDL is alike

Emerging research suggests there are two kinds of LDL particles: big, fluffy particles that protect against heart disease, and small, dense particles that may create inflammation and blockage. And when your LDL goes up because you’ve eaten a steak, the increase is in the large particles, not the small ones. Being sedentary? That triggers the small ones.
The source is key

We now know that not all saturated fats behave the same in the body. Case in point: full-fat dairy and dark chocolate are full of sat fats, but don’t raise the risk for cardiovascular disease.

In fact, Ludwig claims we should eat more fat in general and far fewer processed carbs for our health and waistlines. “When you consider white bread and butter, the bread is the less healthful component,” he explains. After conducting research for 20 years, he created a weight-loss program outlined in his 2016 book Always Hungry?. In a pilot test, the average weight loss over 16 weeks was nine kilos, with some ranging to nearly 14. “Since the program is not [kilojoule]-restricted, we also think the results will be more sustainable,” he adds. The plan calls for a diet that’s 50 per cent fat in the first two weeks, with 25 per cent each for carbs and protein. Then the level falls to about 40 per cent fat, depending on the person.

And what about the alternatives?

Peer into most cupboards and you’ll find them: bottles of canola oil. It’s hugely popular and marketed as healthy, particularly when compared with butter. They also contain large amounts of omega-6 fatty acids. Those are a good thing, right? Not-so fast.

Omega-6s are something of an evil twin to omega-3s, the heart-healthy fats in fish and olive oil. We do need a bit of omega-6 in our diets, but we now take in vastly more than we did a century or so ago thanks to all that processed vegetable oil. And recent research suggests it may promote heart disease rather than protect against it.

One of the most convincing studies was published in 2016 but was based on evidence collected in the ’70s. (Why, you ask? Some experts feel it was “buried” because it didn’t support the pro-vegetable oil theory of the day.) The large clinical trial led by the University of Minnesota hypothesised that reducing saturated fat and replacing it with omega-6-loaded corn oil would prevent heart disease and lower mortality rates. Instead it did nearly the opposite, and in surprising ways. Cholesterol levels did go down in the corn-oil group, but death rates stayed the same as in the sat-fat group. And the greater the drop in cholesterol, the higher the chance of death.

Evidence is mounting, says James DiNicolantonio, a cardiovascular research scientist. Specifically, he cites a meta-analysis in the International Journal of Biological Chemistry that suggests the ratio of omega-6 to omega-3 – just like that ratio of LDL to HDL regarding saturated fat – is especially important.

It all comes down to inflammation. Omega-6 causes it, contributing to cardiovascular disease, cancer, osteoporosis and autoimmune diseases. Omega-3 protects you from it. So, rejig your diet by increasing your intake of fatty fishes like salmon and tuna, flaxseed, grass-fed (not grain-fed) beef, walnuts and lentils. And minimise your consumption of vegetable oils, bottled salad dressings (also sugar-laden) and snacks like crackers. It’s an easy ratio we can all get behind. Chew the fat on that.

Related posts:
07/20/2018 Diet & Food Comments Off on Is Saturated Fat Bad For You? Here's What The Science Says
Diets News