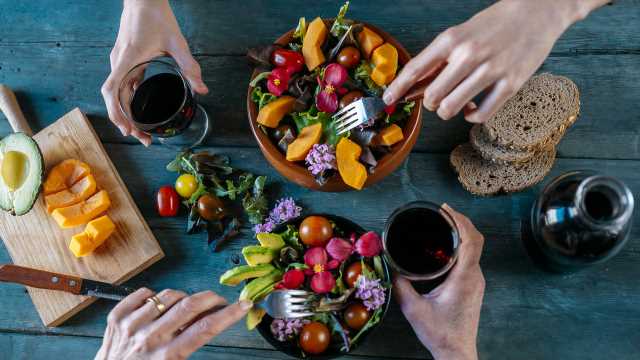 There's no question that plant-based diets are on the rise: Between 2000 and 2017, dairy consumption fell 24%. And market research firm Mintel reports that plant “milk” sales (such as almond, coconut, and oat milks) rose more than 60% between 2012 and 2017. Thirty-six percent of consumers and 60% of millennials buy plant-based “meats.” And two-thirds of Americans surveyed say they have reduced their meat consumption in at least one category over the previous three years—mostly red and processed meat.

There are many reasons for a shift toward plant-based eating. Whole-food, plant-based diets are associated with lower body weight and a reduced risk of several chronic conditions, including heart disease, the nation’s top killer of both men and women, as well as cancer, type 2 diabetes, high blood pressure, and cognitive decline.

Some people also have concerns about the treatment of animals for food production, and the impact on the environment. A recent Harvard report, The EAT-Lancet Commission on Food, Planet, Health, states, “Food is the single strongest lever to optimize human health and environmental sustainability,” and calls for a primarily plant-based diet.

There is no one definition of a plant-based diet, but most experts agree that it means primarily eating plants, although small or occasional amounts of any type of animal protein many be included. However, two specific versions of a plant-based diet are well defined: vegetarianism and veganism. So what's the difference between them?

Vegetarianism generally means that no meat, poultry, or seafood is consumed. Eggs and/or dairy are typically included in a vegetarian diet.

People who eat eggs as their only animal protein are called ovo-vegetarians. Those who allow dairy in their diet are lacto-vegetarians, and people who eat both eggs and dairy are deemed lacto-ovo-vegetarians. Pescatarian is a title for people who do eat fish and seafood but no meat or poultry, although they are generally not considered to be part of the core vegetarian community.

Veganism excludes all animal foods, meaning no meat, poultry, seafood, eggs, dairy, or any ingredients derived from animal sources, including honey and gelatin. Veganism generally extends to a lifestyle that involves not using any materials derived from animals, including leather, fur, wool, and silk. Household products, such as cosmetics and soaps are also excluded if they are made with or tested on animals.

Nutritionally speaking, omitting more animal foods can make it challenging to meet the needs for certain nutrients, such as vitamins D and B12, iron, zinc, and calcium. However, it is possible to obtain all of the necessary nutrients on a vegan diet if you are knowledgeable about which plant foods contain key nutrients and how to supplement properly if needed. If you are vegan or are thinking of going vegan, consult with an RD who specializes in vegan diets or, at the very least, refer to a book like Becoming Vegan, written by two RDs.

When it comes to health protection, the quality of any plant-based diet is king. One recent study, published in The Journal of Nutrition, followed over 800 people who were vegans, lacto-ovo vegetarians, semi-vegetarians, and non-vegetarians. Researchers found that vegans had higher levels of healthy fats, antioxidants, and anti-inflammatory compounds in their bodies than non-vegetarians, likely because they consume more produce and other whole, plant-based foods.

RELATED: How to Go Vegan and Still Get All Your Nutrients

How to get more plants in your diet

While vegetarianism and veganism are two pillars of plant-based eating, many consumers are creating new categories, like chegans (vegans who sometimes “cheat” with an animal-based food).

Regardless of what you call your personal style of eating, prioritize nutrient-rich, whole-plant foods. Aim for about five cups of veggies and two cups of fruit daily, along with pulses (the edible seeds of certain pants in the legume family) such as beans, lentils, peas, and chickpeas; whole grains, like quinoa and brown or wild rice; and a variety of nuts and seeds. Vegan goodies, like coconut milk ice cream, and vegan cupcakes are fine as occasional treats, but they shouldn’t be mainstays.

To get more nutrition tips delivered to your inbox, sign up for the Real Wellness newsletter

Related posts:
05/21/2019 Diet & Food Comments Off on What’s the Difference Between Being Vegan and Being Vegetarian?
Diets News