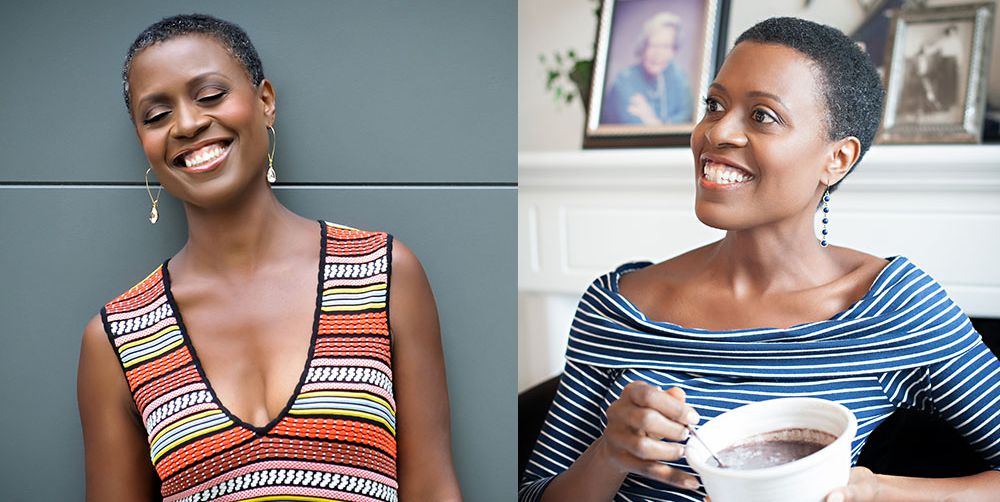 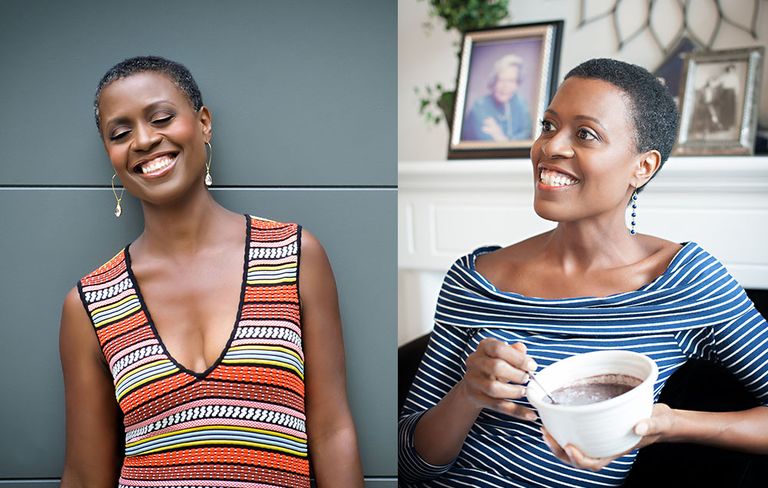 Growing up, my mom was very health-conscious. We ate meat, but we didn’t have junk food like chips, sodas, or sugary cereals in our house. And I hated it.

So when I went away to college, I went crazy.

I coped with freshman year stress through food. I stopped eating veggies, and I ate hamburgers, pizza, and French fries almost every day, plus lots of dessert. I also wasn’t exercising, even though I’d played basketball and soccer in junior high and high school.

By the end of my freshman year, I had gone from about 120 pounds to 145. That’s not a ton, but I’d always been thin, so I noticed I was gaining weight as it was happening. I was also feeling mentally “foggy,” and it was hard to focus.

While it bothered me, I didn’t feel depressed, and I never went on a diet. I just thought that I needed to lose some weight eventually.

‘A college lecture made me re-think my diet.’

Then, in the spring of my sophomore year, the comedian and civil rights activist Dick Gregory came to my college. Gregory became a vegetarian during the civil rights movement. He talked about the politics of food, including why African Americans are often targeted for junk and fast food, along with the lack of availability of healthy foods in low-income communities.

His lecture blew my mind. He traced the path of a hamburger from a cow at a factory farm through the slaughterhouse, to a fast food restaurant, to a clogged artery, to a heart attack. I’d never thought about food that way—it was just like POW. I ate hamburgers almost every day, and I realized this was potentially what I was doing to myself.

The last straw came the next semester while I was studying abroad in Kenya. At one dinner, they brought out a gazelle-like animal that was roasted over a pit whole. The servers plopped it on a long table and carved it head to hoof. I was disgusted. I’d already been seriously contemplating going vegan, but that was the moment I decided I’d never eat another animal.

‘I’d go to pizza places and sit there and smell the cheese.’

When I returned to the U.S. for my second semester, I went vegetarian. My mom, my sister Marya, and I read everything we could get our hands on about vegetarianism and healthy eating in order to make that transition.

Then that summer, my mom and I went fully vegan and gave up cheese and all other dairy and animal-based products. That was harder because I loved cheese. I’d still go to pizza places and just sit there and smell the cheese. I finally just surrendered. I realized that I’d always like cheese, but I was just going to have to let it go in order to have better health.

Here’s what a day of vegan eating looks like for me now:

Sweets are my pleasure, but I’m not guilty about it. I love chocolate, so about twice a week I’ll have a vegan chocolate bar sweetened with coconut sugar or maple syrup, or I’ll make chocolate mousse, cheesecake tartlets, or banana bread.

‘Within a few months of going vegetarian, I lost all the weight I’d gained.’

Tracye with her mom. They both have been vegans for 30 years.
Tracye McQuirter/ A Little Bit Of Whimsy Photography

My mental fogginess also went away—I had a new mental clarity, and my energy levels increased. And once I went vegan, my skin cleared up, and the pimples I’d had since 14 finally disappeared.

Veganism also opened me up to other natural practices like yoga and meditation. I feel healthier and stronger now at 51 than I did during those early years in college.

Once I got over missing meat and cheese, going vegan wasn’t that difficult. I think about that transition period now like learning to ride a bike or speak a new language: There’s a learning curve, but eventually it becomes easier—to the point that it’s effortless and natural.

It’s been 30 years since I became a vegan, and I’d never go back.

Tracye McQuirter, a.k.a. the “Ageless Vegan,” is 51. A public health nutritionist, she’s the author of the book Ageless Vegan: The Secret To Living A Long And Healthy Plant-Based Life and By Any Greens Necessary.