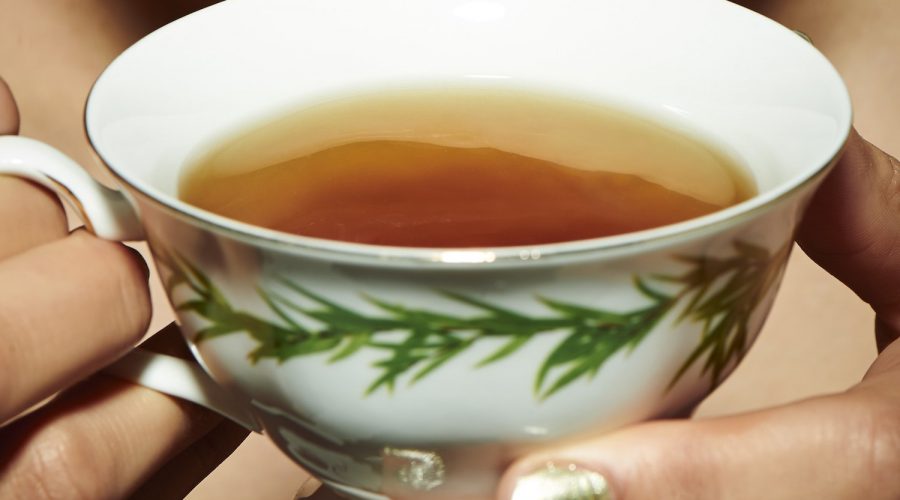 Chances are you’ve spotted an ad for one on Instagram. ‘Teatoxes’ are big business, promising to trim you down and detox you up. But simple cuppas these are not. Between sketchy health claims, potentially harmful ingredients and celebrities at war, a social-media storm has been brewing. So, before you swipe up to buy, we uncover the truth about teatoxes.

It’s the celebrity showdown you never saw coming: in one corner, the Kardashian-Jenner juggernaut, rapper Cardi B and a squad of taut, toned Instagram influencers; in the other, British actor and presenter Jameela Jamil. The beef? Tea. In case you’ve quit Instagram and missed it, tea recently transformed from an innocuous hot drink to a powerful weight-loss aid, raved about by social media’s biggest stars, who leverage their following to promote 14- and 28-day ‘teatoxes’ as a shortcut to a flat tummy.

It’s true that teatoxes, detox teas, skinny teas and fit teas aren’t news, but the social media spin and subsequent slap-downs are. The war of words has even made its way beyond the social media realm, as Jamil, star of Netflix sitcom The Good Place, goes after big-name celebs – mainly the Kardashians, Cardi and Iggy Azalea – for plugging what she describes as “poisonous” products. “Unfollow those people who try to sell you a toxic rhetoric about your body image, or toxic products that they don’t even know what’s in them or probably don’t even drink themselves,” she urged USA Today viewers in a guest appearance late last year. “Stay away.”

So far, the response from the Kardashian/Cardi corner has amounted to little more than a smirk. And no wonder: although Jamil’s crusade is gaining ground, so is the slimming tea industry, which is expected to grow 8.3 per cent by 2022, to reach a global value of about $16.3 billion. A good chunk of that money will no doubt be poured straight back into the pockets of the A-listers who endorse them – the Kardashian-Jenners, for example, command between a cool $500,000 and more than $1 million-plus per post. That’s big money for a bag of dried leaves. Which begs the question: are detox teas a super fat blaster, or just a big fat scam?

What are weight loss teas and how do they work?

The thing about detox teas – or ‘teatoxes’ as they have been snappily dubbed – is that when you first clap eyes on the trendy, pastel packaging and cutesy, fruit-shaped infusers, they can seem pretty healthy. Scroll through the slick websites for products such as US brand Flat Tummy Tea (the Kardashians’ preferred brew) or its many, many imitators and you’ll find pictures of fit, attractive women alongside promises to “detoxify your intestinal tract”, “activate your metabolism” and give you an “energy kick”. The teas are often split into a morning blend and an evening cleanse and while the contents vary, they’re likely to include ingredients such as peppermint, dandelion, artichoke, green tea and liquorice. So far, so herbal, right?

Well, many of the evening teas also include a herb called senna, which has a special effect on your bowels: it gets them moving. This over-the-counter laxative is used to give teatox drinkers the flat tummy results they’re chasing – by chaining them to the toilet.

“These teatoxes are purely just a laxative tea that makes you feel unwell so that you don’t feel like eating much,” explains dietitian and body positivity advocate Lyndi Cohen, author of The Nude Nutritionist. “Any weight you do lose is temporary because you’re losing so much water weight.”

The key laxative ingredient in these teas, senna, works by stimulating the bowel to contract, which can be as painful as it sounds – side effects include stomach cramps and diarrhoea. All that time on the toilet is not just inconvenient, it can leave you dehydrated and, as Cohen notes, “Dehydration can lead to fatigue, disorientation and loss of concentration because you’re not getting enough liquid or nutrients.”

Thanks to the diarrhoea, a teatox is likely to obliterate your gut’s microbiome, and taken long-term, which isn’t medically recommended, senna can mess with your body enough that your bowel becomes dependent on a laxative nudge for its daily business. Ugh.

Thanks to the backlash around senna and its damaging effects, many brands now instruct users to take their night-time tea every second evening only, while others have ditched the ingredient altogether, focusing on milder diuretics such as dandelion and nettle. Senna or not, drinking a slimming tea is unlikely to result in actual slimming, according to GP Dr Preeya Alexander.

“Honestly, there isn’t a lot of medical evidence to suggest that these detox teas work,” she says. “Of course, if you replace soft drinks or fruit juices with these teas, which are generally calorie neutral, and start eating well and exercising, which is often what happens when you invest a truckload of money into a box of teas, then you might see some weight loss – but I wouldn’t say that the tea should get all the credit!”

So, if teatoxes are at best ineffective, and at worst downright dangerous, the question is: why are they still selling rapidly? Put your hands together for the power of social media and those aforementioned celebrity influencers.

“Social media provides that perfect balance of aspiration with what appears to be achievable,” explains Rachel Cohen, a clinical psychologist and founder of the body positive Empower Me Project.

“[Many of us] don’t realise that these celebrities have taken multiple photos, edited them, curated them, and they’re being paid to take certain photos by various brands and stage them in that candid way. We see it as relatable and real, then we buy into it.”

There’s no ignoring the impact of social media on body image – a topic PhD candidate Rachel Cohen has been researching.

“I found that appearance-focused social media use is related to negative body image and disordered eating,” she says. The constant access to glossy images of celebs, influencers and even our friends on social media “makes women feel more preoccupied with appearance, feel less satisfied with their own body and often, as a result, they engage in unhealthy dieting or exercise strategies to try to achieve this ideal body”.

Our brains like simple maths, she adds, which is why we’re inclined to believe an influencer’s toned tum is the result of tea, rather than the more likely combo of a gruelling workout regimen, strict diet and good lighting. It can be too easy to buy into the digital facade, as dental practice manager Natalie Mansoorian, 36, knows well.

“I first tried a detox tea when I was 17 and I did notice some pain and loose stools,” she recalls. When she “wasn’t noticing rapid enough weight loss”, she upped her intake. “I [then] experienced extreme cramping and diarrhoea.” Though it gave her “some temporary weight loss and longer-lasting self-loathing”, Mansoorian describes the teatox as a “gateway”, and she continued experimenting with diet fads and detoxes, many sourced from social media, until the age of 32. Even now, Mansoorian remains cautious. “I need to keep tabs on my consumption of social media to ensure I don’t slip into a cycle of superficial self-criticism,” she says. “It’s not easy, as the messages are so pervasive.”

With its focus on before-and-after images and talk of “getting back to flat”, teatox marketing can be particularly dangerous, confirms Rachel Cohen. “Any language that stigmatises certain body types and glorifies others is very damaging for us psychologically.”

So what should you actually do?

Perhaps you’re not chasing a quick weight-loss fix but, instead, a health reboot. One of the main selling points of teatoxes, after all, is that they act as a cleanser for your insides, sweeping away the sluggish effects of too much alcohol, food and indulgence. The good news? You don’t need any help to freshen up.

“The whole idea that your body needs a detox is BS,” says Lyndi Cohen. “It’s complete nonsense and so widely believed and promoted by health influencers that it’s easy to think you need to detox your body periodically. But the thing is, your lungs, your pores, your circulation – your body – already detoxes your body for you. If you didn’t, you’d die.”

Instead, she recommends investing the willpower it takes to complete a teatox program into making small, effective lifestyle changes, such as having a few booze free nights a week, or starting an exercise routine. If you’re doing a teatox or have recently finished one, your body almost certainly needs some TLC in the form of a probiotic boost. Plain Greek yoghurt, fermented foods and fibre-rich ingredients such as nuts, dates and pears are key for restoring gut bacteria and function, explains Lyndi Cohen. But, most importantly, be kind to your body and work on rebuilding its trust.

“To do this, the best thing you can do is start listening to your hunger,” she says. “So when you wake up in the morning, wait to feel hungry and then eat a meal. If you feel hungry, don’t try to ignore it by having a tea or going for a walk … Our appetite is our body’s natural way of regulating our weight. By tuning into hunger and listening to when our appetite tells us to eat, our weight can take care of itself.” No Insta-worthy tea required.