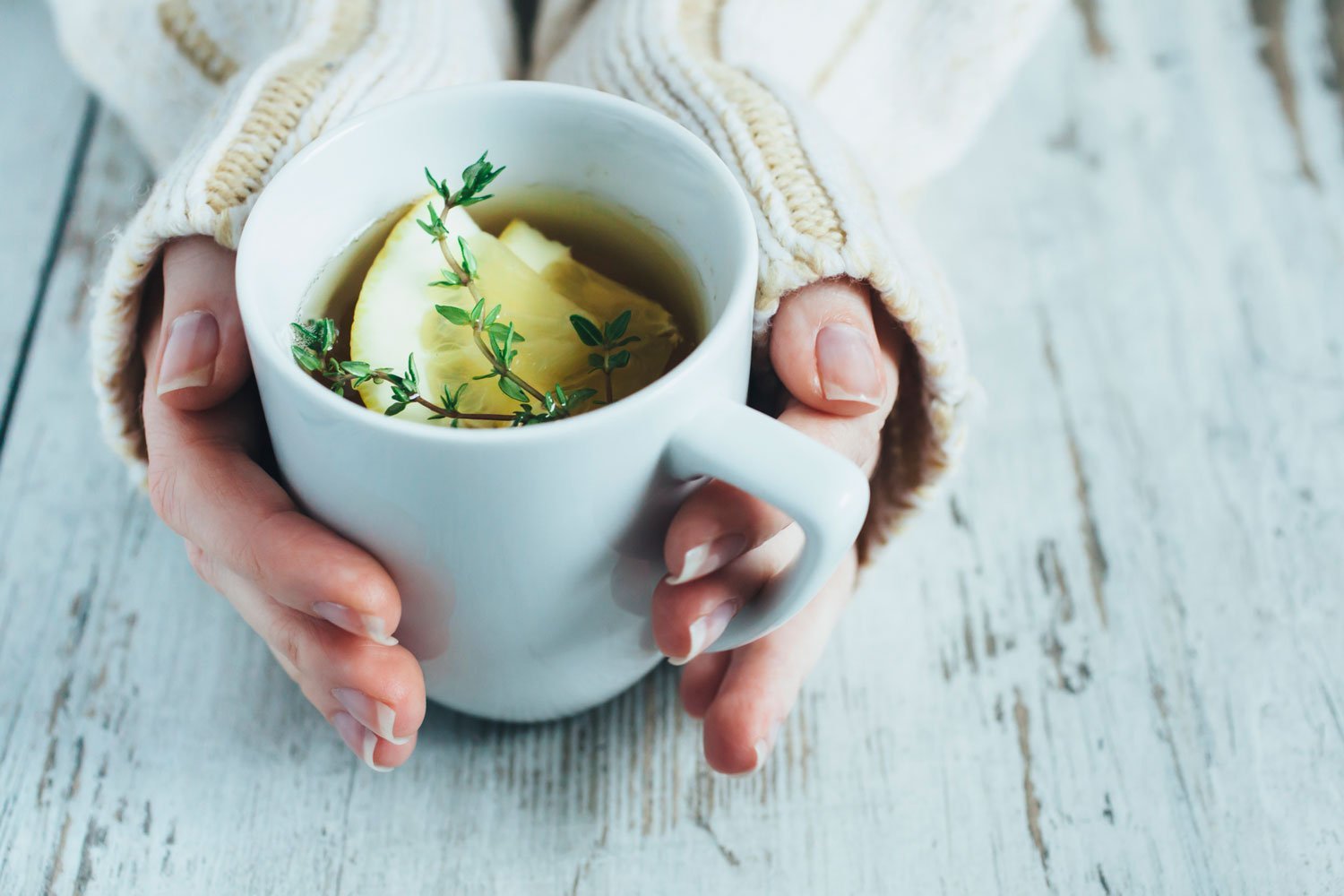 The Interwebs can’t stop talking about weight-loss teas (cough, thanks, Kardashians), but most of it is just that: talk. For all the Instagram influencers hawking these miraculous “teatox” drinks, filled with unpronounceable mystery ingredients, there’s not a lot of science to back up their claims.

But, do you know what does have science behind it? That regular ol’ box of tea that you have sitting in your cupboard right now.

Case in point: A just-released animal study published in the European Journal of Nutrition found that, by lowering levels of obesity-promoting bacteria in the gut while also increasing the number of lean mass-supporting bacteria, black tea may promote healthy weight loss. “Some black tea components stay in the intestines and serve as fuel [or prebiotics] for ‘friendly’ bacteria in the gut,” explains Jennifer McDaniel, dietitian, a spokesperson for the Academy of Nutrition and Dietetics who was not involved in the study. “These changes in the gut bacteria positively influence energy metabolism and may be what is responsible for modest weight loss.”

And it’s not just black tea that has weight-loss benefits. “While no tea or herbal beverage will lead to significant weight loss, there may be ingredients in teas or herbal drinks that directly or indirectly support weight loss in addition to the right diet and exercise,” McDaniel says.

Here, seven common types of tea can also help you shed pounds—straight off the shelf, no celebrity endorsement necessary.

There’s some evidence that green tea, like black tea, can help people lose weight—thanks to antioxidant compounds, called catechins, found in dried green tea leaves. “Catechins in green tea may stimulate the sympathetic nervous system to increase energy expenditure and to promote the oxidation [breakdown] of fat,” explains Stefanie Mendez, R.D., co-founder of Matriarch, a women’s fitness and nutrition service. “Some research suggests that long-term consumption of catechins may even reduce risk of heart disease by preventing the formation of LDL cholesterol, which is the leading cause of atherosclerosis, or clogged arteries, as well as decreasing body fat.” McDaniel recommends drinking at least four cups of regular green tea (not decaf) to reap the benefits.

“Unlike green or black tea, white tea leaves are not oxidized and therefore retain a high concentration of catechins,” says McDaniel. “The catechins in white tea may increase metabolism and promote the loss of abdominal fat and body weight. Like green tea, the combination of catechins and caffeine work in a synergistic way to promote weight loss.” So again, opt for caffeinated. Just don’t drink it right before bed.

“Flavonoids found in chamomile tea may promote relaxation and help individuals fall asleep faster,” McDaniel says. “It’s well known that sleep deprivation hinders weight-loss progress. So if individuals can rack up more Zzz’s by drinking chamomile tea before bed, it may indirectly help them lose weight.” When it comes to sleep, it’s all about routine—make that cup of chamomile part of your nightly bedtime ritual.

Like green and black tea, oolong also contains tea polyphenols that could offer health benefits. “Similar to green tea, it’s suggested that oolong tea could decrease body fat content and reduce body weight through improving fat metabolism,” Mendez says. “Some small studies also show that oolong tea may slightly raise metabolism by roughly 3 percent, although more research is needed to determine if this is a short-term metabolism boost, or has a longer-lasting effect.” Researchers are also unsure whether that metabolism boost is due to the antioxidants oolong contains or the caffeine—so go ahead and buy your oolong caffeinated, too.

Peppermint has long been linked to digestive health, since it helps to relax the body’s intestinal muscles. “But it has been suggested that mint and peppermint may help with weight loss by way of suppressing appetite,” Mendez says. One study even found that when people inhaled peppermint every two hours, they automatically ate 2,800 fewer calories per week.

Packed in this South African plant is a flavanoid called aspalathin, which could potentially boost your weight-loss efforts. “Aspalathin may help balance blood sugars and improve insulin resistance,” McDaniel explains. “If insulin resistance is improved, carbohydrates are metabolized more efficiently, allowing carbs to be used for energy versus fat storage.”

This article was originally published by Women’s Health.

Related posts:
07/05/2018 Diet & Food Comments Off on 7 Teas That Might Help You Lose Weight, According to Nutritionists
Diets News