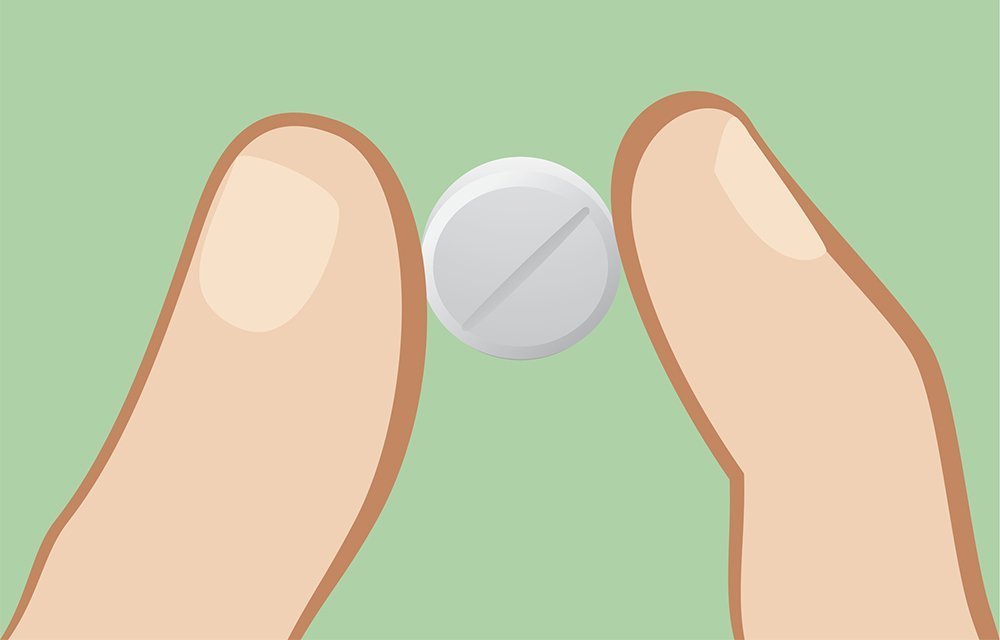 If you’ve ever been on or even thought about going on some form of birth control, the question, “Will this make me gain weight?” has probably passed through your head. Weight gain is a common complaint and concern for many patients, says Mary Jane Minkin, M.D., a board-certified ob-gyn and a clinical professor at Yale University School of Medicine.

The problem is that, for the most part, the reason why hormonal birth control might make you gain weight is a mystery, says Minkin. The pill, the ring, the patch, IUDs, and the shot can have vastly different side effects on women because we all have different hormone levels—for instance, you may have more naturally-occurring oestrogen in your system than your BFF. And, unfortunately, the only way to know how a particular brand will affect you is to give it a try. So you’re essentially playing Russian roulette with your B.C.

But it’s not completely hopeless. The first step to determine whether or not your birth control will wreak havoc on your waistline is to find out which hormones it contains, says Minkin. When women gain weight on the pill, patch, or vaginal ring, which contain oestrogen as the main baby-fighting ingredient, they’re most likely putting on water weight, says Minkin. That’s because oestrogen can cause fluid retention, she says. The good news is that you’ll most likely be peeing out the excess weight at the end of each cycle when you’re off the pill for a few days, she says. Keep in mind this water-weight fluctuation could be up to 4.5 kilograms.

RELATED: This Fitness Blogger Reveals The Hidden Side Of Weight Loss

Even if you can count on losing up to 4.5 kilograms once a month, a weight fluctuation like that (obviously) isn’t ideal. The best way to avoid gaining water weight is to choose a birth control pill that contains drospirenone as the progestin component, like Yaz, Yasmin, and their generics, says Minkin. Typically, these don’t lead to weight gain because drospirenone acts as a diuretic, keeping you from retaining water. “Women don’t usually complain of bloating on these pills,” says Minkin. Unfortunately, only the pill contains drospirenone, according to the FDA.

But when it comes to other forms of hormonal birth control that don’t contain oestrogen, like the shot, implant, and hormonal IUD, your weight gain is more likely to be fat than water weight, says Minkin. It’s difficult to pin down the exact reason why progestin makes some women gain weight, because there aren’t enough controlled studies to say for sure, she says.

“The only definitive answer I can give is based on what I see, and typically a lot of women gain up to 4.5 kilograms from the Depo-Provera shot,” she says. Although she can’t say for sure, Minkin thinks the weight gain might have something to do with having a high concentration of progestin injected into your body every three months, as opposed to the implant or an IUD, which send progestin into the blood stream at a lower and slower rate. “If weight is the big concern, I would avoid the Depo-Provera injection; otherwise the other methods are reasonable,” she says. Although, Minkin adds that she has seen some patients gain weight with the implant—but not as much as with the shot.

RELATED: Study Reveals That Doing These 4 Habits Will Stop You Gaining Weight

If you’ve gained more than 4.5 kilograms after starting a new form of birth control, your weight gain might be related to something else, says Minkin. “Don’t forget that many folks put on a little bit of weight every year,” she says. “So someone who is on the pill might blame [that], when it might just be the normal gain.” If you’ve gained a lot of weight after starting a new method of birth control, Minkin suggests turning to diet and exercise to see if that makes a difference. She also stresses that women who are already active and conscientious of their diet are less likely to report weight gain on the pill. But if you’re already working out and eating well, it’s worth consulting a doctor to explore other causes.

If you’ve found that hormonal birth control leads to weight gain no matter what kind of contraception you’re on, talk to your ob-gyn about the Paragard IUD, says Minkin. This non-hormonal, copper IUD is an excellent form of contraception, says Minkin. And it shouldn’t impact your weight at all.

This article originally appeared on Womenshealthmag.com.

Related posts:
07/04/2018 Diet & Food Comments Off on This Is How To Avoid Gaining Weight On Birth Control
Diets News