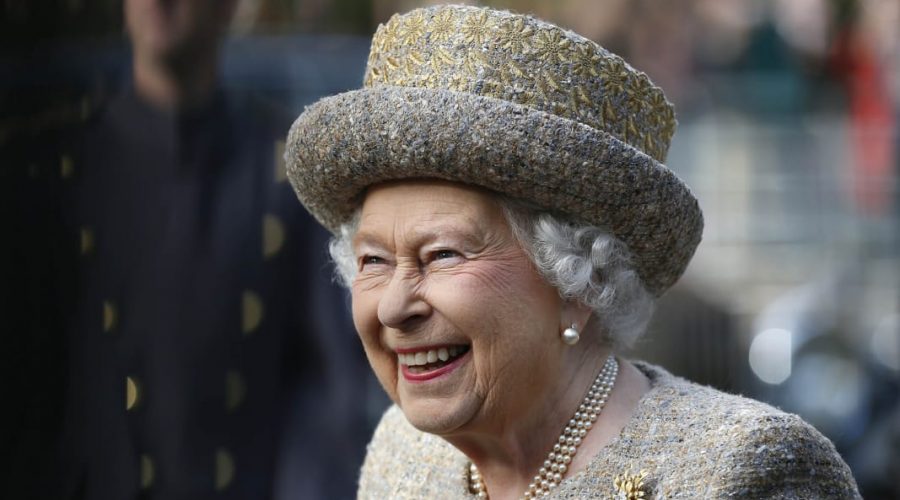 The last time we checked in with the queen, her diet was extremely British. Gin before lunch? You know it. Jam pennies for tea? Um, obviously. And it would probably surprise no one to learn that she regularly eats venison and pheasant for dinner. Well, all that’s changing, because it turns out that lately, Queen Elizabeth has been majorly into Caribbean food.

Apparently, it all started with Buckingham Palace’s Caribbean Scholars program. Mark Flanagan, royal chef, said in the documentary Queen of the World that young hospitality professionals from the Caribbean have been working at the palace, and they’ve brought their own beloved recipes to the queen’s kitchens.

While the young chefs are also learning to make fancy-pants British palace food, they’ve been serving up traditional Caribbean dishes too. The biggest hit so far was callaloo soup, which the queen requested be served more often after her first time tasting it.

Callaloo is a dish made from leafy greens (usually taro, amaranth or xanthosoma), which, depending on which island you’re on, is either simply stewed with a few aromatics or combined with ingredients like coconut milk, aromatics, seafood and peppers to make it into a heartier meal. It was brought to the Caribbean by enslaved people from West Africa and is similar to other dishes from that region.

Flanagan said that after serving this dish, he received "email after email telling me that it must now feature more regularly."

It’s great to see that even at the age of 92 the queen is still open to trying new things. Props to the young chefs from the Caribbean for making the journey to England to open the minds and palates of the royal family.

Related posts:
09/27/2018 Diet & Food Comments Off on The Queen Has a New Favorite Food
Diets News