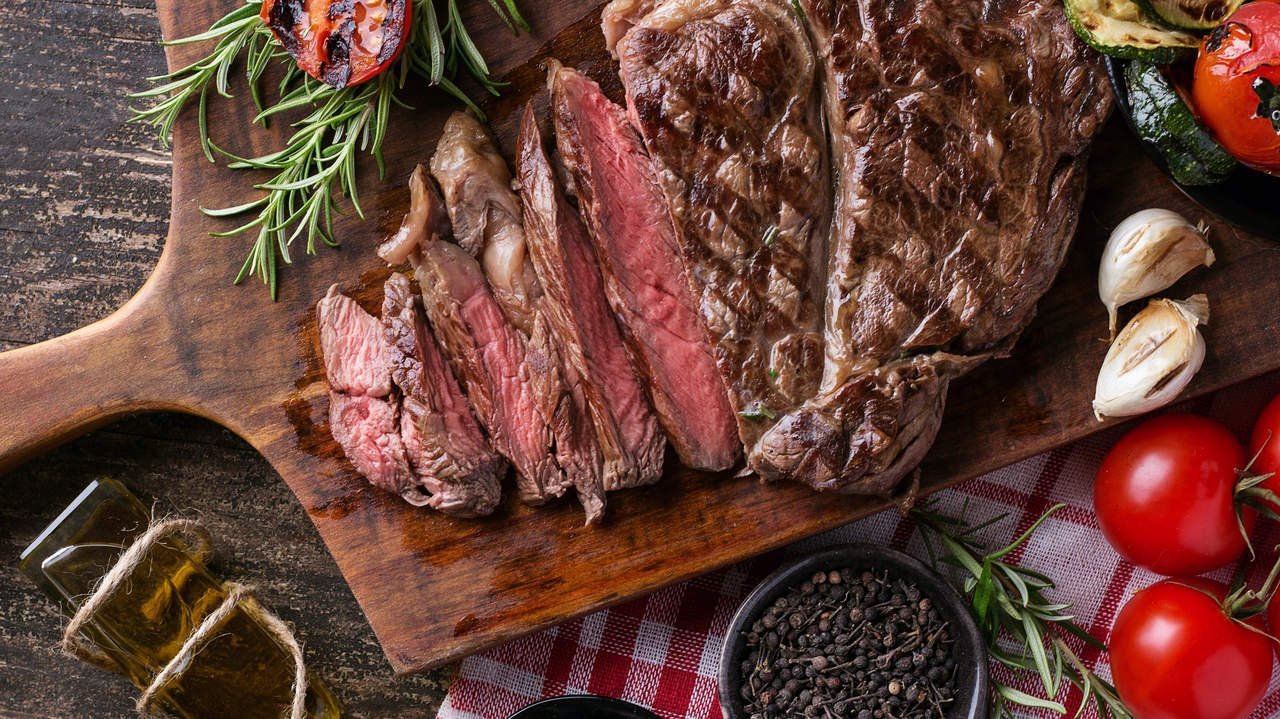 Practically every week, a new diet hits the news cycle instructing us on exactly what to eat—and what not to eat. The keto diet encouraged us to consume lots of fat but very little carbs. The paleo diet advised that we load up on fruits and vegetables but steer clear of anything high in fat and processed.

Now it’s the carnivore diet’s turn. This buzzy plan says no carbs, including no fruit or vegetables. Just meat. Seriously. But before your inner burger lover gets too excited, you need to hear the details.

There isn’t much information on the diet yet, and no research backs it up or busts its claims. But based on social media posts from the carnivore diet’s growing fan base, here’s what it entails: You can eat meat, fish, eggs, butter, cream, and some other dairy products. But you must avoid fruit, vegetables, grains, beans, nuts, and seeds.

“In my opinion, this is a recipe for disaster,” says Health contributing nutrition editor Cynthia Sass, MPH, RD. “You’re missing out on a very broad spectrum of health-protective nutrients, including fiber, antioxidants, vitamins, minerals, prebiotics, and phytonutrients.”

Sass explains that nutrients found in plant foods play an important role in regulating a variety of crucial bodily functions, such as immunity, cognitive activity, digestion, and circulation. Oh, and without plant food, she predicts that adherents to this diet can expect serious constipation.

“Optimal nutrition goes far beyond just protein and fat,” Sass says. “Plants are the foundation of the optimal human diet. In addition to hundreds of studies that support this, we see that populations around the globe that live the longest, healthiest lives have a high consumption of plants.”

How does the carnivore diet stacks up against low-carb plans like keto and paleo? Sass says it’s far riskier health-wise, since all plant products are eliminated. While keto and paleo might say no to some plant foods, neither diet does away with them completely. The carnivore plan is much more restrictive, which could make it harder to maintain.

So why do some social media users claim to have lost weight or felt healthier after going on the carnivore diet?

With many popular diets, including this one, you eliminate an entire food group (or multiple food groups) from your daily caloric intake. Without the calories you’d get from the banned food groups, you’re bound to drop pounds. The carnivore diet “is also a no-carb diet, which means you wipe out glycogen, the carbohydrate stores we carry in our muscle, as well as the water stored with glycogen,” Sass says.

Because protein and fat are also very satiating, you’ll likely stay full longer if these are the only macronutrients you’re consuming—even though your body isn’t getting all the nutrients it needs to function properly long-term.

Sass has another theory explaining why fans say they feel better after going carnivore. “I think the reason some people feel better is because they’ve eliminated sugar, refined carbs, and processed foods, which can wreak havoc with energy and mood and promote inflammation,” she explains. Also, people who reported feeling better on the carnivore diet may have unknowingly eliminated foods they were sensitive to that caused things like bloating or skin inflammation.

However, in the absence of any research on the carnivore diet, it’s hard to know its long-term effects, both good and bad. “There are ways to properly nourish your body, feel well, and successfully lose weight that do not require such extreme restriction,” Sass says.

Eating plans as strict as the carnivore diet are often unsustainable and can lead to feelings of frustration and defeat. If you’re looking to lose weight or resolve health issues, it’s important to follow a diet that fits your lifestyle and isn’t so restrictive. Before trying  one, check in with a doctor or nutritionist, who can help you figure out the best eating plan that will actually improve your health.

Related posts:
08/15/2018 Diet & Food Comments Off on Here’s What a Nutritionist Really Thinks About the Carnivore Diet
Diets News