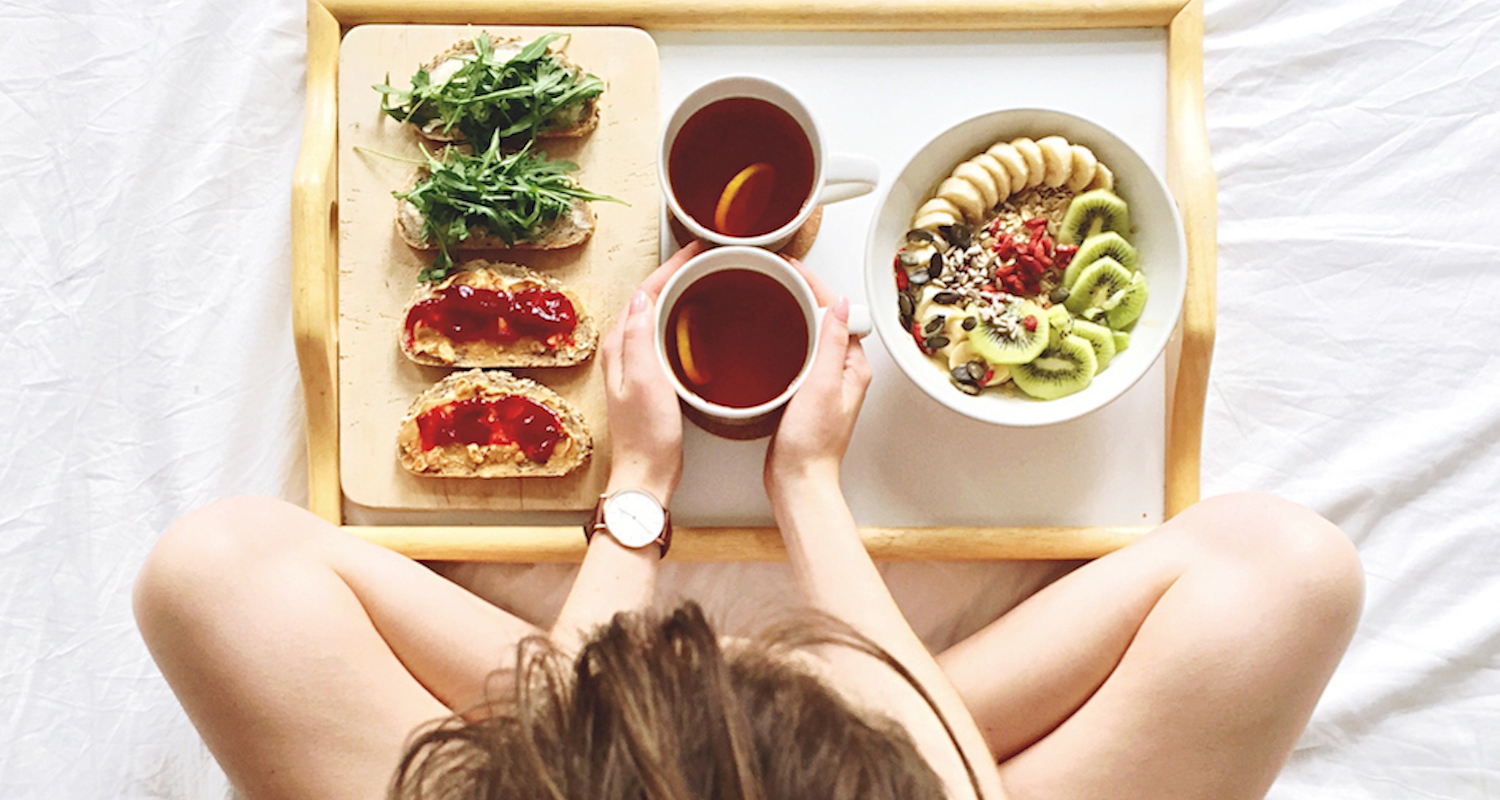 Can you change your body without overhauling your diet?

Emerging research suggests one simple tweak could help. Buzz is building around a brand-new acronym: time-restricted feeding (TRF). Basically, an intermittent fasting diet that restricts your eating period to between eight and 12 hours a day. The clock starts with your first sip of coffee and ends with your last bite of dinner.

So what’s the deal?

“When we eat a meal, we process most of it over the next three hours. For many, a lot of their day is spent in this period, when multiple meals and snacks are consumed,” explains Dr Evelyn Parr of the Mary MacKillop Institute for Health Research at the Australian Catholic University.

“If someone eats until 10pm and then has breakfast at 7am, they don’t have a long overnight fasting period. From rodent research, the length of that period could be important in improving metabolism.”

How does it work?

A bit like this: in a 10-hour feeding schedule, you could have breakfast at 9am, lunch at 1pm and dinner at 6pm – with your last mouthful by 7pm.

“My hunch, from what I’ve seen in our preliminary data, is that it may be better to delay breakfast a little and certainly bring dinner  earlier – although everybody has a different circadian pattern,” says Parr, who studies time-restricted feeding.

But the big question: why do it that way? Glad you asked.

“The end of the day is when our body responds poorly to insulin – the hormone released from the pancreas in response to food. When we’re eating really late, insulin doesn’t work as well, so we get exacerbated glucose responses to that food,” explains Parr. “In our study, we’re looking at eating within an eight-hour period, starting at 10am and finishing by 6pm. However, for most people, 10 hours would probably be more achievable.”

We agree! The other bonus? If you stop eating earlier in the evening, it also cuts out late-night vices by default. Let’s face it: pre-bed snacks are more likely to be ice-cream, choc or a glass of red, rather than a bowl of broccoli.

“Although the idea is to eat the same food, but fit it in a shorter time window, there are also times that people eat certain foods,” Parr points out. “For example, alcohol is something you typically drink later at night, so if you bring your cut-off time earlier, you’re probably likely to drink less. But you’re not actually saying, drink less.”

“By eating earlier, you’re way more likely to choose nutritionally valuable foods and reach your dietary targets for core food groups. You also give your body the opportunity to digest, use or store carbohydrates (including sugar, protein and fats) in different (preferable) ways in comparison to if you were to eat these later at night just before you go to sleep.”

So what does the science say?  Back in 2012, Dr Satchidananda Panda, a professor at the Salk Institute for Biological Studies and a pioneer in the field, found that  mice who ate within an eight-hour time window were healthier and weighed less than those who were free to eat throughout the day. Here’s the key: both groups of mice ate the same number of kilojoules from the same high-fat diet.

Panda’s follow-up studies found even if they ate for a period of 12 hours, there were still benefits for weight control. (Mice are nocturnal, but in humans this would be from 7am-7pm, for example.)

Bonus: mice who took a ‘break’ on weekends had similar results to those who followed the diet every day. Another study led by Panda and published in the journal Science discovered fruit flies on a 12-hour time-restricted feeding schedule slept better, gained less weight and – critically – had better heart health than  their fly friends who ate whenever they wanted, despite eating  roughly the same amount of food.

Flies and rodents are rad, but how about humans? Before you start winding back the clock, keep in mind that human research is in the very early stages. Parr is studying the effects of eating within an eight-hour period – but the results are still TBC.

“It could help with maintenance of lean muscle mass, because when people cut kilojoules they often lose muscle mass and slow metabolism,” she says. “I’d suspect fat mass loss would occur, if this was over a reasonable period of time. Time-restricted feeding as an eating regime may also improve blood glucose regulation, which is extremely important for so many  people who have type 2 diabetes  or prediabetes. However, at this stage, the research is in its infancy and we have a lot more to learn.”

Looking to shed kilos? Then know this: a human study led by Panda in Cell Metabolism found overweight individuals who weren’t asked to change their diet but restricted eating to within 10 to 11 hours each day lost an average of 3.5 per cent of their body weight after 16 weeks. Added win? They reported better sleep and energy levels, too.

A recent study from the University of Alabama at Birmingham also found eating for a short period early in the day can reduce hunger swings and rev up fat burning in the evening. Beck points out there’s one big upside to intermittent fasting in general.

“It puts people back in control of their own hunger and appetite cues. A lot of us have become conditioned to eating so regularly that we tend to panic at even the slightest hunger pang,” she says. “Intermittent fasting allows people to actually assess how hungry they really are – and also often illuminates how little food you actually need to feel satisfied.”

Planning to eat earlier? “Make sure dinner contains enough protein – it’s the only macronutrient that sends chemical messages to your brain to signal you feel full,” Beck advises. Plus, eat fibre-rich foods to help manage appetite. “If you do feel hunger and cravings later in the evening, first ask yourself if you’re truly hungry or just eating out of habit. Also, have a glass of water to make sure you’re not just thirsty.”

However, until science catches up, it’s a case of ‘watch this space’.

“Our understanding of nutrition, as opposed to fasting, is a lot more advanced,” Beck explains.

“Currently, we have a pretty extensive (but certainly not complete) understanding of nutrients that our bodies require to grow, develop and maintain health. We also know that if these nutrients aren’t provided in our diets over an extended period of time, then we’re likely to develop potentially debilitating nutritional deficiencies.”