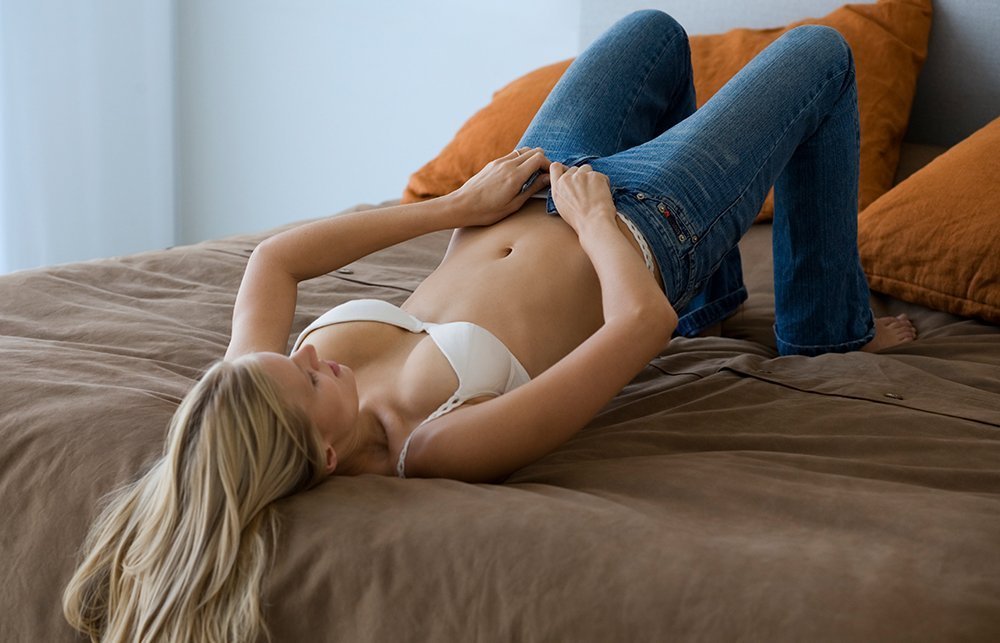 Atkins, South Beach, and other low-carb plans worked for one simple reason: we ate less. A review of low-carb diets in the medical journal The Lancet found that how long you stay on a diet and how much you restrict your kilojoule intake are the only factors that determine weight loss. When you swear off carbs, you abandon bread, rice, pastas, and desserts – high-kilojoule staples for most of us.

Make it work for you
Eating fewer kilojoules than you burn is the only way to start losing weight, but you don’t need to count ’em.

“Your body is equipped with ingenious mechanisms that automatically count the kilojoules, fat, carb and protein content of everything you eat,” says Dr Amanda Sainsbury-Salis, scientist at the Garvan Institute of Medical Research, author of The Don’t Go Hungry Diet.

“The easiest way to achieve a kilojoule deficit is to pause before you eat to figure out how hungry you really are. Then stop as soon as you feel satisfied – not stuffed.”

What should your kilojoules consist of? The best balance, according to a review in the Journal of the American Dietetic Association: 35-50 per cent carbs, 25-35 per cent fat, and 25-30 per cent protein.

And not just because you’ll get so hungry that late-night fridge raids become inevitable. Your body thinks you’re starving when you lose too much too fast. So instead of burning kilojoules, it conserves them in the form of fat. In fact, as many as half of the kilos you drop during crash dieting come from muscle, not fat. And because muscle stokes your metabolism, losing muscle means you’ll burn fewer kilojoules.

Make it work for you
Aim high, go slow. A study from the US’s University of Minnesota found that people who hoped to lose a lot of weight were more apt to get slim than those who didn’t think as big. To keep muscle, don’t try to lose more than a half a kilo a week. In the meantime, go ahead and buy that dress in a size 10. It may hang in your wardrobe for five months – a healthy and realistic time frame to lose 10 kilos – but it will be a powerful incentive.

#3 Focus on food over exercise

Working out is essential to fitness and feeling good, but it’s not the be all and end all. “People don’t understand that for every 20 minutes of aerobic exercise you do, you burn around 400 kilojoules. That doesn’t give you the liberty to eat anything you want,” says John Jakicic, chairman of the Department of Health and Physical Activity at the University of Pittsburgh in the US. You can wipe out one exercise session with a Snickers bar.

Make it work for you
Do a little every day. Eating less is easier than trying to jog off extra kilojoules. That said, don’t cancel your gym membership. A 2005 paper in the Journal of Applied Physiology shows that physical activity along with diet can ensure that most of your weight loss comes from fat – as much as 98 per cent, according to the US National Institute of Health – rather than muscle. Get at least 30 minutes of moderate-intensity exercise like walking, swimming, or stair-climbing, most days of the week.

#4 Pump up the volume

It may not be glamorous, but fibre is a healthy eater’s best friend. Foods rich in water and fibre are bulkier, but contain fewer kilojoules. A cup of strawberries, for example, has about the same kilojoule count as a small biscuit but is far more satisfying. In a study at Pennsylvania State University, women ate the same weight of food over a two-day period. When the women ate higher-fibre foods on the second day, they took in 30 per cent fewer kilojoules but didn’t feel any less full. In another Penn State study, obese women who ate foods with higher water and fibre content lost 40 per cent more weight than women who simply limited portion size and cut back on fat.

Make it work for you
Stock up on soup and grains. Feel more satisfied on fewer kilojoules by starting your meals with a big bowl of stock-based soup or a large green salad (heavy on vegetables, light on fatty toppings). Eat lots of fibre-rich, wholegrain foods like roasted capsicum stuffed with brown rice or vegetable stew with barley or quinoa.

Roughly 10 per cent of the kilojoules you eat are used to fuel digestion. Because of that, eating more often seems like a brilliant way to keep your metabolism going strong – which is why many nutrition experts recommend eating six small meals during the day instead of three big ones. But medical research supporting frequent mini-meals is scant. If you eat six times a day while trying to keep to, say, 5500 kilojoules, pint-sized meals won’t necessarily satisfy. It doesn’t work for everyone. The hungrier you are, the more opportunities you find for unscheduled feedings.

Make it work for you
Standardise your eating habits. However many times you eat, do it the same way every day. A British study found that women who ate the same number of meals each day ate less than those who didn’t. Plus, when the women ate inconsistently, that handy metabolism-fuelling trick didn’t kick in as strongly. Foods that keep you feeling full longer make it easier to stay consistent. You already know about fibre – see Law #4 – but slow-burning protein works, too. A study from the US’s University of Washington School of Medicine found that people who ate a high-protein diet staved off hunger pangs and ate less throughout the day. Beat the constant need to eat with foods like low-fat yoghurt and fresh fruit, a hard-boiled egg with wholegrain toast, or peanut butter on celery sticks.

#6 A serve is smaller than you think

Accept that the amount of food you typically get at a restaurant is often super sized. “If you eat just 75 per cent of what’s in front of you, you still might get too much,” says dietician Tara Gidus. Worse, the more there is, the more we eat – even when the food’s not appealing. In a recent study in the Journal of Nutrition Education and Behavior, researchers gave movie-goers either a medium or large container of popcorn. Some got fresh popcorn; the others got two-week-old popcorn. Not surprisingly, those with the fresh popcorn ate 45 per cent more when they had large tubs. But even those with the nasty popcorn ate about a third more. Why? Because it was there.

Make it work for you
Play mind games. Get used to thinking of your Chinese takeaway as two meals, not one, and refrigerate half the duck pancakes before you even start eating. And when you play chef, serve up your masterpiece on small plates; less food will look like more, and you’ll have the satisfaction of scraping your plate.

“Diet” comes from the Greek word “diaita” which means “a manner of living.” By that definition, your work isn’t finished when you reach your dream weight. The stats tell the same story. More than 90 per cent of people who lose weight eventually gain it back once the diet is “over.” When you weigh less, your body doesn’t have to work as hard to move around. So – and it pains us to say this – you burn fewer kilojoules as a size 12 than a size 16. Which means you need to eat less to stay that smaller size. The good news: if you add more exercise you won’t put weight back on.

Make it work for you
Hit the elliptical machine, pedal your bike, play netball – anything that ups your heart rate, says Dr Jakicic. But women lose about two kilos of muscle each decade, says fitness research director Dr Wayne Westcott. So you need leg presses and triceps curls for weight maintenance too. New research published in the Journal of Strength and Conditioning Research shows that the order in which you work out affects how kilojoules are burned. If you’re heading to the gym for spin class and free weights, spin first to burn more.

Repeat after us: meal replacements don’t work. Those chocolatey shakes for breakfast, lunch and dinner, bars that promise to replace your meal… put them down and save your cash. OK, they might make a tasty snack, but they don’t teach you how to eat healthily in the long term and it’s unwise to think you can live off milkshake and chocolate bars instead of real food. “There is no randomised controlled long-term scientific evidence that using meal replacements helps people to keep weight down,” says Dr Sainsbury-Salis. “On the contrary, there is emerging evidence in the opposite direction; that meal replacements can contribute to eating disorders.” Plus losing weight at a very fast rate may increase your risk of developing gallstones (clusters of solid material in the gallbladder that can be painful).

Make it work for you
If you’re going to “replace” a meal, a better choice would be a frozen Lean Cuisine or Weight Watchers low-fat meal. The idea isn’t to eat them seven days a week, but consider them an occasional stopgap for those evenings you get home late and don’t want to cook, or before a Socceroos game, where the nachos beckon and you’re always tempted to overindulge.

The multitasking insanity of our lives creates a culture of convenience. Just look at the array of foods – from snack chips to soup – packaged in containers that fit neatly into car cup holders. This may make the next piece of advice a little hard to take, but: whenever you eat, that should be all you do. In a 2001 study in the American Journal of Clinical Nutrition, women ate about 200 kilojoules more at lunch when they listened to a book on tape than when they ate alone with no distractions. A Finnish study found that only 20 per cent of subjects ate because they were hungry; some noshed to have something to do while reading or watching TV.

Make it work for you
Be done with it. It’s hard enough to know when to stop eating – it can take up to 20 minutes after you’ve eaten for your brain to register fullness. But it’s even harder when you’re stuck in traffic with a bag of Doritos. So learn to rate your hunger. At minus four, you’re ravenous; at plus four you’ve hit post-Christmas lunch status. Eat slowly and give your body enough time to digest before deciding you’re only at zero. You’re “done” when you hit plus two or three. And “choose something nutritious in place of chips, such as nuts, dried chickpeas or wholegrain crackers,” says Dr Sainsbury-Salis. “Medical research shows that your body’s ‘stop eating’ signals work most effectively when you choose minimally processed foods.”

#10 Exercise with a partner

You don’t need a PhD to know that dragging your partner clothes shopping is a waste of time. But some things, like exercise, are worth a team approach. A University of Pittsburgh, US, study showed women who work out with a partner lose a third more weight than those going it alone. Plus, exercise can rev your sex drive due to the increased blood flow to your bits.

Make it work for you: Get him motivated. “Men are goal-oriented, so set up rewards for meeting small goals,” says psychologist Dr Eleanor Cole. (Like when you bought yourself that new Stella gym bag.)

It takes about four weeks – or, say, 12 trips to the gym – for exercise to become a habit. Get him addicted by offering a small incentive after every four workouts, like movie tickets for The Avengers (you’ll benefit, too – hello, Chris Hemsworth).