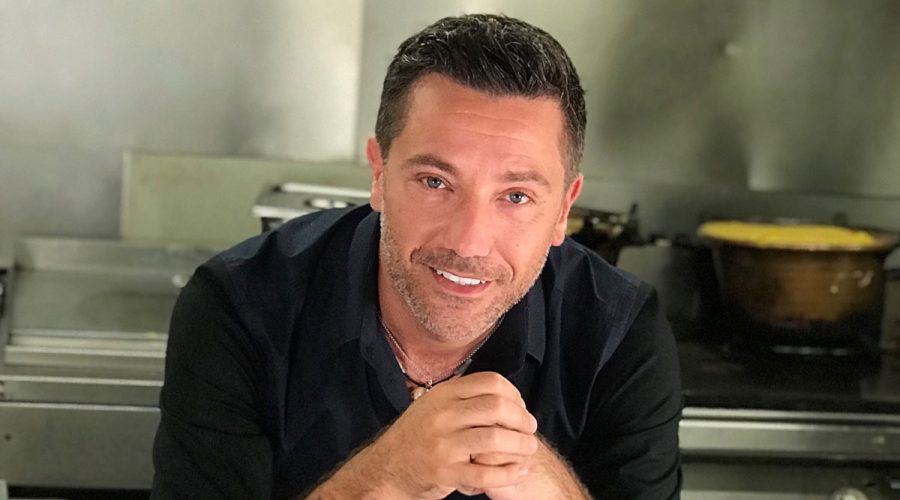 It’s a very exciting week for Gino D’Acampo, who announced some big news with his fans via social media on Monday night – his restaurants are now delivering!

The This Morning chef – who has been spending time at his second home in Italy during the coronavirus pandemic – shared several photos of his hearty meals on Instagram. The tomato pasta, meatballs and fish could be seen neatly packaged into takeaway containers while another snap showed mini delivery cars positioned outside one restaurant.

The celebrity chef is offering online ordering and delivery

“Hi guys, you can now order My Restaurant’s dishes online! You will get 10% off if you come to collect or we can deliver FREE within 5 miles from each restaurant…You can order at GINODACAMPO2GO.COM. Buon Appetito……GDx” the caption read. Gino’s fans were clearly delighted with the news, but many shared their disappointment that they didn’t live within the delivery radius. “Well I am delighted for the ones within a 5-mile radius,” one wrote, and a second devastated fan added: “We don’t live close enough,” followed by a crying emoji.

Several others said they hoped Gino would open up more restaurants to cover more areas. “You need to open a restaurant in Bath,” a third follower remarked, while another asked: “Gino will you be opening a restaurant anywhere in the south of England (preferably Bournemouth)?”

Gino’s latest announcement comes just days after the celebrity chef revealed that all of his restaurants were open again following the coronavirus lockdown.

While fans no doubt missed having access to his food during the lockdown, Gino continued to show off his culinary skills from his home in Sardinia. At the beginning of July, the 44-year-old gave fans a peek inside the kitchen’s traditional Italian decor as he prepared dinner for himself. “I’m cooking Schnitzels in olive oil, fresh rosemary & garlic…What’s your dinner tonight?” Gino captioned the video which showed the chicken sizzling in hot oil.