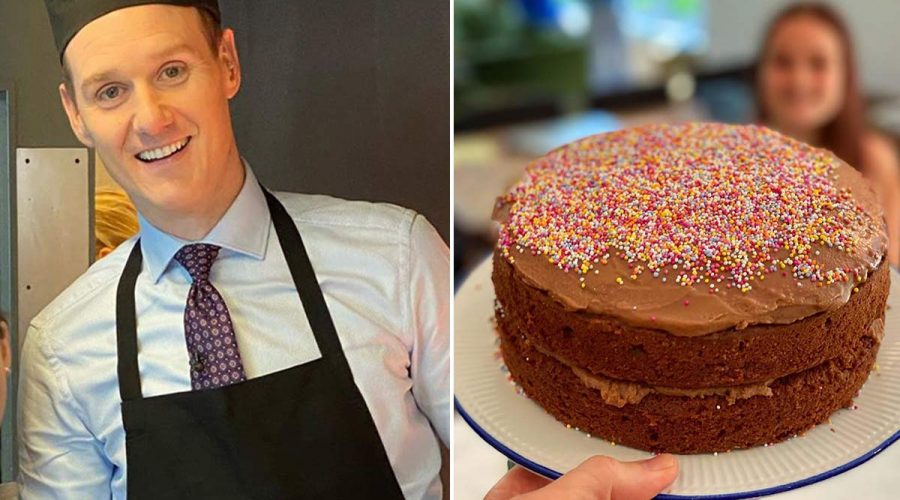 BBC Breakfast star Dan Walker has caused a stir on social media after sharing his homemade birthday cake for daughter Susie. The 43-year-old was clearly proud of his efforts – and so he should be – as he displayed the double chocolate treat to mark the 13-year-old’s special day. The cake consisted of two sponge layers separated by chocolate buttercream, which was also spread across the top and covered with colourful sprinkles for some added texture. Captioning the pic, which also featured the birthday girl blurred in the background, Dan wrote: “We have a teenager in the house. We also have a cake. Happy Birthday Susie.”

While it’s not clear if it was Dan who made the cake, some of his followers appeared to have a running joke with the presenter, telling him that his haphazard frosting technique meant he was “banned from cake club”. One wrote: “Too spongey, not enough chocolate filling or topping. Banned from cake club for 107 days,” followed by several crying with laughter emojis. Another commented: “Filling leakage. Overuse of sprinkles. Lack of candle. Entry to cake club denied. Happy birthday though.”

While another went to town on jokily critiquing Dan’s baked goods, they wrote: “Same filling use on top. Sprinkles on the plate. Sprinkles on side of cake. Sprinkles not sprinkled evenly over top of cake. Stray crumb of cake sponge. Hand in picture. Not all of plate in focus. Poor plate choice, you need something over-elaborate for a b’day, say an eternal beau.” Tough crowd…

Dan lives with his wife, three kids and pet dog in Sheffield

There were, of course, many of Dan’s followers who praised the cake while wishing his daughter many happy returns. One positively wrote: “The cake looks great!! Happy birthday Susie!” A second added: “Very nice looking cake, mmm.” And a third said: “Happy Birthday Susie have a great day. Enjoy that fab cake. Lots of love.”

Dan lives in Sheffield with his wife Sarah, their three children Joe, Jessica and Susie, and their pet dog Winnie.