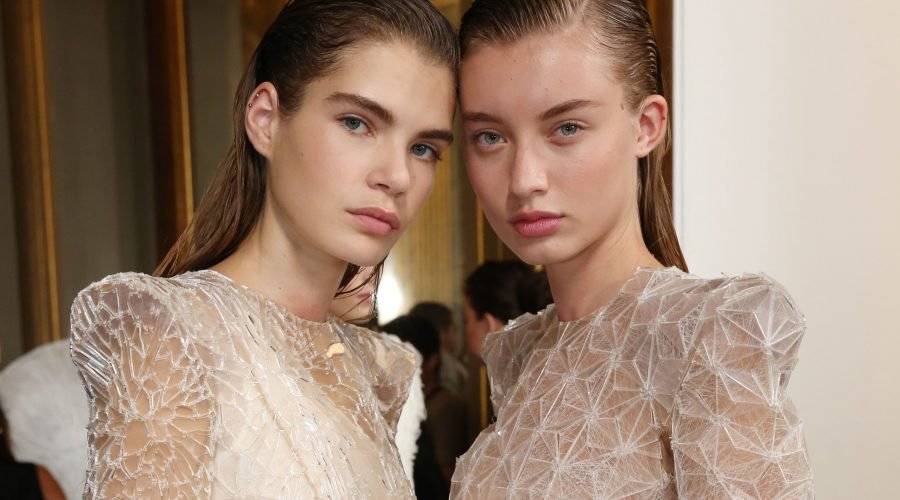 Wet and slicked-back hair were à la mode on the Paris runways for spring 2019.
Take Rochas, where Anthony Turner described the woman he had in mind while creating the damp look as being in a film noir-type scenario. “She’s kind of like in the rain.…There’s a bit of mystery surrounding her,” he said. “There’s a little darkness, a little sexiness.”
Cut to Balmain, where Sam McKnight was inspired by “a Helmut Newton girl from the Eighties — a girl fresh from the swimming pool, with wet hair, who combs it back in a masculine way.
“They have side partings. There is an androgynous look. It’s wet. It’s shiny. It’s sexy,” he said.
At Paco Rabanne, Paul Hanlon envisaged a woman traveler. “It’s quite controlled hair, very, very tight. We’re using a lot of water in the hair to make it feel like she has sweat a lot,” he said.
Tresses were slick on other catwalks, too, for brands such as Chloé, Rick Owens and Ann Demeulemeester.
Source: Read Full Article