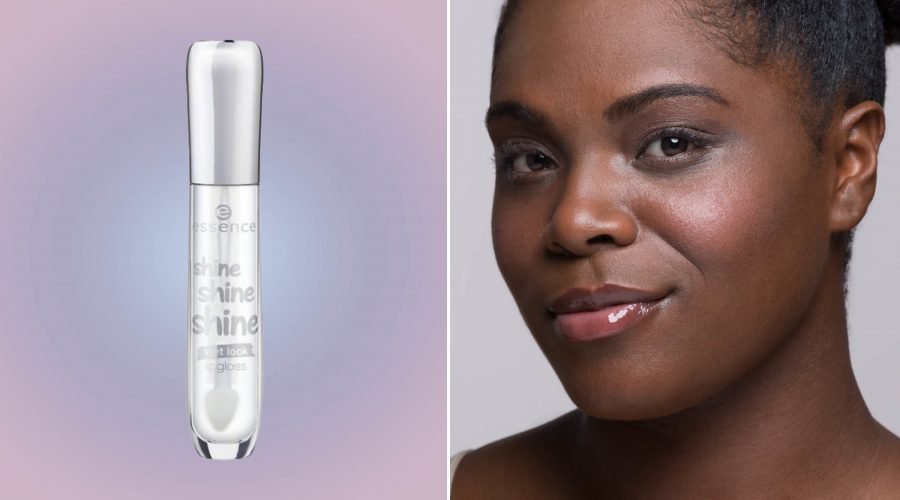 You can find clear lip gloss priced at well over $20 these days, and for some shoppers, those products are totally worth it in order to get the shiniest, longest-lasting, least sticky, and most versatile formula. But what if I told you that there's a $3 clear lip gloss that holds its own against glosses seven times more expensive? In a recent thread in the subreddit MakeupAddiction, Reddit users simultaneously sing the praises of Essence Shine Shine Shine Lipgloss in the un-color Behind the Scenes while hoping word doesn't get out about how fabulous it is. (Oops.)

"I don’t know why every single person on earth doesn’t own the essence shine shine shine wet look lip gloss, in the shade 01 behind the scenes," writes Reddit user Min_yoongi_genius. "It is completely clear. It is so bouncy and thick but so shiny and it smells and tastes amazing! It lasts through a meal for me. It also doesn’t fade or slide around when used on my eyelids. For 3 freaking dollars." In under a day, the enthusiastic testimonial has garnered over 900 upvotes and 140 comments from other fans of the gloss and those curious about trying it.

"Yes. this is the best! I bought like 5 of them at once after i tried it," user a5555tha replied — a sentiment echoed by someone with the handle stinkykittin: "This gloss is legit the best." Other commenters said they're also huge fans of other colors in the 11-shade Shine Shine Shine lineup.

Another user, Mandarinarosa, agrees with the original poster, saying, "It actually feels really good on the lips, lasts a lot, doesn't dry out the lips, tastes amazing and it's true that it doesn't budge." And an especially enthusiastic response from GraphiteInMyBlood reads, "I love this gloss! It smells like cream soda! I'm in my 40s and probably should not be this excited about cream soda smelling gloss, but fuck it, let the exclamation points fly!!! ?" (Note to GraphiteInMyBlood: Get excited about whatever you want at whatever age you are, honey.)

When asked if Shine Shine Shine Lipgloss in Behind the Scenes would be a good option as a top coat for lipstick on chronically chapped lips, Min_yoongi_genius was quick to confirm: "Absolutely! It will fill in the lines that lipstick tends to sink into. I have the same problem with lipstick; lipgloss has always been my cure. It doesn’t move the product underneath for me at least."

Needless to say, the rave reviews lit a fire under several commenters' butts to try the $3 gloss, and some managed to snag it right after reading the thread. "Just went out and bought this! GAH I LOVE IT ALREADY! it smells fucking good," said one Reddit user named Rinkaaaaa, whose shopping trip apparently went much more smoothly than that of other Redditors.

"I've been meaning to give it a try, but it's out of stock each time I visit Ulta," said a commenter with the handle uniqueinalltheworld. Another commenter named ButrB, who already loves Behind the Scenes, replied to the original post with, "Shhh, keep it on the downlow lol. I enjoy this lip gloss and it is constantly sold out in stores at Ulta."

Min_yoongi_genius replied, "I know, one time I went into my local ulta and every color was available except the clear one and I thought who is spilling the beans?"

It's you, Min_yoongi_genius. You have spilled the shiny, $3 beans. And luckily, as of publishing this, it seems Essence Shine Shine Shine Lipgloss in Behind the Scenes is currently in-stock on ulta.com, so I don't feel too guilty about helping to spill those beans a little further.

Related posts:
09/13/2018 Beauty & Balance Comments Off on Fans of This $3 Lip Gloss Are So Obsessed, They're Buying it in Bulk
Diets News