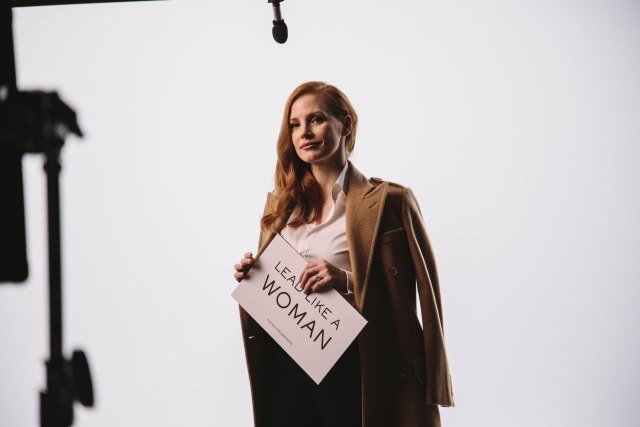 Ralph Lauren is continuing its initiative to support gender equality.
Today the brand is unveiling its “Sisterhood of Leaders” short film as part of its “Lead Like a Woman” initiative. The film brings together global brand ambassador and actress Jessica Chastain, and female filmmakers and entrepreneurs like Jen Meyer, Alice Braga and Zoe Lister-Jones, among others, to debunk the myth that women don’t support each other.

Produced by an all-female cast and crew, the women speak to the power of women working together and ways that women can continue supporting each other. They also talk about the importance of women in leadership roles using their platform to be mentors to other women, which can help them be successful on their own paths. They finish by stating that this leadership, mentorship and support is the way to create lasting change in terms of gender equality.
Launched in April, “Lead Like a Woman” was unveiled with a series of short films discussing the importance of women in leadership positions. For the initiative, Ralph Lauren is partnering with and donating to Women in Film, an organization that aims to change perceptions of women in male-dominant industries through media.
Source: Read Full Article