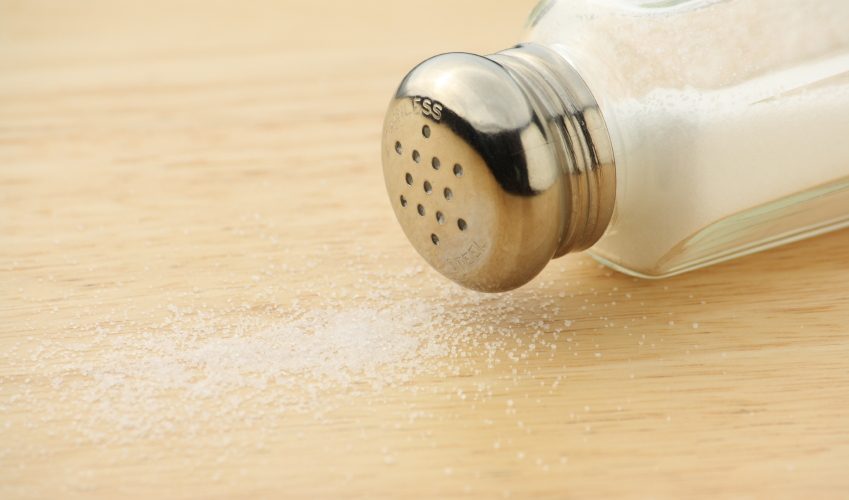 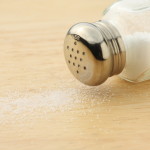 One of the ways to manage high blood pressure is by following a low-salt (also called low-sodium) diet.

Sodium is a mineral that is required to maintain good health, though most of us eat far more than our bodies need. Almost all fresh foods have small amounts of naturally occurring sodium. In contrast, processed foods are typically much higher in sodium because salt is often added during the processing and preparation of foods. In fact, processed foods typically make up to 75% of our sodium intake! Pizza, deli meats, soups, snack foods (chips, pretzels, and crackers), cheeses, sauces, and breads are some of the foods highest in sodium that teens typically eat.

How much dietary sodium is recommended?

The institute of Medicine recommends limiting your total sodium intake to 2300 milligrams (mg) per day, with a stricter recommendation of 1500 mg for those with hypertension (high blood pressure). One major concern with eating too many foods high in sodium is that it can cause your body to hold onto water and increase your blood pressure. This makes your heart work harder and can harm your blood vessels, leading to hypertension (aka high blood pressure) and other heart problems such as stroke. If you are at risk for either of these conditions, it is recommended to limit sodium intake to 1500 mg per day. A typical teen has almost twice this much sodium, so it may be easier to follow a low sodium diet if you cut back gradually.

What foods should I eat?

Eating more fresh foods and fewer processed foods will help you eat less salt. Reading the Nutrition Facts Label on the foods you eat can also help you figure out which foods have less sodium. Look for the milligrams of sodium listed on the label. Compare the sodium content of different products to find the one that is the lowest. Also, look for foods that advertise that they are “low-sodium”, “reduced-sodium”, “no sodium”, or “no salt added”. A food that is labeled “low sodium” will have less than 140 mg per serving and a “no sodium” food will have less than 5 mg.

If I don’t have high blood pressure do I need to be concerned with how much sodium I consume?

While healthy teens do not need to strictly watch their sodium intake, decreasing the amount of sodium in your diet can help prevent high blood pressure in the future.

Here are some tips for lowering your salt intake:

If I have high blood pressure, aside from following a low-salt diet, is there anything else I can do to manage my blood pressure?

Can I still eat fast food?

Once in a while, it’s okay to eat fast food, but remember it tends to be very high in salt, so try not to eat it too often. When ordering at fast food restaurants, choose salads or foods that are grilled, broiled, or steamed rather than fried, cured, or smoked foods. Limit high-salt toppings such as ketchup, mustard, BBQ sauce, and pickles. Ask for your dish to be prepared without extra salt. You can also look up the nutrition facts on almost all fast food menu items online. Check out the menu ahead of time so you know which options have the lowest amount of salt.