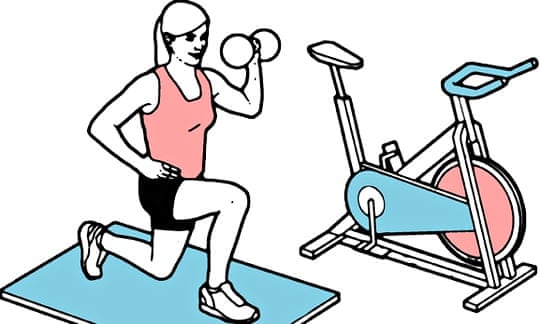 What is it? A spin studio, full of classes where the instructor hauls your exhausted body off the bike to do other exercises such as weights or yoga.

What does it promise? One of the biggest spin studios in the country, with room to stand next to your bike and work in elements of yoga, or Zumba, or martial arts, or core workouts. Tatler called it the shoutiest gym class of the year, if you’re weird enough to be excited by that sort of thing.

What’s it actually like? The vast majority of spin classes I’ve done have taken place in the kitchen of an abandoned McDonald’s in south-east London, so walking into Edge – with its huge studio, deafening sound system and flashing lights – was like entering another dimension. I chose to do an upper-body spin session, which consisted of a relatively easy 15 minutes on a bike, then 15 minutes doing bodyweight and dumbbell exercises, then an all-out 15-minute sprint back on the bike. Lots of gyms are adding these hybrid classes to their schedules. The class was deceptively paced – by the halfway point I was convinced it was the easiest spin class I’d ever done; by the end I was gasping for breath. And the off-bike segment must have worked, too, because the next day my arms felt like they were made of rope and bricks. Next time I go back – and I am going back – I’m doing yoga.

Best and worst bit The final sprint section managed to be both gruelling and fun. Worst bit: recognising many of the songs played from various Eurovision Song Contests.

Is it worth it? Yes.

Related posts:
09/29/2018 Fitness Comments Off on Is it worth it? Edge Cycle
Diets News