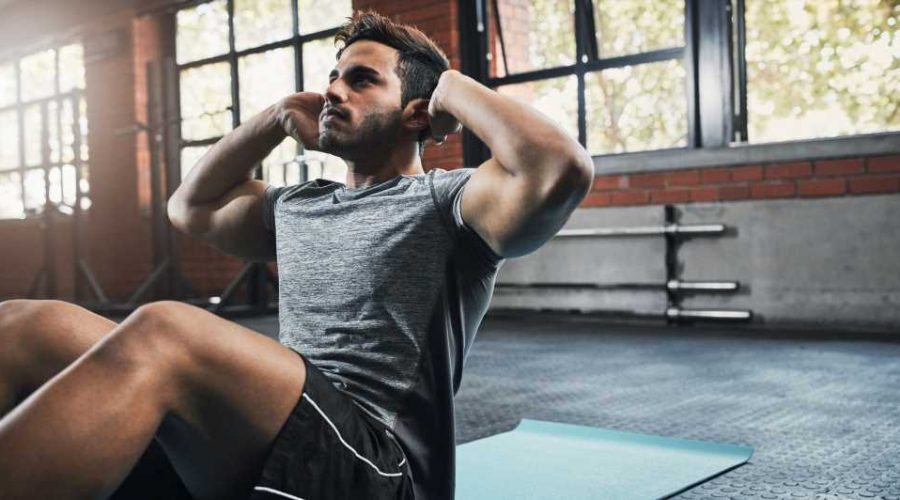 “Are situps the best exercise for abs? No, definitely not,” he says before he starts the challenge. Browney doesn’t seem to have much of a strategy in mind for how he’ll accomplish this feat, but plans to knock out all 1,000 reps in a row.

“I’m pretty confident,” he says. A few minutes in, though, he’s clearly struggling. “I’m going to feel this tomorrow. This is hard.” At nearly the ten-minute mark, he’s already hit 200 situps. “I’m going to be so dead tomorrow,” he says.

He starts knocking them out in sets of 25, and 20 minutes in, he’s inching closer, now up to 400 situps. “This is going to be a challenge. We can do this, I know. But dang, this is not the easiest,” he says. After about 30 minutes in, he’s really starting to feel some pain.

“I’m starting to hurt a little bit. My lower back…basically, my ass,” he says. “Not pleasant.”

But Browney soldiers on, and after a couple more minutes, he’s knocked out 600 situps. He decides to grab a scarf to provide some extra back support, but he starts to feel it in his neck.

Not the best exercise for your neck,” he says. After 650 situps, he’s nearly at his breaking point, noting that he’s on schedule, but keeping up his form is hard. Then things really take a turn. “This is is not fun. This is also not an ab exercise anymore. F*ck this,” he says. “Everything is hurting. My body really wants me to stop now.”

And 52 minutes in, he hits 900 situps, leaving him 8 minutes to do the last 100 reps. But he makes a quick bathroom trip without stopping the clock, leaving him just 7 minutes to finish the challenge.

Related posts:
05/22/2020 Fitness Comments Off on Here's What Happened When This Guy Attempted 1,000 Situps in One Hour
Diets News