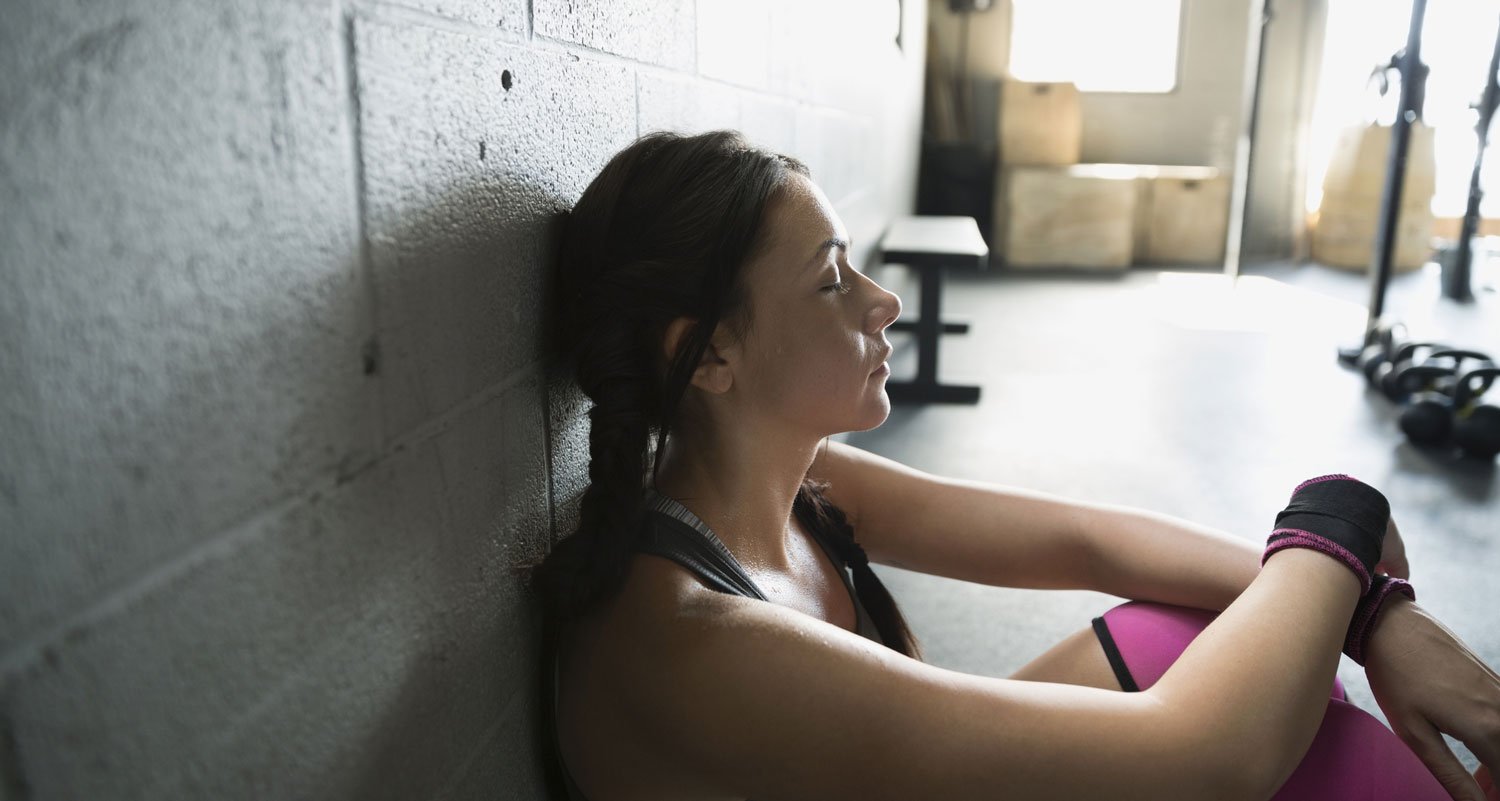 You’ve heard the saying: Performance is 90 percent mental and 10 percent physical. You can be in peak physical shape, but if your mind isn’t in the right place, your training is going to take a hit.

These difficulties usually come in the form of mental blocks, or not being able to accomplish something you feel like you should be able to tackle.

“Having mental blocks are completely normal — most athletes experience them,” she says.

These mental blocks are usually triggered by feeling overwhelmed, she says. This can be due to a number of things such as pressure, burnout, stress, anxiety, or the fear of trying something new.

Still, some of the same tricks you can use to stoke your motivation can be used to overcome mental blocks, too, says Lawrence. Here, seven ways to get back on track so you can push past a plateau or get through the hardest part of that workout.

One of the reasons you might be feeling overwhelmed is because you have one massive goal staring you in the face — say, for instance, you want to cross a marathon off your bucket list.

Pretty intimidating, right? Instead of trying to go straight from 0 to 100, Lawrence recommends starting small and breaking your overall goal up into a series of achievable pieces, making them easier to tackle.

“I tell my athletes: ‘How do you eat an elephant? One bite at a time.'”

Chewing off one bite at a time increases your confidence, which therefore boosts your performance, says Lawrence.

So how exactly do you go about setting these small-scale goals? Lawrence abides by the acronym: SMART.

Your goals should be specific, measurable, adjustable, realistic, and time-limited. Let’s go back to the marathon example. Here’s what Lawrence says that could look like:

Specific: You want to finish your marathon in under four hours.
Measurable: To train, you’ll run three to five days a week, beginning at two miles each run and increasing your mileage by 5 percent each week.
Adjustable: On days that you are injured or fatigued, you can either cross-train or take an extra day to rest.
Realistic: You’ve planned out days and times that you’ll be able to run for the next three months, including all increases in mileage.
Time-limited: You’ll complete your marathon training in three months.

You may have joined a gym simply because it seemed like the easiest way to get in shape, but if you’re not feeling motivated to get there, maybe it’s time to switch things up.

Lawrence recommends asking yourself what type of environment you best perform in. Maybe it’s one where you’re completely alone, maybe it’s just you and a coach or trainer, or maybe it’s a group full of people. Also make note if you thrive in a calm, relaxed setting, or if you need something a little more pressure-filled to be able to get things done.

And if you realize your ideal environment isn’t the one you have jotted down on your workout plan? See how you can tweak it. For example, if you realize you perform best in company, your solitary runs might not be cutting it. So instead, find a running club in your town, or ask a few friends to join you.

3. ASK YOURSELF WHAT MOTIVATES YOU

If something isn’t working in your training plan, it might be time to re-evaluate the bigger picture. What did you originally set out to achieve, and is this still what you want?

Lawrence suggests asking yourself questions like: “Why did I initially take up this sport or begin working out?” “Have those reasons changed?” “Do I still find it fun?” “Is there something else out there worth seeing if I’ll like better?”

By questioning your motives, you might realize your heart isn’t 100 percent into the activity, which could explain why you’re having trouble with it. A few ways to recognize that things aren’t working include feeling irritable or frustrated during the activity, a general lack of energy, or negative thoughts throughout.

So what do you do when you realize you aren’t happy with your training anymore?

“Having a plan B or even C can be really beneficial of ‘failing forward’ and progressing if there’s a setback,” Lawrence says. In other words, refocus your energy into figuring out what else you want to try, and go try it.

Say you’ve been deadlifting heavy for a while, and your trainer suggests upping your weight. You’ve been getting stronger and you both think you’re ready, but you’ve been trying unsuccessfully for weeks.

In this case, your mental block might be your nerves and anxiety about failing getting the best of you. To get past this hump, Lawrence suggests picturing yourself mastering the move — down to every little detail, like bending down and putting your hands on the barbell or that breath you take before you go to lift — in your head.

“Picture what you want to accomplish and remind your brain what it’s like,” she says.

Okay, you imagine your success. But on the other hand, you shouldn’t be afraid to fail sometimes, either.

If everything came easily, success wouldn’t feel as good as it does. Not accomplishing something on the first try will ultimately make you mentally stronger because it forces you to take a step back and think about what you can do better the next time around, according to Lawrence.

So if you do fail? Reevaluate your goals, then picture success in your mind.

According to the American Psychological Association, practicing mindfulness — or awareness — can result in “improved concentration and mental clarity.” And Lawrence agrees, telling her athletes that mindfulness is an important aspect of overcoming any mental blocks.

“Teach yourself to relax and be in the present,” she says. “Don’t be anxious about the possible outcome of not succeeding.”

That’s important, because thinking negatively only furthers a mental block.

“If you had a best friend who was next to you during a workout saying how you can’t do anything right, would you want to keep that friend? Hopefully not. As humans, we respond better to uplifting words and encouragement. Instead of rehearsing what we’re doing wrong our time and energy is better spent focusing on what we can do correctly.”

Know when to seek outside help, Lawrence says. This can be when you’ve tried everything you can think of to find a solution to what’s wrong, but still aren’t seeing results.

“Asking for support is beneficial and nothing to be ashamed of,” she says. A pro can help you develop strategies to improve your focus, boost your confidence, and deal with setbacks.

If it’s not a skill or training issue and something else is getting in the way that you can’t seem to fix on your own, talking to a sports psychologist can help you get back on track.

This article originally appeared on Men’s Health US.