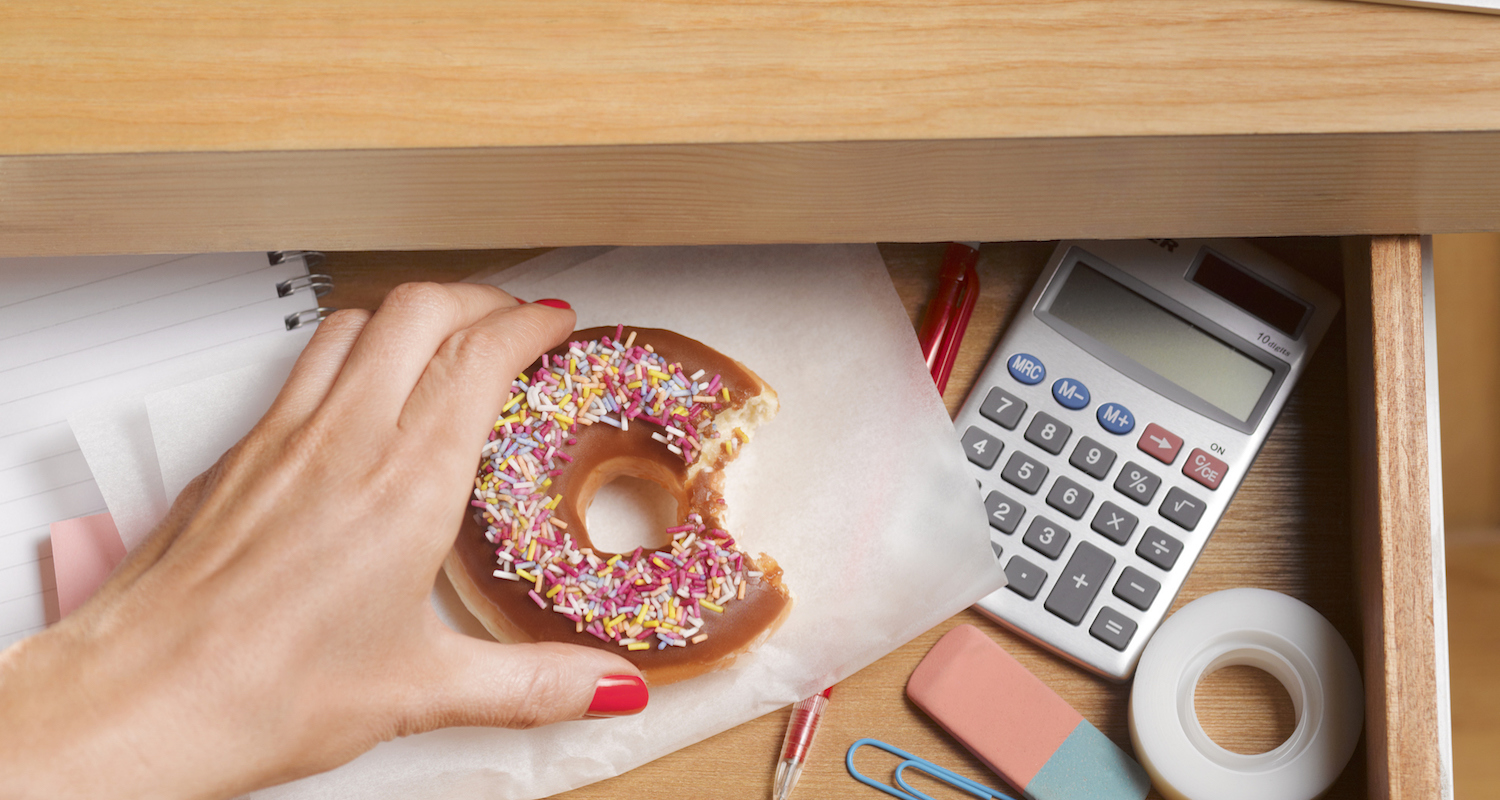 Whether it’s a handful of trail mix, or the humble Tim-Tam and a cup of tea combo, whatever your guilty pleasure is the chances are you are overdoing it on the snacks during work hours. You know how it goes: you have a bowl of porridge for breakfast, a casual salad or sandwich for lunch and by the time 3:00 rolls around you would sell your own mother for something to eat.

It’s not even your fault that you’re so reliant on a 3PM cookie! After all, office culture is literally built on snacks. Coffee breaks, kitchen catch-ups and breaking up the boredom with a quick trip to the bakery, are all valid reasons to be eating between the hours of 9-5.

You’re not alone, however.

A new survey carried out by Dutch food brand Kallø has revealed that those extra calories from snacks adds up to a whopping 100,000 extra calories per year for the average woman. To be clear, that number equates to roughly 50 extra days worth of food intake every year – assuming your daily intake was sitting at 2,000 per day.

The Sun reports that 10:30am and 3:30pm were found to be prime snack times, and claimed that women are eating an average of 3 snacks during work hours. Sugar-laden milky coffees and fizzy drinks were found to be the biggest offenders, along with chips and cookies. High-fat nuts and dried fruits were also found to be common high-calorie snacks.

So, ladies of the world, on average we are apparently consuming an extra 2,240 calories a week without even batting an eyelid. Of course, calories don’t mean everything when it comes to our overall health – but it’s worth considering the next time you mindlessly stroll to the kitchen or open up that snack drawer.

How can we avoid adding to our waistlines in such a careless way? Unfortunately for all of us impromptu snackers, this falls back on some good old-fashioned (potentially boring) meal prep. If you know you’re an avid snacker, it might be worth setting yourself up for a healthier week on Sunday night

Be right back, we’ll just be enjoying our last muffin and extra-large cappuccino in the kitchen… until tomorrow.

This article originally appeared on InStyle

Related posts:
06/30/2018 Diet & Food Comments Off on You Won't Believe How Many Extra Calories You Eat Each Year By Snacking At Work
Diets News