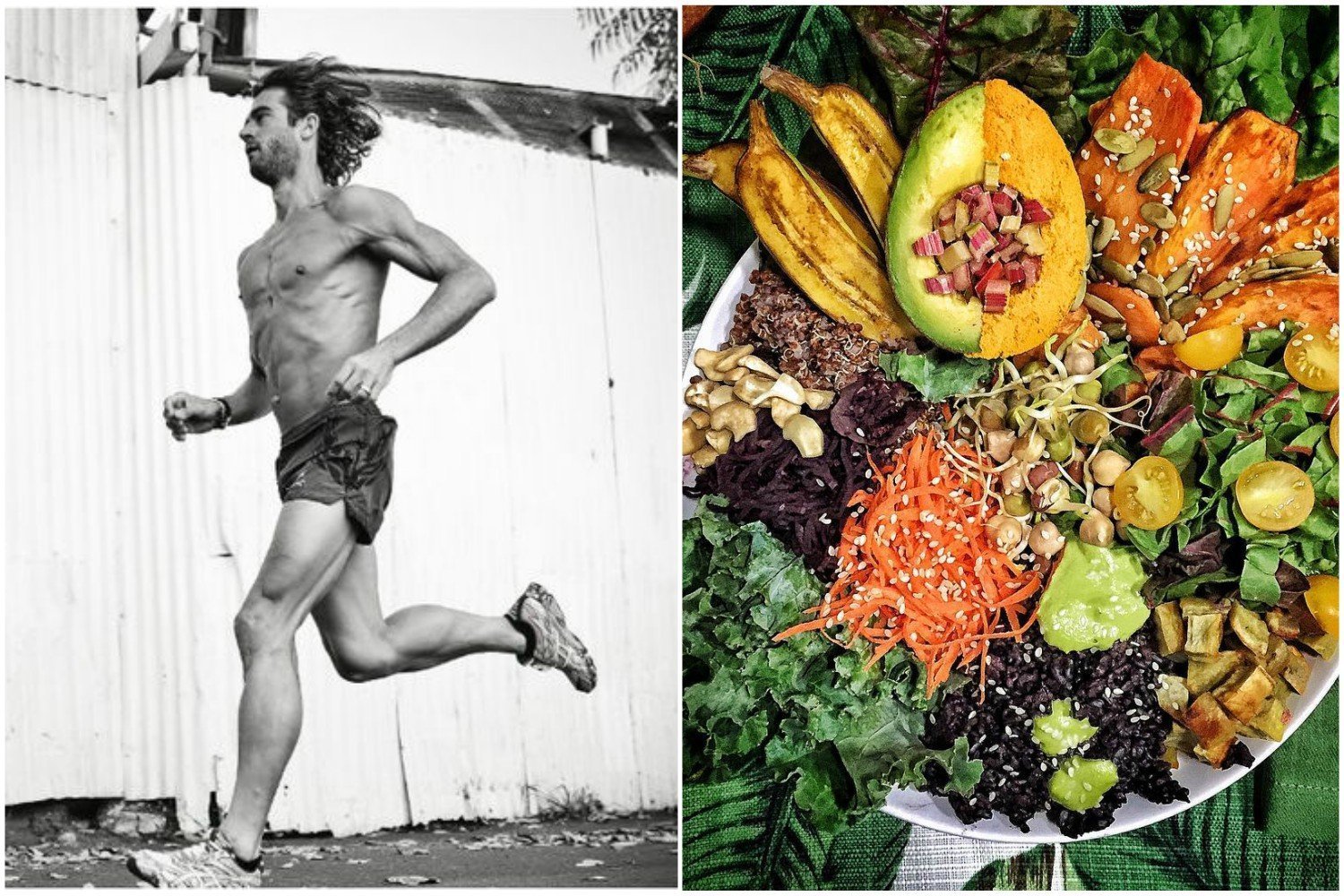 If you’re thinking about switching to a plant-based diet, Rich Roll can help. The ultra-endurance athlete and best-selling author went vegan when his health took a nosedive right before his 40th birthday, and he hasn’t looked back since. Last September, the ultra-endurance athlete ran 64 kilometres and swam 10 kilometres across the Stockholm Archipelago as part of the Ötillö Swimrun World Championship, so he knows a thing or two about how to properly fuel his body.

Like any diet, there are benefits and drawbacks to going vegan: while there’s some evidence that it can help boost your heart health, it might not necessarily lead to weight loss, and it can also be expensive. But for Roll, making the switch to veganism has been uniformly positive.

“There’s a huge misconception that a) it’s going to be incredibly time consuming, or b) that it’s going to be more expensive than eating traditionally,” Roll told Men’s Health. “That has not been my experience.”

In advance of the release of his upcoming vegan Italian cookbook, The Plantpower Way: Italia, Roll shared his vegan meal plan, including breakfast, lunch, dinner and snack options. Oh, yeah — some take away is in there, too.

Roll starts the day with a smoothie full of dark leafy greens such as kale, spinach and chard. He also suggests tossing in beets, or beets greens, and lots of berries, including blackberries and blueberries. When he really wants to get fancy, he’ll give the liquid concoction an extra boost by mixing in some matcha, chia seeds, ground flaxseed, and spirulina (a type of algae).

Roll also suggests a twist on the traditional breakfast cereal: cold quinoa. “You can make it in three minutes and put all types of berries on top of that and some coconut milk or almond milk,” he says.

“Beyond that, gluten-free toast with a little almond butter on it — that’s a go-to for me,” Roll says. (Roll says he has a gluten sensitivity, but if you are gluten-tolerant, regular toast with almond butter should work just fine.)

When it comes to that morning smoothie, Roll says he likes to make enough to bring to work in a thermos. “Throughout the morning hours, it sort of keeps your appetite at bay and your energy levels running high,” he says. Otherwise, he’ll have a few bananas, almonds, walnuts, or pumpkin seeds for an a.m. or p.m. snack.

For lunch, Roll keeps it simple with a big salad with lots of vegetables, complete with a little bit of balsamic vinegar or olive oil. If that doesn’t hit the spot for you, Roll actually suggests Mexican take away. “You can go get a bowl with rice, beans, guacamole,” Roll says. “Guac is a big favourite of mine.”

Veggie enchiladas do the trick for Roll, but he’s also a fan of bean-based pastas, particularly for the guy who’s short on time. “You boil water and cook them for five minutes.”

“You could make tomato sauce by literally putting tomatoes in a Vitamix and blending them and it doesn’t take any time whatsoever,” Roll promises. Done and done.

Veganism isn’t for everyone, but Roll says it is doable, even if you lead a super-active lifestyle. “As long as you’re eating whole foods in their natural state, you’ll be able to fill yourself up,” he says. “You can fill your stomach and feel satiated without eating all the refined grains and sugary things that tend to pack the extra pounds on.”

Related posts:
07/03/2018 Diet & Food Comments Off on What The World's Fittest Vegan Eats For Breakfast, Lunch, And Dinner
Diets News