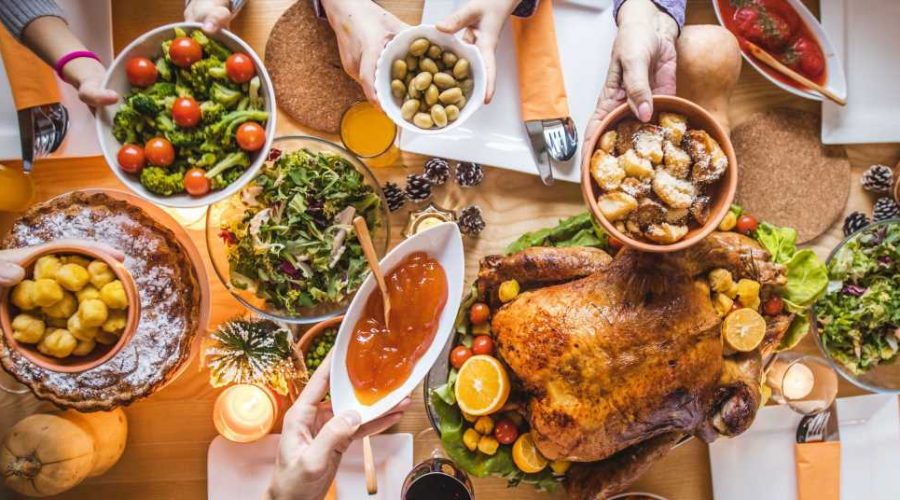 Doesn’t matter what eating plan you use and what your schedule is like, there’s one reliable thing you can do to painlessly cut calories and end up feeling (and being) lighter.

“Eat until you’re not hungry, not until you’re full,” says Kristin Kirkpatrick, R.D.N., consultant for integrative and lifestyle medicine for the Cleveland Clinic.

Of course, this suggests that you’re eating when you’re hungry to begin with. So if you’re not already doing that, that’s a good place to start. “So many of my patients talk to me about late-night eating,” says Kirkpatrick; that’s a key time that people eat too much. But you don’t need to fuel up in order to sleep. “You’re eating out of some other necessity,” Kirkpatrick says. Boredom? Fatigue?

You might not have to figure out the deep psychological reason you’re drawn to the (entire bag of) quinoa chips at 10 PM in order to stop polishing them off. It’s not a bad idea to figure it out, but until you do, set up a rule for yourself that you won’t eat unless you’re actually hungry.

How to eat according to hunger

Think of hunger on a scale from 1 (seriously hungry) to 10 (sickeningly full), and don’t eat unless you’re at a 2 or 3, says Kirkpatrick. And to keep yourself from being at a 2 or 3 all the time, fuel up with foods that keep you full—you know what we’ll say here; protein, produce, healthy fat—rather than refined carbs that leave you ravenous not long after you eat them.

On the other end of the scale, stop eating when you’re at a 7, not when you’re at an 8 or 9. “You don’t want to be full, and you don’t want to be hungry; you want to be at a status quo,” Kirkpatrick says. So if you’re out and you eat a big appetizer and no longer feel hungry, it’s fine to stop or have just a few bites of dinner and take the rest home. Having a lot of food on your plate doesn’t mean you have to eat it, she points out. It seems so obvious when you hear it, but it’s far less evident when there’s a beautiful plate of food in front of you. Or a bucket of wings.

Beware the trap of thinking that you need to “eat extra” because it’ll be a long day. In the U.S., it’s pretty rare to be anywhere that there’s no access to food, and if you will be traveling or in a food desert, “you can prepare,” Kirkpatrick points out. These healthy snacks can keep you deliciously on track on airplanes and on road trips. So eat to comfort now and have something ready for hunger later; don’t fall into the trap of thinking you have to pre-load for the rest of the day or century. Then if you do get hungry—a 2 or 3, not just a “I really feel like eating now”—enjoy what you’ve prepped.

Related posts:
11/12/2019 Diet & Food Comments Off on The Single Best Way to Stop Eating Too Much
Diets News