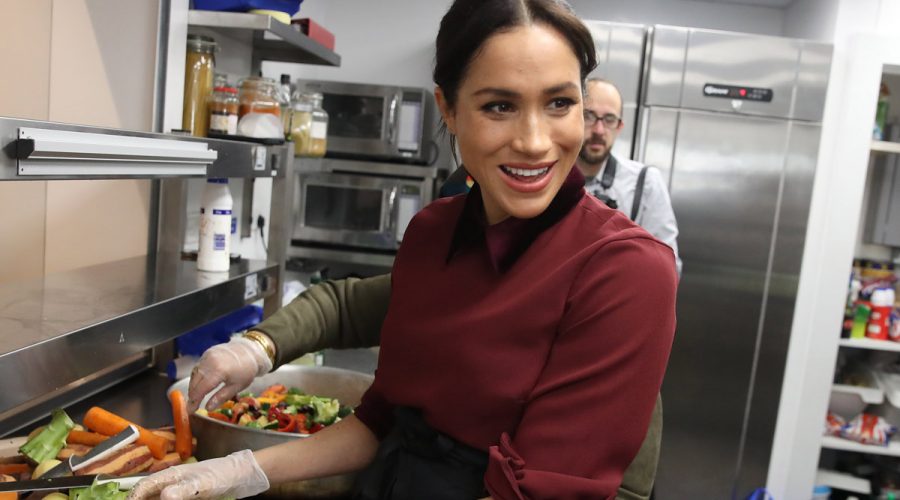 Before joining the royal family, the Duchess of Sussex revealed chicken adobo was one of her favourite meals, but certain royal protocols may have stopped her from indulging her taste buds. Despite being spoilt for choice when it comes to the culinary delights on offer, it is well-known that the Queen and Co do not eat certain foods, including garlic.

The Duchess of Cornwall revealed on Australian MasterChef that when on official engagements, nothing with too much garlic is ever served: “Garlic is a no-no… You always have to lay off the garlic.” This was confirmed by former royal chef Darren McGrady, who revealed that palace chefs are forbidden from serving food containing too much onion or garlic. This rule is particularly unfortunate for the self-professed foodie Meghan Markle, especially since her favourite Sunday meal contains a healthy dose of the flavour.

Luckily, this rule no longer applies now she has relocated to Los Angeles with Prince Harry and their son Archie Harrison, so we bet the simple, one-pot dish will make a return to their weekly dinner menu. After all, Harry and Meghan did get engaged while cooking a Sunday roast!

Prince Harry proposed to Meghan while they were roasting a chicken

On her now-defunct lifestyle blog The Tig, Meghan said she credits her love of Filipino-style chicken adobo to her childhood in LA. “I am a big fan of Sunday suppers. Whether we’re eating lamb tagine, pot roast or a hearty soup, the idea of gathering for a hearty meal with friends and family on a Sunday makes me feel comforted,” the 38-year-old told Today back in 2012. She went on to reveal her recipe: “I enjoy making slow-cooked food on Sundays, like Filipino-style chicken adobo. It’s so easy — combine garlic, soy (or Bragg Liquid Aminos), vinegar, maybe some lemon and let the chicken swim in that sauce until it falls off the bone in a Crock Pot.”

Whether you’re looking for a hearty meal or a simple lockdown dinner to serve with a green salad, keep reading for a step-by-step guide on how to recreate one of the Duchess’ favourite meals…