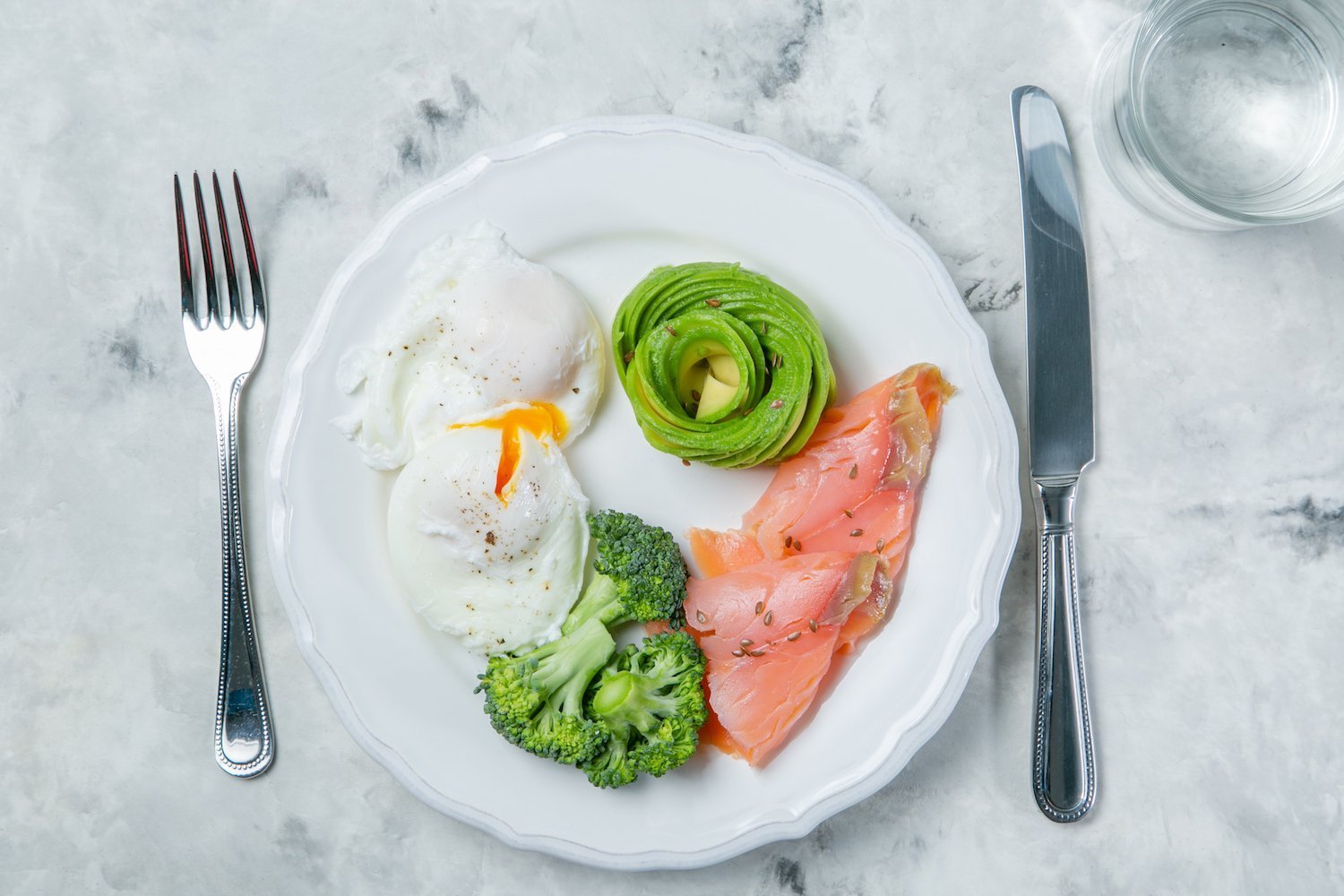 The TL;DR of the the ketogenic diet: You slash carbs, eat tons of (healthy) fat, and maybe feel miserable for a week or two before dropping a few kilos. Basically, it’s really, really hard.

If you’re up for the challenge, kudos to you; but many people just can’t stick to a keto diet because it’s so restrictive—and those restrictions have some downsides.

“It’s difficult to the get many nutrients your body needs, particularly fibre and potassium, on the keto diet,” says dietitian Karen Ansel, author of Healing Superfoods for Anti-Aging: Stay Younger, Live Longer. “At the same time, it’s loaded with saturated fat, which is unhealthy for your heart, and it deprives you of the carbohydrates your body craves for energy,” she adds.

Still, there are rules of the keto diet that can help you hit your weight-loss goals. Here’s what you can steal from the keto diet—even if you’re not sold on that high-fat lifestyle.

The keto diet is all about limiting your carb intake—and most of us eat way too many carb-rich processed foods anyway. “A diet like this encourages you to cut out certain foods that will help lower your overall weight and improve your health,” says nutritionist Marisa Moore.

While keto cuts out most major sources of carbs, Ansel and Moore say you should cut out processed carbs (think: crackers and cookies) while still enjoying healthy whole grains like brown rice and oats.

Just be sure to pay attention to portion sizes: The USDA recommends five to six 30 gram servings of whole grains per day (one serving is one slice of whole-wheat bread, for example). Get more bang for your carb buck by adding veggies like spaghetti squash and zucchini to pasta and rice dishes.

2. Eat more of the right kinds of fats.

Fat doesn’t deserve its bad rap—it can actually make you feel full faster (and longer), since it takes longer to digest than other nutrients, says dietitian Kristen Mancinelli.

But not all fats are unquestionably great for you. While saturated fats found in meats and dairy aren’t the villains they were once thought to be, most health organisations, including the American Heart Association, recommend keeping your intake to just 13 grams of saturated fat a day.

Most nutritionists, however, do agree you should focus on eating more monounsaturated fats, found in plant-based foods like avocados and olive oil, since they’re thought to be partly responsible for the heart-healthy effects of the Mediterranean diet, says Mancinelli.

Moore recommends swapping snacks like chips for a handful of nuts once a day, using avocados to make creamy desserts and sauces, and using olive oil liberally to sauté veggies and make salad dressings.

3. Pile on the non-starchy veggies.

“Most adults don’t get enough [veggies],” says Moore, so nutritionists love that keto gets people eating more non-starchy ones, like broccoli, asparagus, and spinach.

These veggies help supply the fibre your digestive system craves, says Ansel. And because most vegetables fill you up on fewer calories, people who regularly eat veggies often have lower BMIs, says Moore.

Basically, as far as nutritionists are concerned, you can’t really overdo it on the greens, so try to have at least one cup with every meal.

Intermittent fasting is all the rage in some keto circles. It may sound extreme, but the most popular methods usually allow you to eat food for eight hours during the day (think: from 10 a.m. to 6 p.m.) to achieve a 16-hour fasted state.

During fasting periods, your body eventually burns through all of your carb stores (i.e., glucose and glycogen) and starts burning body fat for energy, says Mancinelli. (That’s the magic people are talking about when they refer to ketosis—and yes, you can get there without drastically cutting carbs, Mancinelli says.)

But, on the most basic level, “intermittent fasting forces you to think about what you’re eating and why,” says Moore. Like: Do you really need a daily snack at 3 p.m., or are you just doing it because it’s routine?

Because so many foods are off-limits, keto forces you to eat at home way more often. That’s a good thing, because you don’t really know how much oil or sugar restaurants are using, note Mancinelli and Moore. (Hint: It’s usually more than you need to make your food actually taste good.)

When you eat at home, however, you have way more control over what’s going into your meals. “You can play up the veggies and add extra spices instead of oils to boost the flavor,” says Moore.

6. Fill up on fermented foods.

Cutting out important sources of fiber, like whole grains and fruits, can make you feel pretty backed up, so it’s no surprise constipation is a common keto complaint.

That’s where fermented veggies come in: They act as a probiotic to support healthy bacteria in your gut and keep things healthy and moving along, says Moore, making them a popular keto-friendly choice.

Try adding more to your diet through kimchi, sauerkraut, or pickles. Thought they’re not necessarily fermented, kefir and yogurt are great probiotic options too.

Related posts:
07/04/2018 Diet & Food Comments Off on 6 Keto Rules To Follow Even If You're Not Actually Keto
Diets News