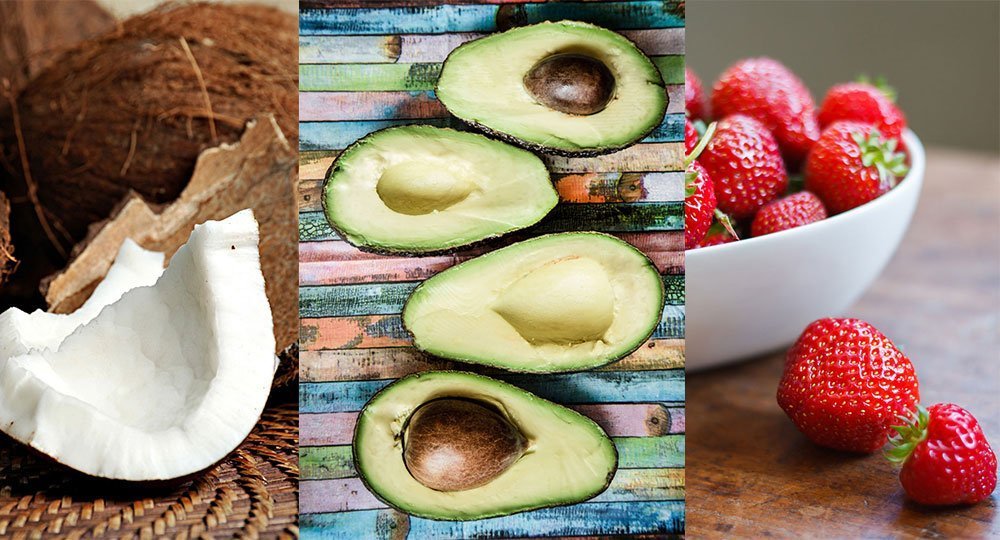 De-Stem A Strawberry With A Straw

Nothing beats walking home from the farmers market with a basket full for ripe berries…until you have to de-stem them. According to the clever kitchen hackers, to simplify the process, all you need is a straw. “Supposedly, you can stick a straw straight through it to remove the stem, but it creates such a mess and rarely works,” says Elizabeth Shaw.

Try this instead: “Just use a knife!” says Shaw. Here’s her preferred technique. Hold a paring knife with your forefinger and thumb on either side of the blade, not the handle, for more control. Insert the tip into the stem and rotate the strawberry until the stem comes out. Not only will you have a perfectly de-stemmed strawberry, but you’ll produce little waste.

Ripen an avocado in the oven

Finding a perfectly ripe, silky avocado can feel like searching for a needle in a haystack. Very often, your choices at the market are either too hard or too mushy. So what do you do if you’re hankering for avocado toast right now?

One suggestion is to turn up the heat. Wrap a hard avocado in foil and place it in an oven at 200 degrees. In 10 minutes, it will be ready to eat. “Avocados will soften if baked in the oven, but the taste is significantly altered,” says Torey Armul, spokesperson for the Academy of Nutrition and Dietetics. Instead of the creamy, nutty, and delicious goodness that you crave from a naturally ripe avocado, you get a bland, zero-flavor green blob.

Try this instead: “The best way to accelerate ripeness while maintaining taste and texture is to store your avocados near other ripe fruit,” says Armul. A ripe banana or apple will do. “Ripe fruit emits ethylene gas, which stimulates faster ripening.”

Cut An Onion Without Crying

If the waterworks flow every time you chop onions, you’ll likely try anything to tame your burning, watery eyes. (Raises hand!) To decrease the impact of the sulphuric compounds released by cut onions—the main culprit for your stinging tears—some suggest prepping them near running water, or while burning a candle, or chewing gum. Others claim that holding your tongue to the roof of your mouth will keep you tear-free. “I haven’t tried a method that works,” says Armul. “I tried holding a piece of bread in my mouth [to attract the irritating chemicals], and I was still crying.”

Try this instead: One trick that holds promise is soaking the onion before chopping it. But this can lead to a more mild flavor. Armul suggests using a sharper knife. While it won’t solve the teary eye problem, it can help. “Sharp knives cut through the onion more effectively, reducing the number of chemical-releasing cells that burst,” she says.

They say that a watched pot never boils, but this hack won’t help either. “Adding salt to a pot of water doesn’t make it boil faster,” says Armul. “In fact, salt actually raises the boiling point a few degrees.” That means your water requires more heat (and time) to boil. So all those old wives’ tales? Not true.

Try this instead: “The best way to get water to boil faster is to minimize the volume of water, use a larger pot, start with warm water and secure the lid tightly,” says Armul. That and learning to be patient.

Crack Open A Coconut With A Drill

While you can find all things coconut in your grocery store (and juice bar and favorite DIY bowl restaurant), nothing beats a fresh coconut. The one problem? Splitting it open. According to food hackers, all it takes is a hammer, screwdriver and a few precise taps until it cracks open. But according to Lindsay Cotter, a gluten-free nutrition specialist and the culinary wizard behind Cotter Crunch, it’s not so easy. “I just couldn’t drill into it,” she says.

Try this instead: It doesn’t need to be so complicated. Whack the coconut with the blunt side of a knife or even a rock. For others, heating a coconut in the oven (200 degrees for 15 minutes) splits it open without fear of losing a finger. Or, do as Cotter did—throw it on the floor. “It opened!” she says. But remember, if you want to savor the liquid, drain it first!

Related posts:
06/29/2018 Diet & Food Comments Off on 5 Popular Food Hacks That Aren't Worth Trying—and What to Do Instead
Diets News