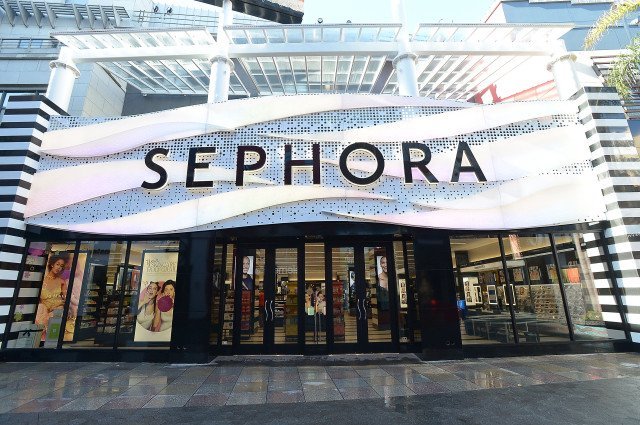 The departure of former president and chief executive officer of Sephora North America Calvin McDonald leaves Sephora with a big hole to fill.
McDonald, who has led Sephora through beauty's digital revolution, is leaving the business after five years to take the ceo role at Lululemon. McDonald led the charge on big Sephora initiatives like the Sephora Innovation Lab, which helps the business test digital experiences on the web, and Sephora Studios, a small-format, brick-and-mortar, service-heavy concept.
His successor needs to be ready to lead Sephora Americas through the rapidly shifting beauty world, experts agree. That means Sephora should lean toward a candidate who is well-versed in the digital landscape, industry insiders said.
" needs somebody who is a visionary in terms of what really will come next in beauty," said Wendy Liebman, ceo of WSL Strategic Retail. "They are moving into a whole different space of competition that they've never had before."
That competition is coming from multiple angles. Sephora has long dominated the U.S. specialty retail game, but in recent years, Ulta Beauty, which has different real estate and merchandising strategies, has grown significantly. The retailer plans to open 100 new locations per year and has a skyrocketing e-commerce business. Different from Sephora, which has high exposure to U.S. malls through its J.C. Penney locations, Ulta Beauty mainly opens stores in strip centers.
At the same time, a significant portion of beauty sales are migrating in new directions, toward smaller direct-to-consumer players, like Kylie Cosmetics and Glossier, as well as online, to Amazon and other sellers, Liebman noted. Sephora is just one player in a growing beauty market. Euromonitor has estimated U.S. beauty sales will reach $90 billion by 2020, and Launchmetrics estimated the global industry does about $445 billion in annual sales.
"All of these smaller retail propositions nibble away one beauty shopper at a time," Liebman said. "This whole world owned of innovative, omnichannel beauty retail is now being assailed on all sides. They need somebody in that spot who can envision what the model will look like over the next two to three years."
On Tuesday, Sephora owner Möet Hennessy Louis Vuitton reported strong financial results and said Sephora posted "sustained growth across all areas of operation" and that online sales "advanced rapidly."
While digital should be number one on the checklist, retail experience is also considered critical to the role. Beauty experience would be a plus, experts said, but not necessary — McDonald joined Sephora from Sears Canada.
"The thing about beauty is it's such a democratic industry," said Lindsay Stevens, vice president at Kirk Palmer Associates. "It has such a broad swath of consumers, both mind-set, income, demographics — all those things — but in order to be successful a company like Sephora, you have to appreciate that and know how to leverage it."
Speculation about who may take on the role on Wednesday ran the full spectrum — from promotion from within the company to the idea of making a "disruptive" hire from the tech industry. Sources suggested hiring from players like Jet, Apple, Farfetch or Matchesfashion could make sense.
Sephora and LVMH have a history of hiring from a variety of backgrounds. Global Sephora ceo Chris de Lapuente, for example, once led the Procter & Gamble hair business, while David Suliteanu, now ceo of Kendo, joined Sephora from Home Depot.
"They've got some real talent in the company, but the opportunity for them is to disrupt themselves for the future," Liebman said.
"The real future ceo leaders are those who have not only grown up in the digital world, but have grown up in the digital world in an omnichannel context," Stevens said. "You have to really understand how to pull all those pieces together in order to lead a company in this future retail landscape."
As the hunt for a replacement continues, McDonald's role is being filled by a six-member operating committee headed by Satish Malhotra, Sephora's chief operating officer.
Source: Read Full Article