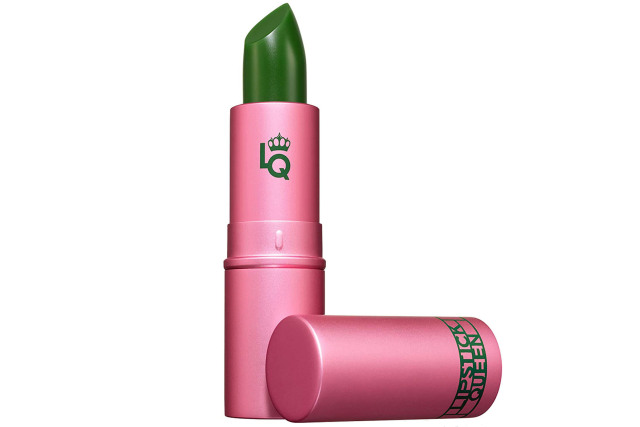 The parent company of Morphe has acquired Lipstick Queen, WWD has confirmed.

Lipstick Queen, founded by Poppy King in 2006, makes a range of $25 lipsticks that are sold at Space NK, Ulta Beauty and Mecca in Australia. The business was previously part of Manzanita-owned Space Brands and is well-known for its Frog Prince shade — the lipstick looks green, but turns lips pink. Industry sources said the plan going forward includes global expansion.

Forma will look to continue making acquisitions, incubate its own brands, and help run back-end operations for other brands, including influencer Jaclyn Hill’s Jaclyn Cosmetics.

Incubated brands include Morphe 2, a subbrand aimed at Gen Z and fronted by TikTok stars Charli and Dixie D’Amelio, as well as Such Good Everything, a supplement line that aims to capitalize on the formulation and format interests — vegan and gummies or powders versus pills — of young wellness enthusiasts. Body-care and skin-care launches are planned for later this year.

Long ago Morphe started as a trade show-based makeup brush operation. It was taken over by Linda and Chris Tawil, a sibling duo who partnered with then up-and-coming influencers like Hill and James Charles to mutual benefit.

The Tawils expanded Morphe further into makeup. Morphe secured an investment from Summit Partners-backed Elevate Brand Partners in 2017 that furthered the brand’s makeup expansion, and also led to the creation of a line of multibranded retail stores.

In 2019, General Atlantic bought a 60 percent stake in the business that was said to value the company at $2.2 billion. The plan included buying and incubating more brands, and possibly setting the company up to hit the public markets one day.

“When and if it does make sense, or the company could be a public company, we want to be prepared to do that,” said chief executive officer Myles McCormick in an interview earlier this year. “That’s the goal — we want to be a company that’s capable.”

As the business has moved through 2020, it’s had to make some changes, including closing retail stores during coronavirus-related stay-at-home orders and severing partnerships with canceled influencers, including Jeffree Star and Shane Dawson.

Now Morphe’s strategy looks different. The business is still partnering will well-known social stars like the D’Amelio sisters, but it’s also branching into music celebrity partnerships (like with Madison Beer) and at the parent company level, into noncelebrity territory, like with the Lipstick Queen and Playa acquisitions.

For more from WWD.com, see: