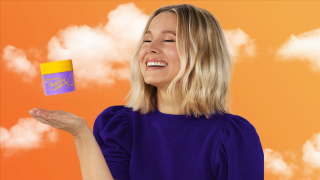 These are the six words (or, rather, two words repeated three times) Kristen Bell tells me she wants on her gravestone. I humbly suggest that she's perhaps more likely to be remembered for other, less absorbent things — her acting, her activism, her love of her family — but she insists that at least some engraving space be saved for a shoutout to the popular skin-care ingredient. It's a sugar molecule that helps to bind water to collagen and traps it in the skin, "so that skin can appear plumper, dewier, and more hydrated," board-certified dermatologist Tsippora Shainhouse has previously told Allure.

Bell has become something of a skin-care expert over the last year thanks in part to the launch of her Lord Jones spinoff brand, Happy Dance. The line's products — the joy-inducing Whipped Body Butter + CBD, multitasking Coconut Melt + CBD, and sensorially delicious Bath Bomb + CBD — are all cannabidiol-centric. (There's some data supporting CBD's anti-inflammatory impact on the skin, according to cosmetic chemist Ginger King.) But with her first foray into facial skin care, a moisturizer called Look Alive, Bell is singing the praises of several other ingredients that she insisted make it into the mix.

"You need moisture that's going to penetrate and fluff and bounce your skin from underneath," she tells me, and that's where hyaluronic acid comes in — four different molecular weights of the beloved water-attracting ingredient, in fact. "It's essentially like a sponge. It'll just fill up your skin with moisture from below to the surface, leaving it bouncy and hydrated."

Bell also made sure to include avocado oil for its skin-softening fatty acids, as well soothing antioxidant bisabolol. "The goal was returning hydrating essentials back into your face that you might have misplaced under the piles of laundry or your eighth cup of coffee, because there are so many dehydrating elements to modern-day life," she says. But more than just moisturizing and smoothing stress-triggered fine lines, Bell is hoping that it helps people feel "back online, like you're present," especially after our collective experience over the last year or so — one that Bell says has been depleting in ways we can see in the mirror.

I had applied Look Alive from a no-frills, sneak-peek sample jar to my own stressed-out face right before hopping on the phone with Bell, and it was immediately apparent that her enthusiasm for the product is sincere. The formula is surprisingly substantial for something that also feels whipped, I told her, and then, clearly having an out-of-body experience, I unironically told her that "it's a vibe."

"It makes me so happy that you said it's a vibe because that was literally the goal," Bell replies. Cringe averted. "Even over the course of creating Happy Dance, which has been so much fun for me, I would ask very strange meta questions like, 'What would I look like if I was sitting in your medicine cabinet? That’s what I want the bottle to look like.'"

Speaking of medicine cabinets, it's at this point in our conversation that Bell tells me she's hopping off of her bed and going into her bathroom to share how she's been filling in the rest of her skin-care routine, starting with Instytutum Transforming Melting Cleanser. "I like it because it does give a deep clean and dissolve makeup on your skin," she tells me. "It has hyaluronic acid in it — doy — and it's the only product that I've ever been able to use that has retinol in it." 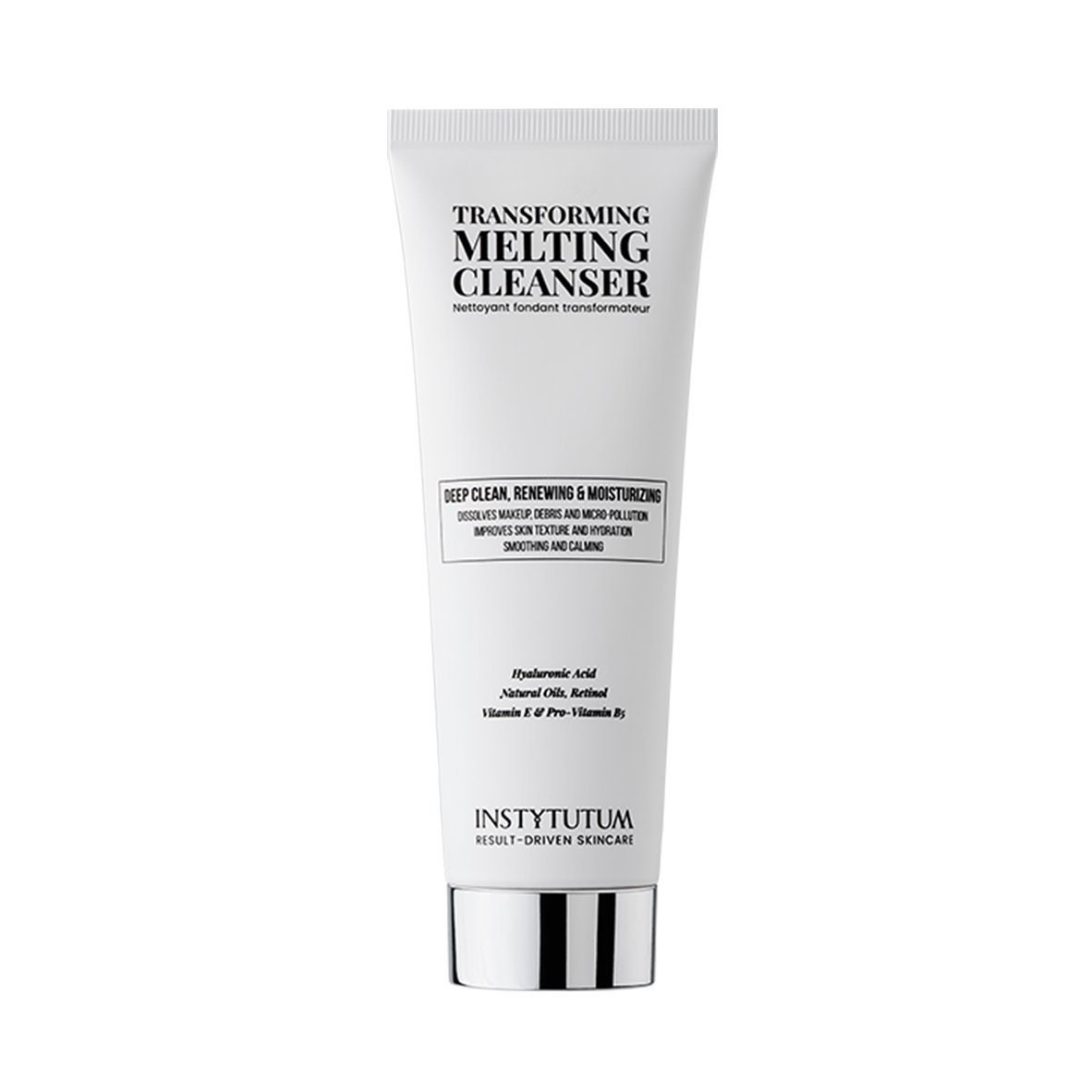 Because Bell is prone to redness, she's been skin-slamming the green-tinted SkinCeuticals Phyto Corrective Gel. And when she's dealing with blackheads and little bumps, she turns to iS Clinical Active Serum, which she calls "essentially modern-day Sea Breeze," a reference I immediately understood as a fellow-early-40-something.

"I was using the Barbara Sturm eye cream, but I'm gonna tell ya, I have switched to testing some very special… um… cream," she says with a certain surreptitiousness in her voice. We can all figure out for ourselves what that means — and we're going to have to because she wouldn't tell me anything else. 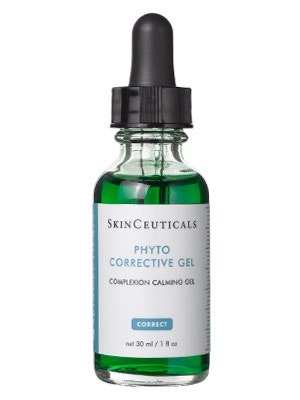 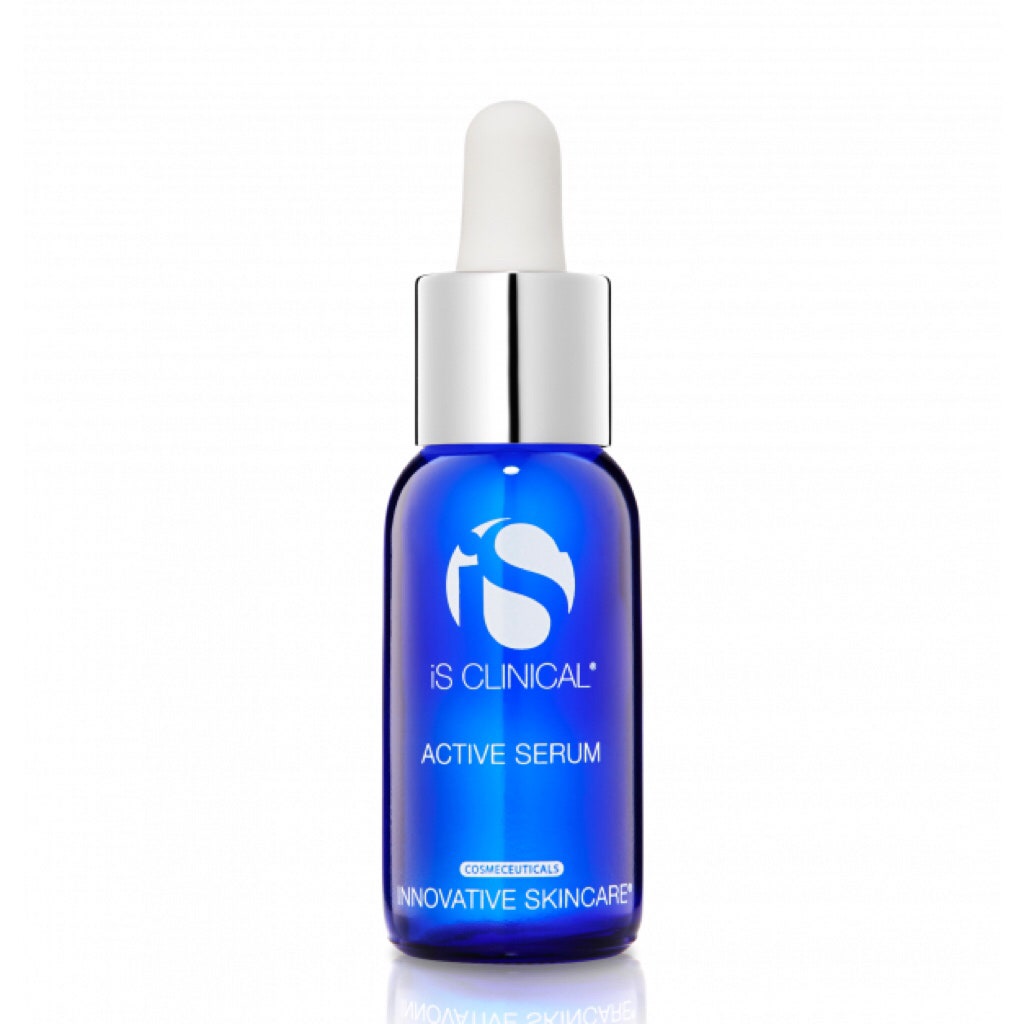 Bell was also pretty tight-lipped about the Gossip Girl reboot that just premiered, though she did tell me how it differs from the original. "The reboot explores a little bit more of not just the anonymity behind the voice of the internet, but how seriously we take it, and how who's handling the voice can perhaps change or the voices that you're listening to can change. It's very introspective about how social media and those anonymous voices affect us in our daily lives and how it can change our behavior," she explains. "It has adapted to modern-day social media — and there is a twist at the end of season one that is pretty epic."

OK, so now she's left me in suspense about both eye cream and Gossip Girl. The woman can keep a secret. But Bell was willing to confess something else: "To be honest, I am over being blonde." It's hard to picture Bell as anything but. She was a brunette in Burlesque, and there was that one time she went a little red for Veronica Mars — "We all hated it, so there's, like, two episodes where I'm fully wearing a kerchief," she recalls — but over the course of about two decades in the public eye, she has almost always been seen with bright blonde hair.

However, after filming the upcoming Netflix miniseries The Woman in the House, her feelings about her hair color have shifted. "I put a bang piece on, and I took my hair pretty much to its absolute natural color," she says. "My roots are like a very dirty blonde, and I am loving it. I don't foresee going back to bright blonde. I think I'm going to, for a while, stick with my au naturel dirty, dirty, dirty blonde light brown.”

Chances are, Bell won't have to change much about her everyday makeup routine if she decides to stick with a darker hair color, considering her everyday makeup routine is borderline nonexistent. "In daily life, I don't really wear anything. Even if I do, it'll always look like I'm not," she says, citing Tata Harper's Vitamin Infused Cream Blush, Charlotte Tilbury Hyaluronic Happikiss in Pillow Talk (she loves HA, that Kristen Bell), and brown mascara. Eyeliner doesn't even make it into the equation. 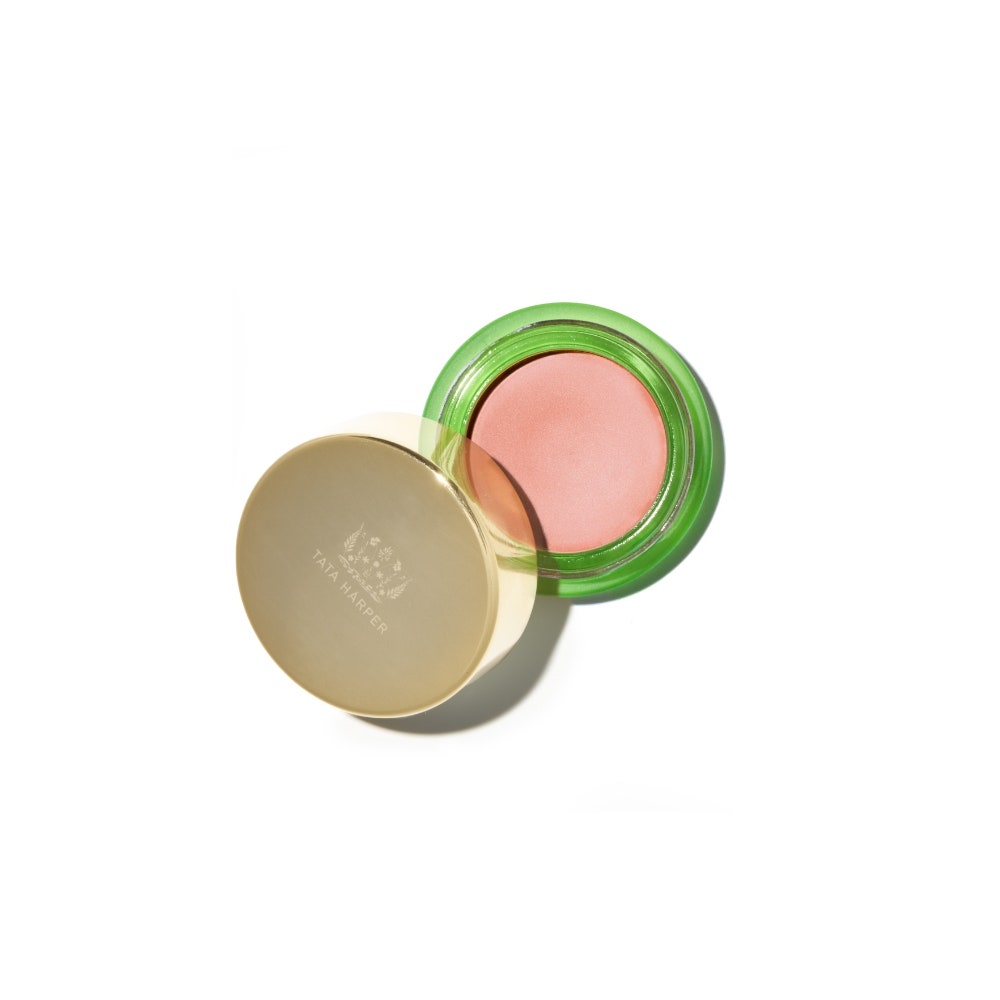 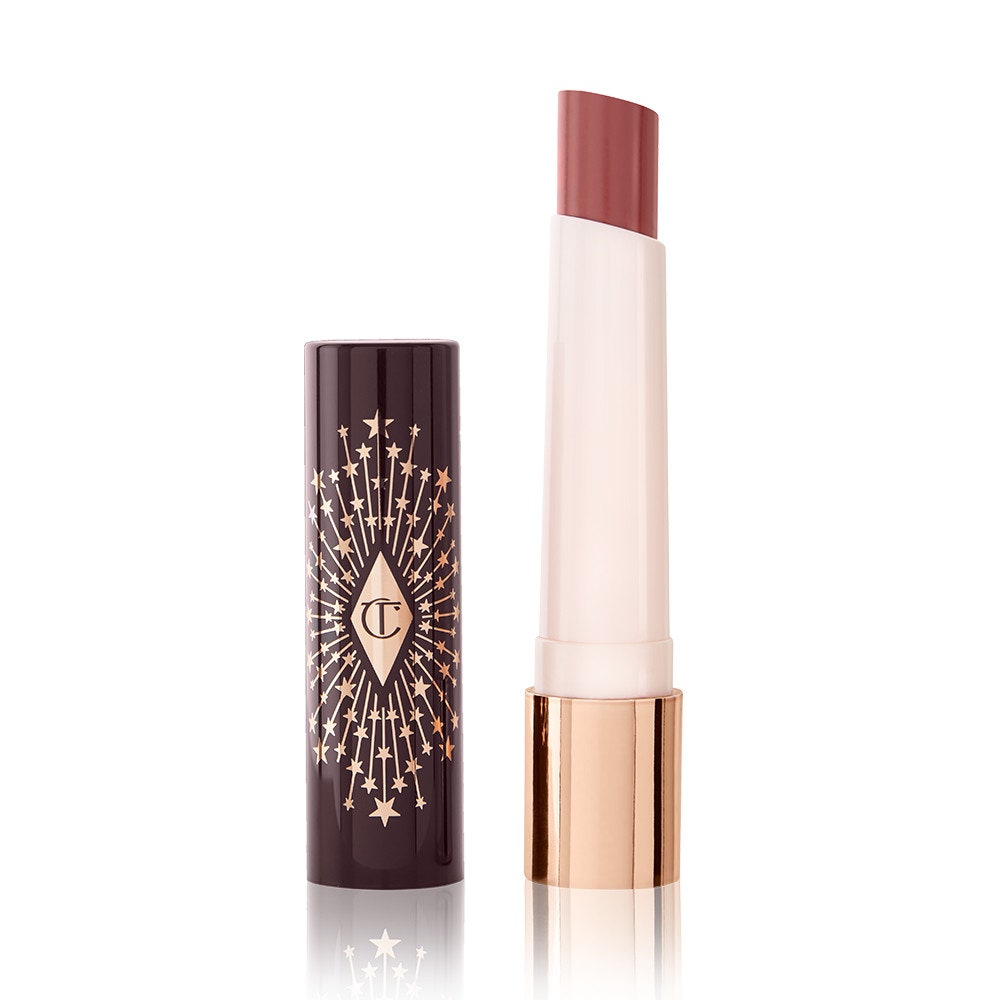 "Eyeliners, and especially that inner ring of the eye — it's not for me because my eyes are so small," she says. "When I see myself in a red carpet picture where I've lined the inside of my eye, I'm like, ‘Girl. Girl. Was the mirror not working?' Come on."

If she ever gets the opportunity to play her hypothetical Broadway dream role, however, some intense eyeliner may be unavoidable. "I want Adina [Menzel] and I to do a musical version of Whatever Happened to Baby Jane?" she says of her Frozen costar. "I mean, wouldn't that be epic? And we play like we just hate each other, be mean to each other in a fun way the whole musical. Maybe one day, in like 25 years, we'll take that on."

It pains me to think I'll have to wait a quarter of a century to see that, but I'm happy to report that you don't have to wait nearly as long to enjoy Bell's latest project, Happy Dance Look Alive Face Moisturizer + CBD. It launches at Ulta Beauty for $29 on July 15.