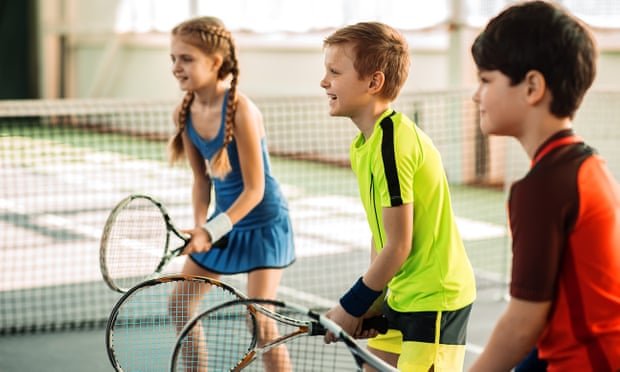 Last week, Public Health England said 6 million middle-aged adults in England take less than 10 minutes’ brisk exercise a month, risking their health. But when does the problem start? It seems the answer is “very young”. Last year, a damning international study portrayed British children as among the least active in the world. Despite government guidelines urging parents to ensure their offspring do at least an hour of moderate-intensity exercise every day, compared with 38 other nations including Venezuela and Slovenia, England and Wales are currently third-worst in the list – with Scotland at the bottom. Only 22% of boys aged 11 to 15 manage the recommended amounts of daily exercise, and just 15% of girls.

But while active childhoods can have many obvious short-term benefits, including reducing the rates of obesity – the latest figures suggest that nearly 20% of 10- to 11-year-olds in England are obese – the little we know of the long-term benefits point towards exercise being even more crucial than we might already assume.

Denmark and Sweden, which have long been interested in the link between childhood physical activity and achievements in later life, have markedly less prevalence of metabolic-related conditions in children. Researchers examined a database containing the fitness records of 1.2 million Swedish men born between 1950 and 1976, on entry into military service at 18. They then traced their subsequent progress through life, and found that cardiovascular fitness appeared to be predictive of cognition in middle age. In other words, the more exercise they had done during adolescence, the more likely they were to be successful professionally.

Neuroscientists believe there are a number of reasons for this. Studies show that doing enough physical activity to improve cardiorespiratory fitness in childhood is directly related to the structure and function of the developing brain, especially regions such as the hippocampus, which is involved in memory, and the prefrontal cortex, which does not complete its formation until your early 20s.

“The developing brain in specific regions appears to be particularly amenable to exercise,” says Charles Hillman, professor at Northeastern University. “The development of the prefrontal cortex is involved in our ability to think, reason and commit purposeful action based on thought and not impulse. In everyday life, it is crucial in our ability to lead successful and healthy lives. Exercise increases metabolic demand and, in response, the brain increases angiogenesis – building more capillary beds to transport blood and oxygen to different regions. It also increases the formation of synapses between neurons, increasing the ability of different parts of the brain to talk to each other.”

These benefits can be observed in MRI scans showing the blood flow to various parts of the brain, and the levels of a variety of chemicals involved in the strength and health of neurons. The data available suggests the neuroprotective qualities of exercise are present throughout life, with individuals in their 60s and 70s who exercise having a lower risk factor of developing Alzheimer’s disease. As such, scientists believe that one of the lasting benefits of exercising early in life is actually psychological.

“There’s a strong tendency for childhood exercise to have a positive influence,” says Ted Garland, professor of biology at the University of California. “Those who have grown up doing regular exercise are more motivated to get out there and exercise as adults. This could be linked to the effect of exercise on the brain’s reward-feedback loops. We know that exercise increases the levels of neurotransmitters such as dopamine and, to an extent, serotonin, and that has a kick-back effect on motivation that persists for quite a lot of time.”

But one of the most fascinating, and newly discovered benefits of childhood exercise is one hidden inside our skeletons. Studies have found that bones retain a “memory” of early-life exercise before the onset of puberty that lasts long after the exercise has ceased, and provides health benefits even in a relatively sedentary adulthood.

“If you look at children who begin intense exercise very early in life – for example children whose parents get them involved in tennis or gymnastics – this induces a pattern of changes in the way their genes express themselves which stays with them for many years,” says Professor Elwyn Firth of the University of Auckland’s department of exercise sciences. “There are big differences in their bone mass, density and mineral content compared to those who haven’t done that exercise. Even if the exercise ceases in adulthood, these differences persist for 10 years or more, especially if the exercise began before puberty.”

As well as making those individuals less prone in later life to bone diseases such as osteoporosis, these changes also have implications on the way food is processed, in particular, high-fat diets. Our bones are far more involved in energy metabolism than we might think, and the gene expression changes induced by early-life exercise affect a variety of pathways that alter the body’s inflammatory response to a high-calorie diet. These changes are retained in the bone marrow into adulthood, making those children less susceptible to inflammatory-related diseases such as diabetes and cancer when adult.

Scientists have found evidence of exercise-related benefits even earlier in life, passed on by mothers who exercise during pregnancy, or even prior to conception. “Given that the mother is sharing her circulation with the offspring, all kinds of changes are passed on in terms of hormone levels or blood lipid levels, all of which affect the energy storage, oxygen capacity and muscle health of the child at birth,” says Garland. “This has an impact on their natural ability to exercise, but also perhaps on their motivation to exercise at a subsconscious level. This will then go on to benefit them throughout life.”

Such are the wide-ranging benefits of exercise in childhood that scientists are desperately trying to reinforce the message of its importance. “Physical activity in humans in general is rapidly declining and looks set to get worse,” says Hillman. “Every chance we have to promote it is good for our health, the economy, the planet, everything really.”