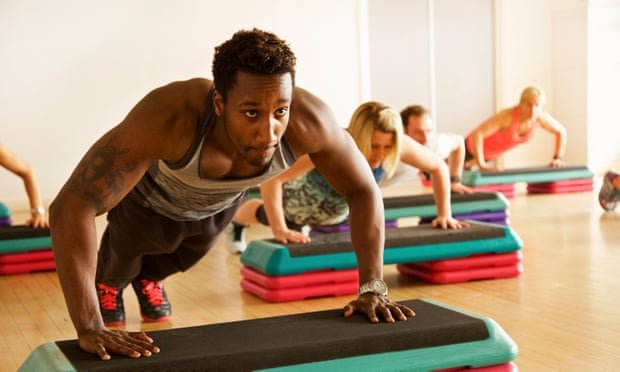 Age: You’re as young/old as you feel.

That doesn’t sound wise. Experts agree with you. At least, they did until this week.

Really? How come? New research from Loughborough University appears to show that cramming all your exercise into two days has almost as much effect when it comes to lowering your risk of cancer, cardiovascular disease and death as spreading it out over the week.

Wow. First they change the recommendation about when to give babies peanuts, now this. I’m starting to feel a bit Govian about experts. Never go Govian. Channel Victoria Wood instead and hope that, if you hang around long enough, someone will put in a good word for wine gums.

Are they seriously saying that a two-day blitz is as good as a week’s steady exercise? That’s what this study of 63,000 adults between 1994 and 2012 suggests.

Crikey. It also found that the benefits of doing either is clear, even if you don’t meet the recommended overall amount of 150 minutes of moderate activity or 75 minutes of vigorous activity a week.

Does scrolling through Netflix count, by any chance? No.

I sometimes have to do it for a really long time. There’s nothing on. Still no.

By the time I’ve settled for Don’t Trust the B—- in Apartment 23 again, my arm can ache like I’ve been doing pull-ups. NO.

Fine. It’s still good news. Yes. That said, the study’s senior author points out that, “for optimal health benefits from physical activity, it is always advisable to meet and exceed the physical activity recommendations”.

Actually, I think I’m just going to hang around here a bit longer waiting for news about wine gums. I feel as though we’re on a roll. As you and your furry arteries wish.

Don’t say: “Can you bring me a Wagon Wheel from the vending machine when you come back? Thanks.”

Related posts:
09/29/2018 Fitness Comments Off on Weekend warriors: why a two-day blitz is as good as a week’s steady exercise
Diets News