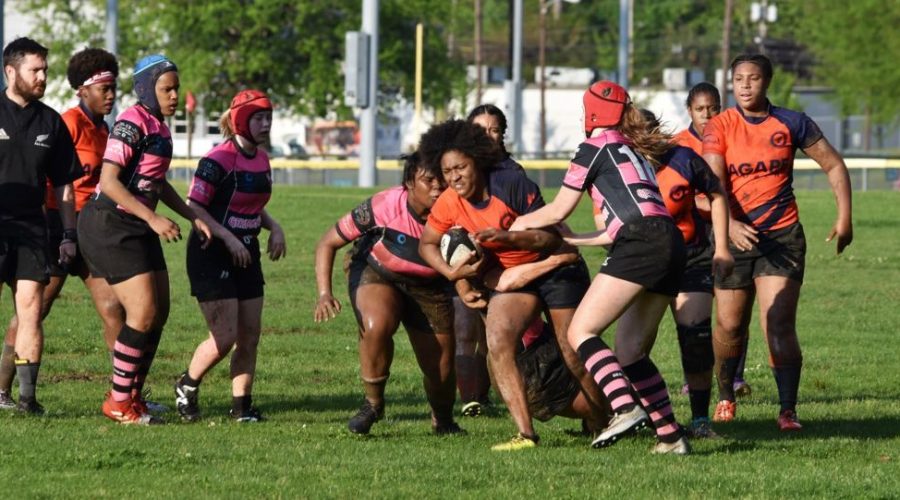 Shaniah Jones was 13 the first time she saw people playing rugby. She thought the same thing most Americans think. “It was strange,” she remembers. “I hadn’t even heard of rugby. There’s all these weird rules, you can’t pass forward . . . but I thought it was awesome. I wanted to play.” As a ninth grader at Freedom Prep high school in Memphis, she was watching boys from her own neighborhood compete in the Memphis Inner City Rugby league (MICR). As soon as MICR added women’s teams the following year, Jones (above, with the ball) signed up, and she’s been playing ever since. Now 18, she is a three-time state and one-time national all-star.

With one of the worst child-poverty rankings in the country, Memphis is not new to the idea of sports as salvation. This is serious hoops country, after all, and as in the rest of the South, football is religion. But rugby speaks to these kids, ages eight to 21, in a way other sports don’t.

In rugby, they see a sport that has all the physicality of American football and the flowing athleticism of basketball but also an element of camaraderie. “It’s inspiring,” says Jones. “Even if you hurt someone, you help that person out. It’s not about being selfish.”

“Memphis kids are special,” says Shane Young, who cofounded MICR back in 2012, when he was just 22. “They’re resilient and talented—they’ve done so much with so little. And they are making history on and off the field in their communities.” Young, who played rugby growing up in New Jersey, moved to Memphis to work as a teacher. He says he had always dreamed of passing along through coaching the same leadership and organizational skills he’d gained. Young had no idea the sport would catch on the way it has in his adopted home city. MICR now has 14 teams that serve more than 250 kids in the most underrepresented neighborhoods of one of America’s most segregated cities.

“I loved that women were playing it, because American football is a male-dominated sport. And the fact that it’s played without pads just made them look so strong.”

The women’s teams, in particular, have emerged as some of the most dominant in the country. “I loved that women were playing it, because American football is a male-dominated sport,” says Jayla Hampton, a junior who plays with the Soulsville Charter School team. “And the fact that it’s played without pads just made them look so strong.” Young says the lack of pads may be another reason rugby caught on here. Football is one of the most expensive sports a kid can get into, whereas all you need to play rugby is a mouthguard, a ball, and a patch of grass. And the return is tenfold. “The physicality is a tremendous release of energy and stress,” he says. “You learn a lot about yourself rucking and scrumming.”

For Hampton and Jones, there’s more to it than the physical. “I love the bond we have,” says Jones. “Whether it’s rugby, school, or personal issues, it created this bond.” However, both young women can’t help sharing the thing that excites them most during an actual game. For Hampton, it’s running with the ball. “I’m pretty fast and I see space,” she says. Jones, who graduated this past spring and hopes to coach with MICR—while also getting her nursing degree—would not be the player she is without amore ruthless answer: “On the field, it’s tackling, for sure.”

Related posts:
10/17/2019 Fitness Comments Off on Rugby Could Be the Next Big Youth Sport
Diets News