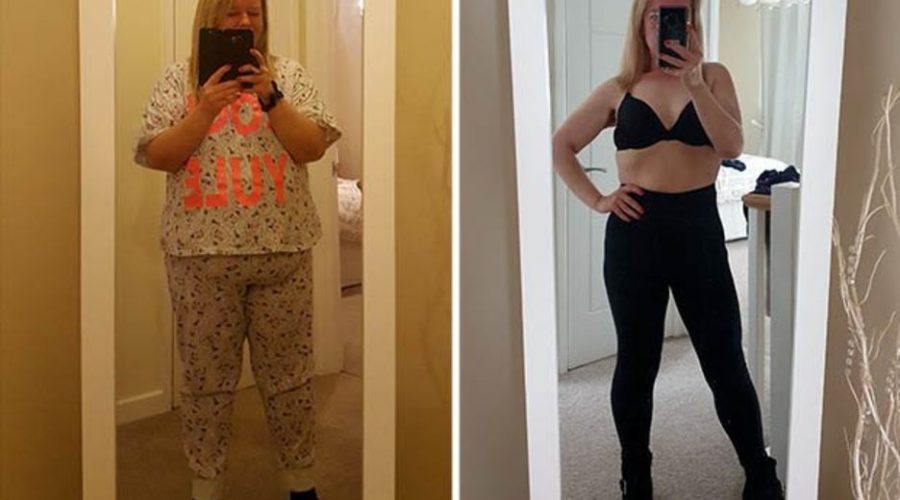 Before the thought of weight loss, Kelly Watts could barely squeeze into size 24 clothes when she tipped the scales at 18st.

The mum-of-one even feared she would die of a heart attack in her sleep and struggled to climb the stairs.

Determined to become a fitter parent to her son, the mum-of-one decided it was time to overhaul her lifestyle.

She signed up for a tester R&B and dancehall fitness class twice a week, then the pounds began melting away.

Now a svelte size 10, Kelly weighs 9st 4lbs and has become a qualified dance instructor, helping others to lose weight.

Kelly, from Cardiff, Wales, said: “The doctor always told me ‘you’ve got to lose weight’.

“I would say ‘yeah yeah’ – but nothing would ever change. By the time I got to the top of stairs that night I was so out of breath I was terrified.

“I thought I was going to have a heart attack in bed. I didn’t want to leave my body out for a six-year-old to find.

“We come out of every class buzzing – we’re high on life. It’s like a night out without the hangover.” 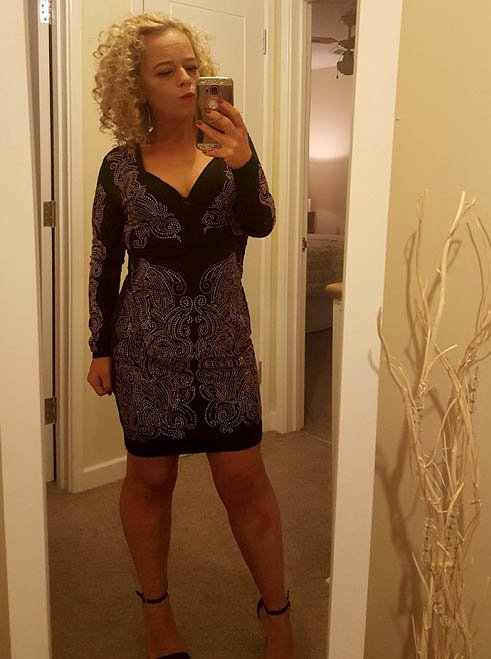 Before she started the exercising, Kelly’s diet consisted of pizza, chips and garlic mayo dips – five days a week, every month, for decades.

By the time she was 35 in 2017, the mum had lost three stone by running around after her son – but her confidence was still so low that she felt suicidal.

The turning point came in December, when she was barely able to climb the stairs, and the thought of leaving her son without a mum made her change.

She started cutting out takeaways and signed up to two classes a week with her childhood friend, Shekira Johnson, in January 2018.

Kelly added: “But it’s not just about dieting. It’s about exercising as well.

“I looked around because I wanted to find a class that would suit me. A girl I knew started her own class. I got in touch and asked if I could go to one.

“So I went, but I couldn’t get through that first warm up.” 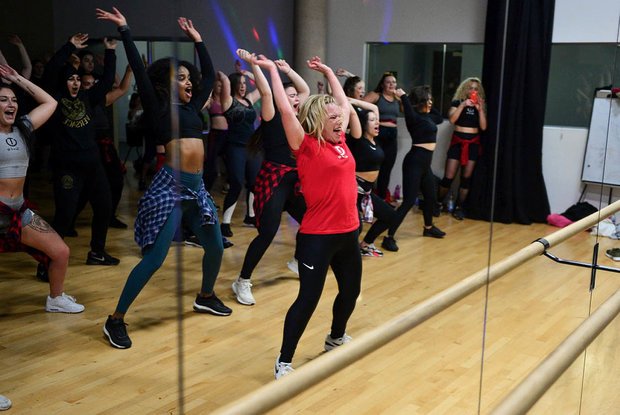 Kelly even won a dance competition through her sessions and in September qualified to take her own classes.

She continued: “My class was already quite big – on the first one, there were maybe 25 – because I was posting all over social media about my weight loss.

“I had a following, so a lot of women who came up had been watching me. Now there are regularly 30 mostly women coming along.

“One woman who is in India contacted me the other day to say that she couldn’t wait to get back for my class – and she was in India.

“Another got in touch to say that she’d burned 1,000 calories in one hour!

“When I started I had about eight numbers in my phone but now I have maybe 200 numbers on my phone.”

Although her parents and sister are proud of her achievement, Kelly’s biggest fan is her son, Jaxson.

She concluded: “I used to sit back and let Jaxson keep playing.

“Now he’ll be the one to stop and I’ll still be jumping up and down on the trampoline!

“It’s a known fact that dancing makes you better. It releases those endorphins.” 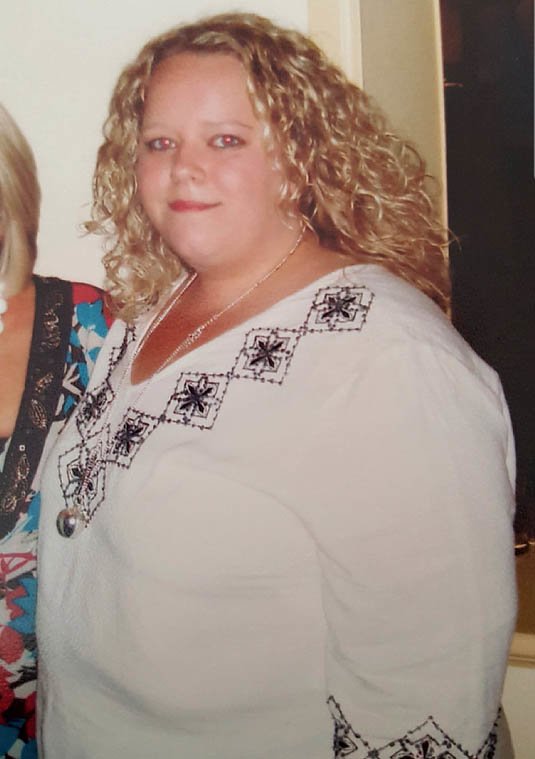 Lunch: Nothing, but snack on chocolate, mini sausage rolls, scotch eggs and crisps from 3pm 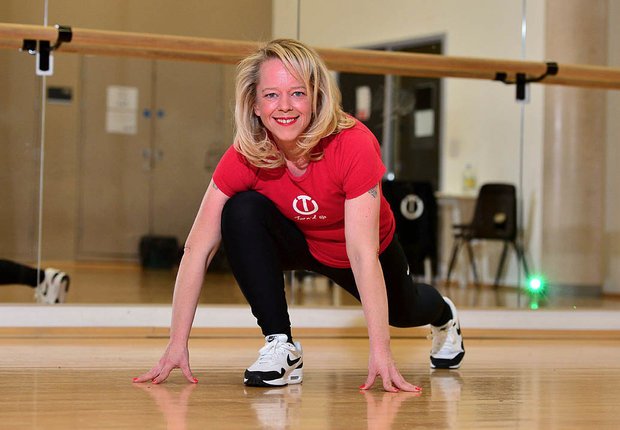