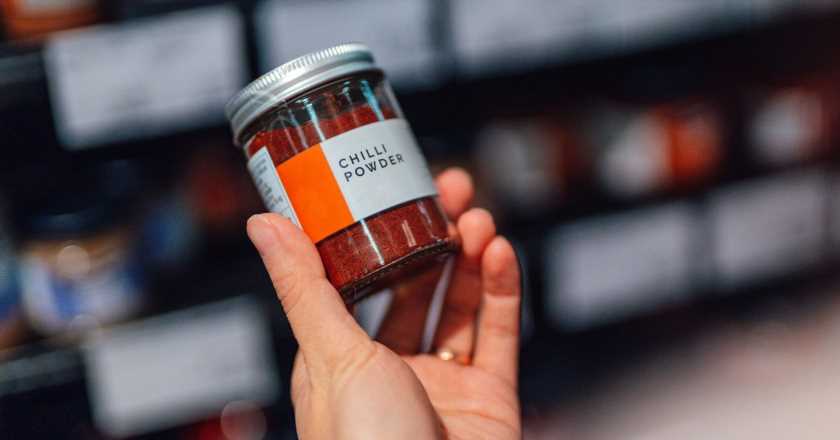 You can’t move for foods, supplements and workouts promising to boost your metabolism, but what does that mean? Is ‘improving metabolic health’ just the new face of diet culture? Strong Women editor Miranda Larbi investigates.

The fitness world is obsessed with metabolism. You can’t move for supplements or workouts promising to speed it up. It’s one reason that HIIT is so ubiquitous; it’s supposed to be the best workout for revving up the metabolism in the shortest space of time and for keeping the body burning through energy long after the workout has finished.

We debunked the whole ’exercising for calorie-burn’ myth a few weeks ago, by discussing the fact that most of us burn the same amount of calories a day, regardless of what activity we do. HIIT may be good for getting the heart pumping and our cardiovascular systems working quickly, but it’s not going to suddenly get your body incinerating food at twice the speed.

So, what about food? We’ve all read tabloid health articles that claim that eating ultra-hot curries can fire up the metabolism because of the chili, but just how true is that?

What even is ‘metabolism’?

Firstly, let’s look at what metabolism actually is. Metabolism is series of chemical reactions designed to turn food into energy and get rid of waste.

Having an increased or ‘high’ metabolism means being able to access energy quickly from food and getting rid of waste efficiently. A sluggish metabolism, on the other hand, has the opposite effect. Women with polycystic ovarian syndrome (PCOS) are often warned that their condition can hamper their metabolic efficiency, which is why increased body fat can be a common symptom.

Can metabolism be sped up?

“Metabolism in our body is very tightly regulated,” Dr Bryna Chrismas tells Stylist. “There are many different processes, signals and complex multiple pathways that control our metabolism which involve the brain, muscles and cells and organs.”

So far, so science. Everyone has a metabolism and it’s involved in choosing what fuel to use for different exercises. The issue comes when we start to talk about ‘speeding up’ metabolism.

Green tea is full of brilliant nutrients but it probably won’t have any impact on the race your body uses fuel.

When asked about metabolism-boosting foods, Dr Chrismas immediately dismisses the idea as being “bogus”. The idea of things like cayenne pepper and green tea speeding up our metabolic rate are based on what she calls “very loose scientific claims”.

“Substances like caffeine can make more fatty acids available within the muscle or the mitochondria to be used for energy – but that’s very different to increasing our lipid and fat oxidation, or indeed, burning fat,” she explains. “Metabolism is basically just how our body decides to create energy – it’s about turning the calories we consume into energy.”

This idea of improving and speeding up metabolism “is not backed up at all by scientific evidence”, Dr Chrismas warns. “There have been some rat studies which show that we have more free fatty acids available if we choose to use them but that’s not at all related to fat loss or metabolic speed.”

Metabolism boosting is just diet culture under another name

“The end goal of boosting metabolism really isn’t using more energy – we actually want to be more efficient and conserve our energy,” says Dr Chrismas. Sure, we want good metabolic health (ie having a system that allows us to use energy effectively) but if ‘boosting’ or ‘increasing’ metabolism is a goal (if it was possible), then Dr Chrismas says that the only possible reason would be for weight or fat loss. In other words, metabolism is just diet culture dressed up as something more PC.

It’s worth saying that some foods do take more energy to break down and digest, like protein and high fibre foods. A 2021 small-scale study (of just 33 people) found that a high protein diet increased daily energy expenditure compared with low protein diets. But that doesn’t mean that your body is intrinsically changed or that your overall metabolic health has been improved – and we know that high protein, low carb diets tend to be lower on fibre, which can lead to all sorts of health complications further down the line.

How to genuinely improve your metabolic health

If food plays little-to-no role and you think that you might have a sluggish metabolism (ie you feel lethargic and like you’re not getting the most out of your food), then you might think about taking a metabolism supplement. But proceed with caution: “Depending on which country, supplements are regulated differently,” warns Dr Chrismas.

Those made in the UK are subject to both EU and domestic standards but supplements made in the US, for example, aren’t. “Here, we have governing bodies and authorities that oversee the claims made by dietary supplements and food companies, and they have to ensure that those claims are truthful and based on evidence.

In the US, however, President Clinton signed an agreement in 1994 that meant that supplements don’t have to be tested by the FDA. Studies that have looked at supplements in the US have found more claims, ingredients not listed or contamination.

Does your metabolism change as you age?

The only genuine way to change your metabolic health is through strength training. Strong Women trainer Emma Obayuvana previously told Stylist that increasing muscle mass has been shown to be one of the facts that may increase metabolism but that the effect is “largely based on an individual’s base metabolic rate and body mass”.

Whatever your goals are, it’s a fact that strength training burns body fat and builds lean muscle mass. The stronger you get, the more energy you end up burning every day when your body is at rest, with research showing that your metabolism stays elevated for up to 38 hours after a strength training session.

A review of 18 studies found that resistance training was effective at increasing resting metabolic rate (the amount of energy you need to stay alive), unlike cardio exercise, which had a much smaller impact. It’s worth noting that this is only the case if you incorporate your big, powerhouse muscles and full-body movements into your workouts, because the whole body works harder by engaging a larger amount of muscle.

Ultimately, metabolism boosting is a load of rot. Food can’t improve your metabolic health, while strength training offers so many benefits besides speeding up the rate at which you burn through fuel.

Related posts:
10/28/2021 Fitness Comments Off on No, green tea and other foods can’t boost your metabolism
Diets News