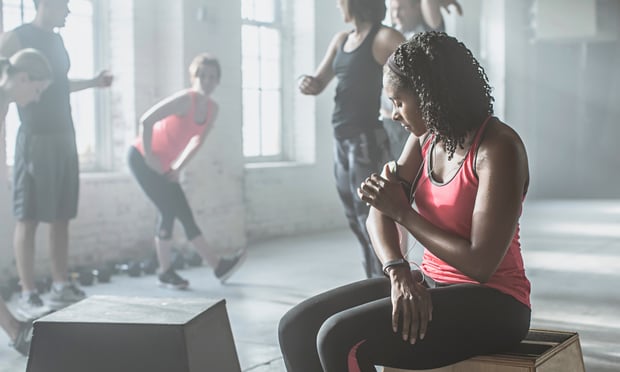 “There’s a better version of you out there. Just get up and find it.” This motivational jibe is the tagline for the wearable-tech company Jawbone’s fitness tracking system. Its latest wristband promises to monitor your heart and chart your light, deep and REM sleep. It vibrates when you’ve been idle for too long, logs exercise and diet and estimates how many calories you burn. It will gently compare you to your peers and encourage you to set goals.

Twenty-five million fitness trackers such as the Jawbone, Fitbit or Nike+ FuelBand will be sold worldwide this year. Does this mean that 25 million more people will be saved from heart disease? That millions of fitness fanatics will grow fitter still? Or simply that 25 million people will have spent between £40 and £150 on a piece of rubber jewellery and another reason to sit on their backsides, narcissistically peeping at their phones?

Peer-reviewed data on the latest fitness trackers’ efficacy is limited, because technological developments move faster than rigorous scientific research. But some interesting findings have already emerged. Lisa Cadmus-Bertram of the University of Wisconsin–Madison, took a group of 51 overweight, postmenopausal women and gave 25 of them Fitbits, while the remaining 26 used pedometers. The women with the Fitbits liked wearing the wristbands and using the website to monitor their progress. After a month, they had increased their moderate-to-vigorous physical activity by an hour a week. “Fitness trackers combine the key ingredients for motivating people to reach their health goals,” says Cadmus-Bertram. These are: “self-monitoring, setting goals, getting frequent feedback on your progress, revising goals as needed, social support and developing a sense of self-efficacy.”

This was, of course, a small initial study. Who is to say that these women didn’t then get bored and ditch the devices? Even so, Cadmus-Bertram says she was astonished at how many people continued to use them for the duration of the study.

Retention rates have also been excellent in an ongoing study at Iowa State University. “The first cohort has been almost three months,” says Yang Bai, a researcher in kinesiology (human body movement), “and we have seen maybe 80% of the participants still using their trackers. That’s pretty amazing.” Subjects weren’t told to use them for a certain amount of time, nor were they checked up on. “We just let them use it and, if they stop using it, that’s it,” says Bai. In older studies, when trackers used generic research-based stats rather than personal data, “we usually asked them to wear it for only seven days, and the compliance rate was low.”

Being able to see at a glance how your resting heart rate changes in response to sleep, exercise or nutrition can be oddly gripping. And this rolling data allows the device to feed you new insights, keeping up the novelty appeal. Cadmus-Bertram says: “We will continue to see evidence showing that fitness trackers in general – particularly combined with other types of physical activity promotion support – can help people to become more aware of their actual activity level and to live a healthier lifestyle.” The social and gamification elements also help to maintain interest levels.

The major disadvantage of the devices, says Cadmus-Bertram, is that “sometimes people expect too much from them. The tracker is there to keep you honest and help motivate you. It cannot exercise for you, nor can it motivate an otherwise unmotivated person.”

It also turns out that you can’t necessarily expect accuracy. Earlier this year, the team at Iowa compared five trackers’ energy expenditure readings on 52 people and found significant discrepancies. Comparing the results with the team’s own, gold-standard Oxycon Mobile metabolic system, the average error margins ranged from 15% to 30%. The accelerometers in these devices pick up arm movement, so they’re OK at counting steps, but measurement of other energy expenditure can be inaccurate.

The BodyMedia Core (worn on the upper arm) overestimated energy expenditure across sedentary activities, aerobic and resistance exercise, while the Nike+ FuelBand (worn on the wrist) underestimated it. The Fitbit Flex, Jawbone UP24 and Misfit Shine all overestimated calories spent in aerobic exercise and underestimated it in sedentary and resistance exercise. If you’re lucky, it will all more or less even out. However, consistently underestimating energy expenditure might end in frustration at struggling to reach goals, whereas overestimating could end in overeating for those counting calories. Each tracker does, at least, tend to be consistent in its error margins, so you can generally trust them to tell you if you’re burning more or less calories than you did the day before in your regular activities.

Sleep tracking should also be taken with a pinch of salt. Mere movement and heart-rate measurements can never be as accurate as a clinical polysomnogram, and a wearable sleep tracker can mistake relaxation for sleep or fail to detect a disturbed night of drifting in and out of consciousness.

With many apps designed to make life better, you could be forgiven for wondering whether trackers are really making life more complex. The academic website the Conversation surveyed 200 female Fitbit users, 89% of whom only ever took them off to recharge the battery. Almost all of them took a longer route to increase their step count, walked faster and ate smaller portions and less takeaways to reach their targets. “I love my Fitbit Flex because it gives me a pat on the back every night,” said one of the participants. But a darker relationship with the devices also emerged: 45% said their Fitbits made them feel “naked” (they could, after all, be used as evidence against us). Seventy-nine per cent reported feeling under pressure to reach targets, while 30% even felt the device was an enemy and made them feel guilty.