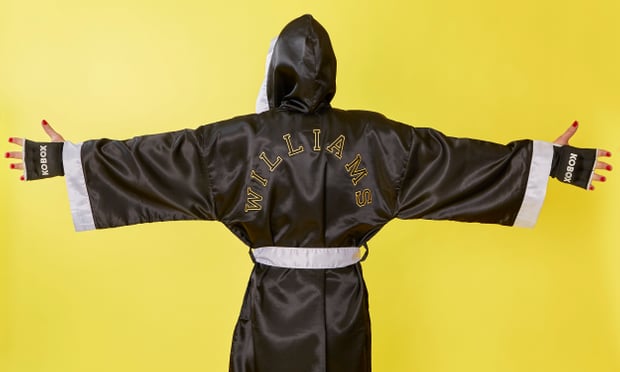 In a proper boxing gym, the novices are fed to the masters like meat, earn their stripes on the concrete, wait for their stitches to be taken out and then go back for more. That is not what I’d like to do. I’m at Kobox, a boxing gym for people who don’t want to bleed and want only to ache.

We all have our own punchbag, and it’s water-filled to make it more like punching a human body. I hope this doesn’t sound prim, but I’ve never wanted to punch another human. I haven’t even wanted to pinch anyone since the 1970s. Yet everyone else is incredibly into it. There are more women than men, and more young women than older ones, so clearly it’s not as if you build up savage aggression after a lifetime of the patriarchy.

We start by learning the basics. The cross is a straight punch; the hook is sideways; the uppercut comes from below. They’re numbered one to six (three for each arm). Then the room is plunged into darkness and a cheerful man yells numbers at you, like a nightclub crossed with bingo. “One, one, one, six, three, two, five.”

If someone were to extrapolate my IQ from my accuracy, I would not like that, not one bit. You’re supposed to dance around the bag, keep light on your feet and punch it as if you’re trying to cover the whole thing and bring it down. That is way past my agility and coordination, but other people can do it, and they look quite convincing.

There are two modern fitness norms that hold for everything from rowing to spin to boxing; first, it’s immersive, which is a fancy word for “loud”; second, it’s very fast-paced – the punching lasts only a couple of minutes, spliced with high-intensity floor work, fast squats with weights, outrageously challenging planks and manoeuvres that start with the instruction “Drop to the floor!”

It works – and I can say with some confidence that if it works on me, it will work on anyone. In the confusion, you don’t really process how hard it is, until you’re one minute in and you’ve got only one minute to go. Coasting is the enemy of the effective workout, and when you have a new instruction every split-second, you can’t let your mind wander or your body slip into autopilot. It’s impossible not to try, though tremendous incompetence is still a goer. I moved like a walrus, I stung like a summer ant.

Hand-eye coordination, improved by boxing, is less pointless than it sounds: both deteriorate with age.