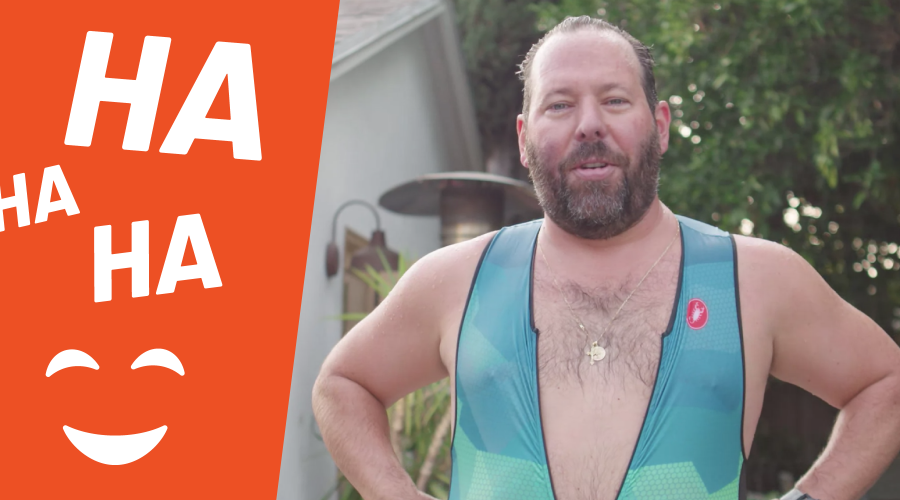 Over the course of Bert Kreischer’s comedy career, he didn’t just gain fans. The notorious party animal also gained more than a few extra pounds, thanks to late-night eating in ever new city he visited.

His weight gain was affecting him from the inside out, so Kreischer decided to do something drastic: finish the 2017 Los Angeles Marathon without a single day of training. His friends thought he was a fool; he, being a former high school athlete, thought it’d be cake. Sure enough, Kreischer finished the marathon in 5 hours and 33 minutes.

Instead of feeling a runner’s high, Kreischer felt the pain of the long-distance run for months. He’d thrown himself into an event that his body wasn’t prepared for, and he ended up abandoning his athletic endeavors once again.

“I ran the marathon and I ruined my body. My legs didn’t work. I couldn’t walk for a week,” he tells MensHealth.com.

After his muscles finally recovered, Kreischer started thinking about that marathon challenge again. When MensHealth.com Creative Producer Connor Reid​ reached out and asked which fitness challenge he’d be willing to take on next, Kreischer decided on a sprint triathlon.

This time, he didn’t go in blind. MensHealth.com hooked him up with a trainer and nutritionist to make sure he finished strong. Watch our new Laughing Fit video and find out if Kreischer was able to swim, bike, and run his way to victory.