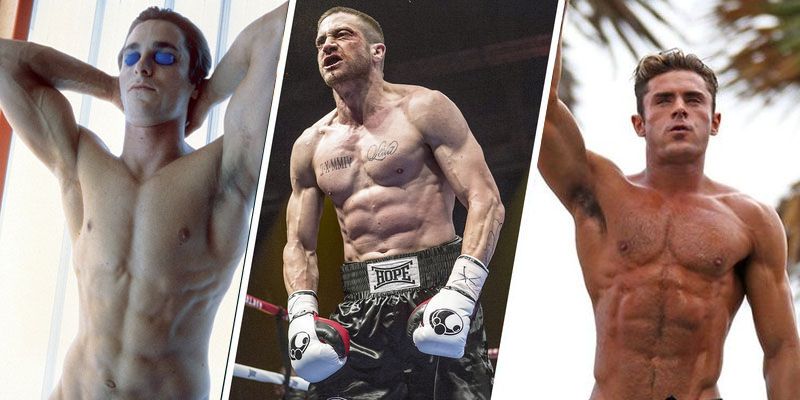 A Hollywood body isn’t built in the gym. Or, it isn’t always built in the gym—and for every two-hour Wahlberg weights workout, there’s an actor forced to get in screen-worthy shape on a schedule that sees them always on-set, or on the road.

So, while lounging around on the sofa in your tracksuit might not feel A-list, lockdown may be exactly what you need to finally achieve those Hemsworth-worthy abs you’ve always dreamed of. We’ve consulted the on-set training and diet routines of some of Hollywood’s leanest and meanest, and—with expert help—applied them so you can achieve superhero gains from your living room.

The method: Though it might seem impossible from the man who brought us Bane, Tom Hardy was once skinny. Then, in 2008, he was cast as hulking hardman Charles Bronson. In order to gain three stone for the role, Hardy used a prison-friendly ‘bulk matrix’ of up to 1,000 pushups a day.

The application: Hardy himself has admitted that his Bronson body was a ‘road crash,’ involving plenty of body fat and minimum leg muscle. That’s because a balanced body requires balanced workouts, according to Hollywood PT and mobility coach Jack Hanrahan. “There’s no question that pushups are one of the best bang-for-your-buck exercises to build a great physique,” Hanrahan says. “But it’s also super important to balance this pushing exercise with a pulling one. Doing so will keep your shoulders healthy and will help you build well-rounded muscle mass.”

To balance it out at home, Hanrahan suggests his own twist on the bulk matrix: do 10 push-ups, rest for 30-60 seconds, then do 10 resistance band rows. Rest, then repeat 10 times for a total of 200 reps.

The film: The Machinist

The method: Christian Bale is the king of on-screen body transformations, but his first is still his most infamous metamorphosis. For 2004 thriller The Machinist, Bale dropped an eye-watering four stone in four months on a diet of black coffee, one apple and a tin of tuna per day.

The application: Unless you want to leave lockdown in an ambulance, don’t do what Bale did. “This is less than 200 calories per day, so it’s not healthy at all,” says Harley Street health expert Daniel O’Shaughnessy, aka The Naked Nutritionist. “An extreme diet like this will play havoc with your metabolism and cause a lot of stress on the body.” As a healthier alternative, both O’Shaughnessy and Hanrahan are proponents of the 16:8 method of intermittent fasting, which involves consuming all of your day’s calories within an eight-hour window.

“On the set of X-Men a few years back, Hugh Jackman told me he was a fan,” Hanrahan says. “He’s the most conditioned and vascular actor I’ve ever been face-to-face with, so there’s probably something to it.”

The method: Boseman shunned weights for a more method approach to embodying the feline warrior, getting in shape with a mix of karate, jiu-jitsu, capoeira and kung-fu.

The application: If you’re stuck inside without heavy weights or exercise machines, you could do worse for your body than taking up martial arts. “Most fighting styles will burn a ton of calories as they jack up the heart rate and involve a lot of explosive movements,” says Hanrahan. “The more hands-on styles like Jiu-Jitsu will also heavily recruit the upper body and core muscles, which is favorable if you’re trying to add muscle definition.” Boseman was trained by legendary martial artist Marrese Crump—head to his YouTube channel for some pointers.

The method: Johnson’s mythic meals are almost as famous as the man himself. To fuel his extreme workout regime for Hercules, he undertook a ‘12 Labors’ diet, consisting of seven meals (and twice as many eggs) per day.

The application: The current climate means you’re moving less, and therefore burning fewer calories. So, even if you’re the size of The Rock, exercise caution when upping your food intake – even if it’s all protein. “If you consume excess protein then it can stored as fat, while the surplus of amino acids is excreted and not used to develop muscle,” says O’Shaughnessy. “Research says we should be eating around 1.5g protein per kg of bodyweight to build muscle, and I wouldn’t go over this while training at home.”

The method: To get in the shape worthy of a Johnson co-star, Efron used ever-changing bodyweight workouts set by PT Patrick Murphy. In an interview with E! News, Murphy said that one workout might include “20 alternating jump lunges in one place, 20 jump squats, 60 mountain climbers, power pushups, followed by a run up five flights of stairs, then one-leg squat hops using a TRX rope.” Efron would rest for one minute, then repeat the whole thing twice to come to an overall total of over 1,000 reps.

The application: When it comes to bodyweight workouts, Hanrahan recommends taking the Efron approach by setting a rep target to hold yourself accountable. He also advises a mix of upper body, lower body and core exercises, and to “go easy on the jumping” to avoid putting undue stress on your joints. “Stick with the same workouts for 3-4 weeks, so you can apply progressive overload such as increasing reps, adding sets or decreasing rest,” Hanrahan says. “Mixing things up too frequently is less effective.”

The film: Guardians of the Galaxy

The method: Chris Pratt’s transformation from chubby sitcom star to screen superhero was so abrupt, Parks and Recreation had to insert a joke to explain why his character looked so different. ‘The only thing you did is stop drinking beer?’ asks a baffled colleague, and he’s not too far off the mark – Pratt credited his rapid weight loss to ‘six months no beer,’ as well as a heroic daily H2O intake of 1oz water for every pound bodyweight.

The application: It’s well-documented that cutting out booze will work wonders for your body, and there’s never a better time to ditch the empty calories than when all the pubs are closed. But should you be replacing those lost pints with extra litres of water? Yes, albeit in moderation. “As a rule of thumb, 35ml per kg of body weight is ideal,” O’Shaughnessy says. Pratt was putting away double that. “For the average person of 80kg, that’s 4.8 litres of water per day. That’s maybe a little too much, considering most people struggle to get to two litres.” Plus you’ll be interrupting all your Zoom calls for bathroom breaks.

The method: Another Black Panther actor with an envy-inducing physique, ex-American footballer Sterling K Brown was so muscular when he started acting that his professors encouraged him to cut out weights. It worked – Brown turned to calisthenics, and ended up landing lead roles in everything from sci-fi blockbuster Hotel Artemis to heartfelt TV drama This Is Us.

The application: Calisthenics ticks the same boxes as gymnastics, which is why proponents like Brown use it to build the lean muscle you see on Olympic athletes. “It’s not always the most practical method, because you need a good power-weight ratio,” Hanrahan says. “Exercises like pull-ups, dips and pistol squats are all very challenging.” He advises getting your hands on a set of dumbbells or a kettlebell, to afford you more options if you don’t have access to a set of monkey bars.

The film: The Legend of Tarzan

The method: To embody everyone’s favourite man-ape, Scandi actor Alexander Skarsgard had to train like a gymnast and eat like an animal. His diet initially consisted of a beastly 7,000 calories a day, but he then stripped down to a lean, keto-esque phase in which he was allowed no sugar, no dairy and no fast carbs.

The application: For O’Shaughnessy, restrictive diets like Skarsgard’s are all about sorting the wheat from the chaff. “Limiting sugar and refined starch is a healthy thing to do,” he says. “But dairy isn’t bad for you, unless you’re allergic or sensitive to it.” If you’re looking to follow the keto (high-fat, low-carb) approach, O’Shaughnessy recommends limiting carbohydrate content to 25g per day for six days, then increasing to 150g on the seventh with a range of unrefined carbs like rice and sweet potato. “If you’re always in a low-carb state then your body can get lazy, because you’re never burning glucose,” he explains.

The method: When trailers first dropped for Southpaw, the world collectively gasped at a totally unrecognizable Jake Gyllenhaal. The actor’s hard work shows: to become the near-impossibly ripped boxer Billy Hope, Gyllenhaal would work out almost all day, seven days a week. He’d wake up, do 1,000 sit-ups, run eight miles, then launch into a 4-6 hour training routine of skipping, boxing and weight training. Then he’d fit in another 1,000 sit-ups before bed.

The application: “Training seven days a week in any capacity is more likely to break you down than build you up,” Hanrahan says. “Even the fittest athletes know the value of rest to repair and rebuild.” Yet while he doesn’t recommend Gyllenhaal’s overdrive approach, Hanrahan concedes that boxing-style exercises are a great way to get in shape without the need for equipment. He recommends a shadow-boxing workout: use a mix of jabs, hooks, crosses and upper-cuts, making sure you’re light on your feet and “snappy” with your punches. “Go at a pace you can maintain for three minutes, then rest for 1-2 minutes and repeat 5-10 rounds,” he says. A few sit-ups after won’t hurt. But you probably don’t need to do a thousand. 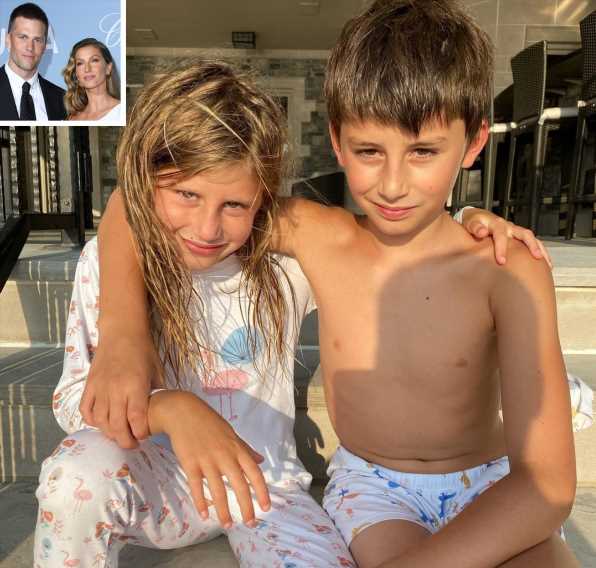 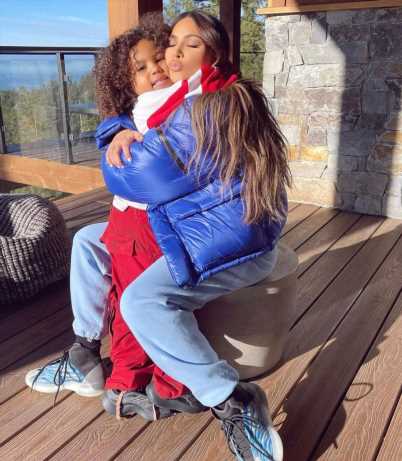