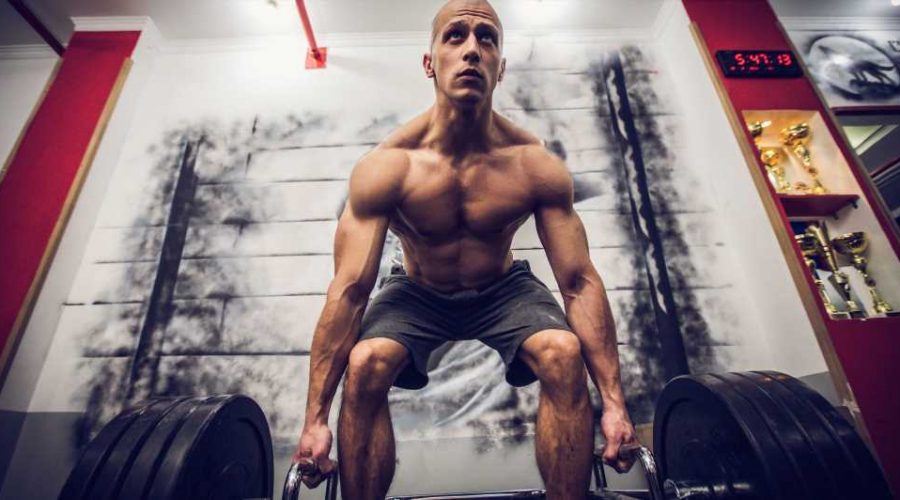 There’s no such thing as a must-do exercise.

This is the truth about fitness, even though not everyone understands that. Walk into any gym, and you’ll see a host of guys doing barbell deadlifts, for example, and somewhere in that gym, there will be one or two guys who insist that if you can’t do a barbell deadlift, well, you’re just not fitness-ing the right way.

Why? Because a long long time ago, the barbell deadlift was established as a must-do exercise that every guy just had to do, well, just because. Over the years of bodybuilding and exercise, a handful of movements have gotten this level of love, ascending from just another exercise to “staple movement” territory.

But the more time you spend training, the more you realize that not everyone needs to do every movement. Yes, the back squat is the gold standard of all squats, but that doesn’t mean you need to do it. Not all exercises are for all people, so skip these “staples” for exercises that will work better for your body.

Focus On Movement Patterns, Not Movements

Understand this about training: Your body needs to work through certain movement patterns. You need to be able to push things away from you (as you do in a bench press). You need to pull things toward you (as you do in a pullup or a row). You should be able to bend at the knees (like you do when you squat), and you want to hinge at the hip (which you do when you pick up your keys from the floor — or when you deadlift).

Now, if you’re a competitive powerlifter, then you need to do the barbell deadlift as your hinge movement. But if you’re just trying to stay healthy, why can’t you do dumbbell deadlifts, or other versions of the move? Truth is, you can, so don’t fall into the trap of thinking you can’t.

This is similar even if you’re training specific muscles groups. Take your triceps for example. Yes, plenty of guys do dips for triceps, but there are a host of other moves that let you isolate the muscles on the backs of your arms. So if you can wind up with shoulder pain when you do dips, swap them out for more shoulder-friendly moves. And yes, your tris will still be able to grow to epic proportions.

None of this will cost you muscle or strength. You can build just as much strength without classic moves as you can with them. The added benefit of swapping out certain moves for smarter, safer ones is that you’ll be able to train injury-free.

Classic staple moves are tried-and-true methods for building mass and strength, but they don’t always aid your training longevity. Why? Because they don’t always consider the joint system. The dip, for example, does indeed hammer your triceps, but is it friendly to your shoulders? That’s a different story for some people.

Now, there’s a good chance you’re physically capable of doing a dip. But that still doesn’t mean it’s the best option ion your training plan. Every rep just might be stretching tendons or rubbing those tendons against bone in ways that could lead to pain in a few years. And plenty of gym injuries don’t happen in a single moment; instead, they happen because of repeatedly unfriendly forces taking a toll on the body over years and years.

Think ahead and consider these training swaps.

Think Twice About The: Triceps Dip

Dips are widely considered the holy grail of triceps development (even though at least one trainer prefers skullcrushers instead). It’s one of the first triceps exercises you’ll learn in the gym, and it’s a super-convenient one too, since it doesn’t require weights (and thus can be done anywhere). In many ways, the dip is essentially an upper-body squat, too.

Thing is, the shoulder joint is inherently very different from the hip joint (which drives the squat). It’s far less stable than the hip. And when you get your upper arm behind your torso and at a 90-degree angle, as you do in the bottom position of the dip, you’ll place a lot of stress on that shoulder joint, no matter how strong or mobile you are. Don’t believe me? Put two fingers on the front side of your shoulder, and pull your elbow back as far behind you as possible, as if doing a row rep. Feel something pushing into your fingers? That’s the head of your humerus, or upper arm bone — and your upper arm has to move even farther behind your torso on a standard dip, too.

This driving forward of the humeral head can certainly lead to chronic shoulder issues such as AC joint, rotator cuff, or labral issues.

Try close-grip pushups instead. The close-grip pushup, much like the dip, will travel anywhere, and it’ll let you hammer your tris too. But it has a limited range of motion in terms of how far behind your torso your upper arm goes, so it’s not going to cause any pain.

Think Twice About The: Barbell Deadlift

Barbell deadlifting is a favorite exercise for a lot of guys. It’s a true ego booster, letting you load up the bar with heavy plates. But it’s also going to test the range of motion of your hip hinge – which is what you’re trying to train most when you deadlift in the first place.

A barbell loaded with 45-pound plates is a whopping 8.75 inches off the ground, which means, especially if you have shorter arms, you have to bend toward the ground an incredible amount just to get in proper position to hinge from the waist. The result: You really have to bend a squat and a hinge to lift the bar — and if you’re not careful, you’ll wind up taxing your lower back greatly, too.

Do hex-bar deadlifts instead. A host of research backs up the hex bar deadlift as a terrific alternative to the standard barbell deadlift that’s sometimes superior to the more hallowed move. You get full lower-body recruitment and a ton of power production with the hex bar deadlift, but center of gravity is now different. The bar is no longer slightly in front of you; the weights are at your sides in line with your shins, so there’s minimal torque on your hips and lower back.

This is a super-safe alternative to the barbell deadlift and one that more people should embrace.

Think Twice About The: The ab crunch

The standard crunch is still the most commonly practiced ab exercise out there, likely because it’s been a physical fitness test for people since elementary school. It’s still found in many police and fire department basic conditioning tests, too. You feel a burn from crunches, too, so why not?

Thing is, you’re not really building core strength you can actively use — and you’re also not building your core for use as a unit. Yes, you want abs, but you can get those, and build a strong and stable core that can help you in real life. In real life, your abs work with your lower back extensors, obliques, and even your glutes to stabilize you, help you bend at the waist, and help rotate your torso and resist rotation. That’s the way you should train your core, as one integrated unit, whenever possible.

Consider hollow rocks instead. The hollow rock forces you to brace through your entire core to maintain good position, and it never lets a single core muscle relax. It’s also going to challenge your abs to handle one of their main jobs, pulling your ribcage down and in. And like the ab crunch, it’s a move you can do anywhere; it’s just a smarter, better move, albeit one that may take you some time to master. Learn the hollow hold first, then progress to hollow rocks.

Shoulder presses are one of the first shoulder exercises you will ever learn, partly because all the bodybuilders love them. Watch Arnold Schwarzeneggar crank out shoulder presses, and how can you not want to do them? But when it comes to shoulder health, this isn’t the best move.

Why? Because the “high-five” position you wind up in near the bottom of a military press rep is one of the highest-pressure positions for your shoulders. You’re only here for a moment, but stay in that position with weight, and it challenges a vulnerable portion of your shoulder range of motion. The fixed hand position that comes with the barbell is also another issue. Fixing your hands and forcing both sides to work in unison isn’t always going to work, depending on the nature of your own personal shoulder joints

Try the landmine press instead. If you absolutely have to do shoulder presses, you can easily grab dumbbells or kettlebells and do your overhead work that way. Or try the underrated option, the landmine press. This move is great for two reasons. First off, you’re working a single arm at a time, and you’ll get to refine how your shoulder blade moves (and feel how different both your shoulder blades may be).

Secondly, you don’t have to be able to press directly overhead. Truth be told, many people struggle with true overhead motion, and they compensate by arching their backs. You’re not pressing directly overhead when you’re working with the landmine press, so it’ll accommodate your shoulder movement better.

Think Twice About The: Pistol Squat

This is a new-age “staple” move popularized by CrossFit. But it’s a very high-risk low-reward move, depending on the mobility of your lower body. It places great challenge your knees and ankles, and in many cases, you’ll wind up lowering with very little control. A little speed as you lower can help you get into the “bottom” of the pistol squat, even if you don’t truly have control of that range of motion. That speed can also propel you out of the pistol squat; many people rely on elastic energy to power up from it. Are you really building strength that way? No, but you may be getting a very cool Instagram post out of it.

Try the lateral lunge instead. You won’t put quite as much load overall load on one leg during the lateral lunge as you do during the pistol, but you’ll still get heavy single-leg work — and you’ll get to take your time and work on form and positioning as you lower into each lateral lunge. You’ll actually get to train and hone good mechanics as you push your but back and lower your thigh til it’s parallel to the ground.

The bonus here: You’re also moving laterally, which you may be forgetting in your regular training.

Related posts:
11/03/2019 Fitness Comments Off on 5 Overrated Exercises — And Other Moves You Can Do
Diets News