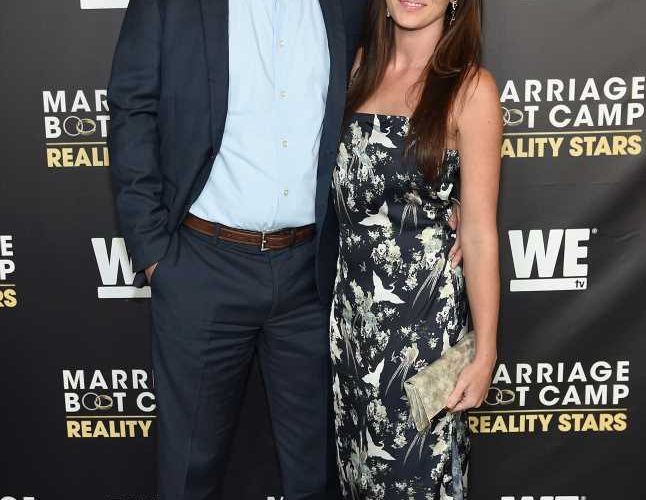 Tanner and Jade Roper Tolbert‘s sex life hasn’t exactly been the same since becoming parents for the second time.

On Wednesday’s episode of Nick Viall‘s podcast The Viall Files, Tanner — who welcomed his second child with Jade, son Brooks Easton, four weeks ago — joked of his dynamic with his wife of over three years since baby No. 2’s arrival, “What romance?”

In all seriousness, their relationship has “changed completely” since their now-2-year-old daughter Emerson “Emmy” Avery‘s arrival, said Tanner, 32, revealing in the candid conversation with the former Bachelor that he wants to have sex more now while Jade, 32, “wants it less.”

“It took a dive [when Jade started nursing Emmy] and then pretty much right after the breastfeeding stopped, we got pregnant again with Brooks,” he shared. “And now he’s here and we have two kids. It is tough. I feel like I’ve begged for it. And I don’t want to feel selfish — I hate asking, I hate trying, ’cause I don’t want it to be pity sex.”

That being said, he respects his wife’s priorities and they have honest conversations about it, recognizing that her focus “should be on the kids, not me.” But regardless, “I do feel on the back burner,” Tanner added.

According to Mayo Clinic, “the risk of having a complication after delivery is highest during the first two weeks after delivery,” so many healthcare providers recommend waiting at least four weeks after giving birth to engage in sexual intercourse again.

“In addition to postpartum discharge and vaginal tears, you might experience fatigue, vaginal dryness, pain and low sexual desire,” the organization notes. “If you had a vaginal tear that required surgical repair, you might need to wait longer.”

In an interview with Parents.com, gynecologist Rebecca Booth, M.D., explained that breastfeeding “releases oxytocin, a hormone that triggers good feelings toward the baby but also suppresses your libido.”

“Anthropologically speaking, keeping your sex drive low is your body’s way of preventing another pregnancy too soon,” she added. “Patients are always relieved to find out there’s a reason they’re not as into sex.”

Viall, 38, went on to ask Tanner if he watches pornography in the interim, but the former reality star admitted it doesn’t really interest him anymore and he only does if his wife is away.

Tanner also opened up to Viall about his mixed feelings surrounding second-time fatherhood. For one thing, he hasn’t yet felt that same bond with Brooks that he had with Emmy after she was born.

“I feel bad saying that because I’ve got a beautiful newborn son, but maybe it just takes time,” he said. “I will love them equally, for different reasons, but I feel it right now more with Emmy and I don’t know why.”

Of Brooks, “He wants Mom all the time,” said Tanner. “I don’t have milk here to provide.”