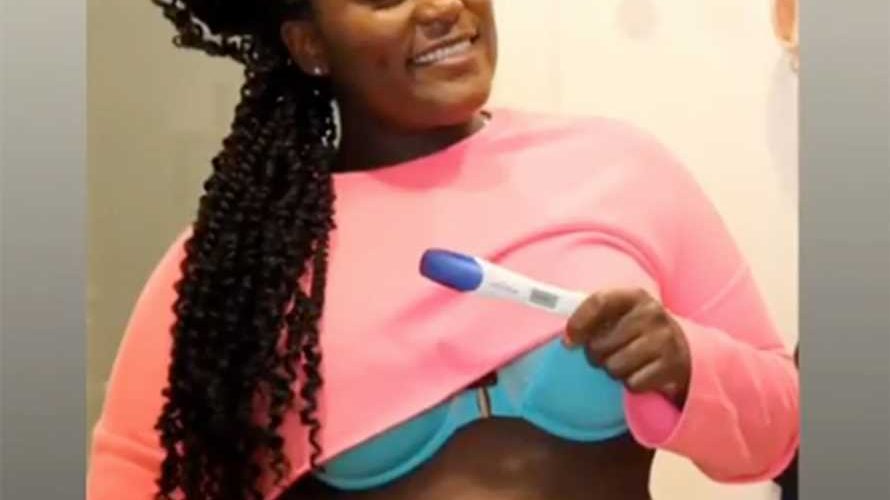 Taystee is going to be a mama!

Danielle Brooks — best known for her role as Tasha “Taystee” Jefferson on Netflix’s Orange Is the New Black — is expecting her first child, she announced on Instagram Tuesday.

The 29-year-old actress sported an open-mouthed grin as she held up a positive Clearblue digital pregnancy test for the photo op, captioning it, “So elated to finally share this news with you all. I’m happily pregnant!” and adding the hashtags, “#ClearblueConfirmed” and “#clearbluepartner.”

On her Instagram Story, Brooks shared the same image and wrote, “When one chapter ends, another begins” — seemingly referring to OITNB‘s upcoming seventh and final season, which drops July 26 on Netflix.

A second photo on her Story saw the mom-to-be posing with her shirt pulled off to show off her baby bump, where she shared she is 20 weeks along in her pregnancy.

We Tried It: Becoming a Celebrity Stylist Thanks to Some Help from Orange Is the New Black‘s Danielle Brooks

Brooks is fairly private regarding her personal life, but she has recently shared a few photographs of a mystery beau on her Instagram account.

The latest black-and-white snapshot — posted on this past Valentine’s Day in February — saw the couple waiting to take a few friendly laps around a go-kart track together.

“True love is when your partner agrees to wear a hairnet to ride go-carts. ❤️ #valentinesday Love you D,” the actress wrote in the caption.

The Tony-nominated actress certainly has a lot of life lessons to pass on to her baby on the way — like the importance of diversity and size inclusion in Hollywood and elsewhere.

“I don’t know if fashion has made a wholehearted effort,” Brooks told Vogue in December 2017. “It’s more like, ‘Oh this is a trend, let’s get on it.’ Then they bring in Ashley Graham, who is amazing, but isn’t the only plus-size model ever to exist.”

And Brooks was thrilled that, through her campaigns for Lane Bryant, she had been able to be a role model, posing in the company’s designs up on billboards in N.Y.C.’s Times Square.

“This was baby Dani’s biggest dream come true and I was so elated that I got to be myself,” she said of the ads. “I didn’t have to lose 60 pounds or change. I got to take the time to embrace and love everything that the world had deemed imperfect.”

Related posts:
07/02/2019 Family Health Comments Off on Orange Is the New Black Star Danielle Brooks Is 'So Elated' to Be Expecting Her First Child
Diets News