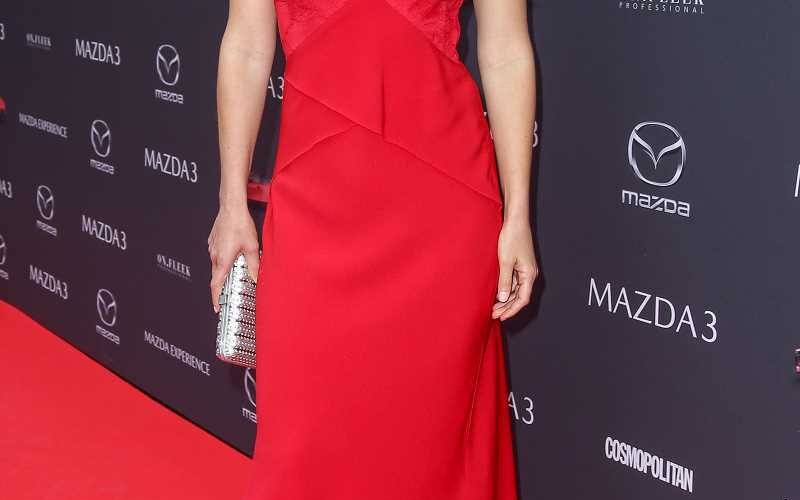 Bar Refaeli has a baby on board!

The Israeli supermodel, 34, and husband Adi Ezra are expecting their third child together, she revealed on Instagram Thursday morning.

Refaeli is joined by friend Assi Azar for the fun video, where Azar addresses viewers on his own before the mom-to-be breaks the big news.

“OOPS I did it again 🤷🏼‍♀️,” Refaeli captioned the fun clip.

Refaeli and Ezra are already parents to daughters Elle, 20 months, and Liv, 2½.

The couple tied the knot in September 2015 in Haifia, Israel, exchanging vows in front of 300 family members and friends at the Carmel Forest Spa Resort.

Refaeli is said to have walked down the aisle in a bridal gown by Chloé as famous Israeli singer Shlomi Shabbat performed his song “The Beginning of the World,” Israeli news site Walla! reported.

The site also noted that distinguished Rabbi Yitzchak Dovid Grossman married the couple, who got engaged the previous March, during the rustic outdoor ceremony that reportedly cost $330,000.

The model previously opened up to Hello! Fashion Monthly about being excited to settle down and start a family.

“I think this will be a decade of family … I come from a family of four children,” she told the magazine. “A lot of [moms] could read this and think, ‘Yeah, try having one first.’ “

“Hopefully, I’ll have a big family, but I’ll take it one by one,” Refaeli added.

Related posts:
06/20/2019 Family Health Comments Off on 'Oops I Did It Again!' Bar Refaeli Is Expecting Her Third Child with Husband Adi Ezra
Diets News