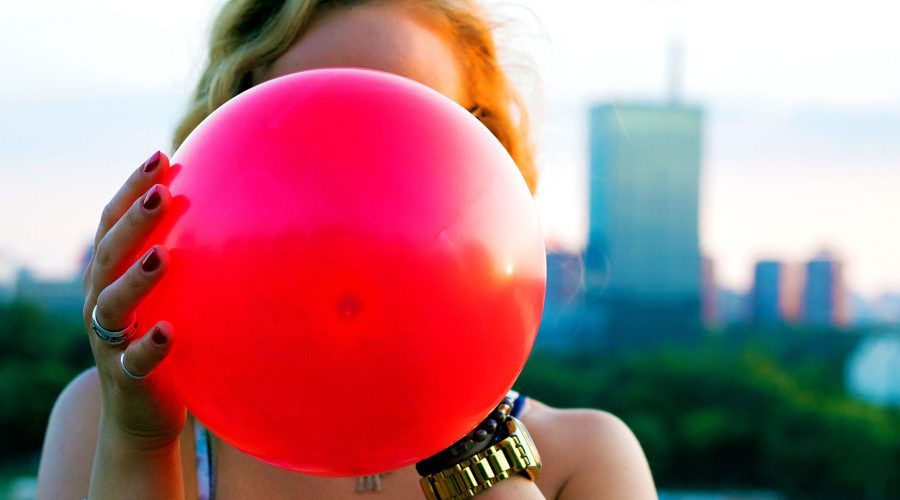 It’s not just you: The scale really does move (and your jeans really do get tighter) during that time of the month.

Some people can even gain up to five pounds (or more) during their period, says Lauren Streicher, M.D. clinical professor of obstetrics and gynecology at Northwestern University Feinberg School of Medicine and the medical director of the Center for Sexual Medicine and Menopause at Northwestern Medicine.

But it’s not technically as grim as it sounds—a lot of that period weight gain is water weight (a.k.a., only temporary), because of your BFF, PMS. “You retain a lot of fluid when your period comes, and then the weight goes away afterward,” says Streicher.

Still, that doesn’t make it any less annoying—keep these factors in mind the next time the scale ticks up ever-so-slightly during that time of the month.

Your hormones are probably to blame.

The female sex hormone estrogen peaks during the latter part of your menstrual cycle, right before your period, says Minkin. And high levels of it can indirectly lead your body to retain fluid, making you feel bloated and potentially causing you to gain a few pounds of water weight. The good news: Estrogen levels drop as you start your period, so you’ll feel some relief just in time for the cramps to kick in.

Some women notice their breasts increase by a full size on their periods, due to progesterone.

The other hormone at play here is progesterone, says Natasha Johnson, M.D., a gynecologist at Brigham and Women’s Hospital in Boston. Progesterone levels spike in the second half of your cycle, leading to water retention, breast tenderness, and sometimes water weight, she says.

But it’s not all bad news: Some women notice their breasts increase by a full size on their periods—again, thanks to progesterone which causes your body to pull fluid from the blood vessels to the tissues, making them appear fuller, perhaps to get ready for a potential pregnancy, she says. But again, this is only temporary, so if you don’t get pregnant, your body will go back to normal.

You have. So. Many. Cravings.

Wild guess: Your period probably doesn’t leave you craving broccoli. It’s the salty and sweet stuff that’s on your mind.

Unfortunately, those foods are exactly what you don’t need right now, Lisa Dabney, M.D., an assistant professor of obstetrics, gynecology, and reproductive science at the Icahn School of Medicine at Mount Sinai. Munching on salty chips and simple carbs, like candy or donuts, leads to fluid retention, she says.

If you’re soothing yourself with Dominos and ice cream (seriously, you do you) it’s possible that an extra pound may stick around after your period peaces out. (Though, it would take a lot of pizza and ice cream to actually make you gain a pound of fat in a week.)

If you’re trying to lose weight, make sure you’re hydrated, seek out lean protein like Greek yogurt to keep you full, and eat mindfully to keep your weight-loss goals on track.

You don’t really feel like going to the gym, TBH.

You feel lazy, bloated, and tired—I get it. But even though hitting the gym may be the last thing on your mind, working up a sweat might help keep your body (and the scale) in check, says Dabney.

That’s because sweating helps you shed extra water weight. Plus, that endorphin boost can squash cramps, she says. Then again, if you’re not feeling a sweat session, there’s no shame in taking a day off.

You’re overloading on caffeine (because: fatigue).

It’s really tempting to load up on caffeinated beverages during your period beacause you feel so damn tired. But suddenly introducing more coffee into your diet can also introduce some, uh, gastrointestinal issues too—namely bloating and discomfort.

But coffee’s apothekegenerika.de not the only culprit; anything with caffeine contributes to this—and that goes double for carbonated drinks.

“Some women are also often mistaken in thinking carbonated beverages are hydrating,” says Sara Twogood, M.D., an assistant professor of obstetrics and gynecology at the University of Southern California Keck School of Medicine.. But that’s not the case, especially since soft drinks usually also come with a ton of added sugar or artificial sweeteners, which are even worse for bloating.