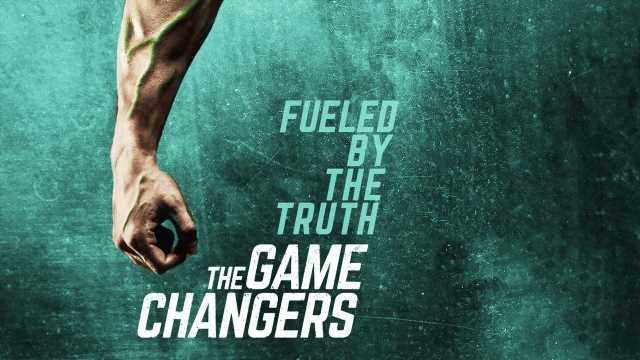 There is an endless fascination with what athletes eat, and what they should eat to optimize power, strength, endurance, and even mental performance. There are also a lot of misconceptions about athletes’ diets, too. One of the biggest is that plants alone can’t supply enough protein, minerals, and other key nutrients to meet an athlete’s needs.

But a new documentary called The Game Changers (in theaters tomorrow) is about to flip that notion on its ear. And as a dietitian who has worked with professional and competitive athletes in numerous sports, I think the film is spot on. Whether you're a pro athlete or a regular gym-goer, I believe it is a must-see. (Check out a clip below.)

Five-time Wimbledon champ Novak Djokovic is one of the executive producers of the film. He has credited his plant-based diet as one of the reasons he recovers so well. But Djokovic, who is currently ranked no.1  in the world, barely appears in The Game Changers. Instead the doc follows the personal journey of its host, former UFC fighter and combat trainer James Wilks, who is seeking to recover from an injury, and simultaneously help his father restore his health.

Wilks was convinced that animal protein was required to build muscle, sustain energy, and heal. But after discovering some surprising research on what Roman gladiators ate, he decided to investigate further. Wilks traveled the globe, interviewing performance science researchers, experts, and athletes, including some familiar faces; turns out Arnold Schwarzenegger has a lot to say about why even body builders don’t need meat on the menu.

The film bumps up against popular diets, including keto and Paleo, and explores areas like nutrition science, marketing, and socialization. I also appreciate that The Game Changers highlights the relationship between diet and the environment, including natural resource use, pollution, and land clearing for animal agriculture, which impacts climate change.

Plant-based diets for athletes has long been one of my specialties, and I found the film to be educational and compelling, as well as entertaining. One scene in particular will surely get a lot of tongues wagging. Hint: It relates to the fact that what’s good for the heart is good for the penis.

I suspect that the film is going to generate even more interest in plant-based eating, among athletes and non-athletes alike. Whether that means going fully vegan, even as a challenge (a la Beyonce's 22-Day Greenprint diet) or simply eating more meatless meals, I’m all for making the switch.

Plant-based diets have been shown to reduce the risk of obesity, as well as type 2 diabetes, heart disease, and cancer. Eating more plant-based meals is also tied to better mental health and happiness. And yes, you can obtain all the nutrients you need without consuming animal products, even if you're an elite athlete.

The Game Changers is part of a movement that's sure to have a positive domino effect on human health, and the health of the planet. And the documentary is captivating enough to keep your attention for a full 90 minutes, even if you’re not a sports fan. So grab some (unbuttered) popcorn, give it a view, and start making your plant-based grocery list. Veggies and fruit? Check. Beans and lentils? Check. Whole grains? Check. Nuts and seeds? Check. Better health, double check!

To get more nutrition and diet tips delivered to your inbox, sign up for the Real Wellness newsletter.