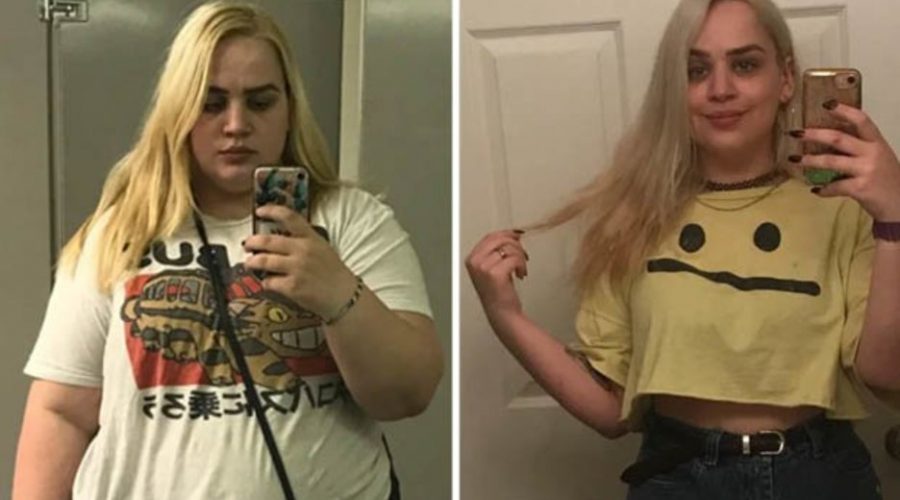 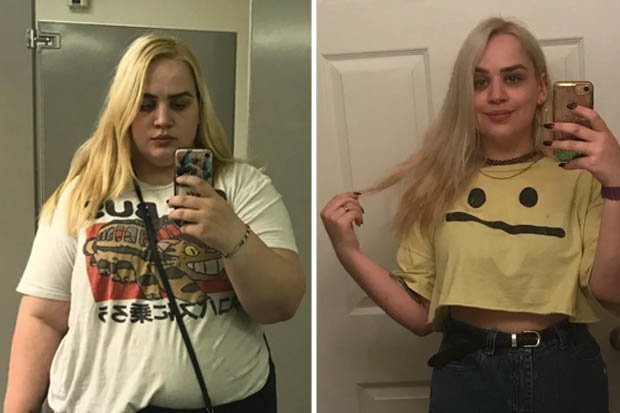 When it comes to weight loss, many people will have a different way of burning belly fat.

Whether it’s following a Slimming World plan or taking part in the F45 8-week challenge, slimmers will have a way.

For one woman, she used a completely different method which she credits to 90% of her success.

Posting on the open forum Reddit, under the name “enemy_flower”, the 21-year-old followed the CICO (calories in, calories out) approach, which is when you track down your calorie intake.

“Tracking my food was 90% of my success”

Starting at 18st 8lbs, the slimmer transformed her diet and reached a trim 11st 5lbs.

She focused on eating foods low in carbs and cut back on sugar, as well as exercise.

The Reddit user wrote to her followers: “Tracking my food was 90% of my success, also attempting to eat healthier – low carb, lower sugar.

“I didn’t start going to the gym regularly until a few months ago, but I really love it now and I go at least a couple times a week.”

When many users were quick to praise “enemy_followers” on her transformation, with the post securing more than 360 comments.

She continued: “This whole process has taken me a little under two years, but I’ve been strict on CICO – and lost the majority of the weight – over the past year.

“It’s hard to call any day for me ‘an average day’, because I try to give myself a lot of variety, but I’ll always try to eat several small meals throughout!”

The user began eating eggs and bacon in the morning, chicken sausage with brown mustard for lunch and grilled chicken or white bean chilli for dinner.

Although she was being strict with her calorie intake, she still enjoyed a treat here and there.

“I also allow myself to go out with my friends and enjoy a few drinks, or a meal, if I so desire. I think restriction is the root of crash dieting,” she concluded.

According to the NHS, it is recommended for an average man to eat around 2,500 calories, while a woman should consume about 2,000.

Related posts:
05/14/2019 Diet & Food Comments Off on Reddit user credits 90% of her weight loss success to ONE thing after losing 7st
Diets News