There’s a good chance you know someone who swears off bread with the same rigor that vegetarians steer clear of steak. It seems that low-carbohydrate diets are the only way people lose weight these days, and the high-fat ketogenic plan is the most popular carb cutting method.

In fact, keto was the most researched diet in 2018, according to Google.

But it’s not the only way to reduce carbs–it’s just the most restrictive since it eliminates many nutritious foods, like bananas, sweet potatoes, and oatmeal.

What’s the deal with keto vs. low carb?

Keto enthusiasts may swear off bread to lose weight, but you can enjoy pasta, bananas, and even bagels, on a low-carb diet.

That’s because maintaining ketosis, a metabolic state where you burn fat instead of carbohydrates for energy, is the backbone of keto. Sure, this sounds ideal, but making the switch is difficult. You’ll have to consume roughly 65 to 85 percent of your calories from fat. The specific number varies by person, but it generally means eating fewer than 30 grams of carbs per day.

Then, another 20 percent of your calories come from protein, while carbs are restricted to 10 percent of your total daily food consumption. Nailing this ratio is challenging, because most foods include a mix of these three macronutrients. Avocados and nuts are rich sources of fat, but they also contain carbs.

Many foods are out. What foods are OK on a keto diet?

Eating a high-fat diet is harder than it seems, given that protein and carbs are restricted. People often confuse keto as a high-protein diet, but that’s not the case, says Melanie Boehmer, MS, RD, CDN, CISSN, and outpatient dietitian at Lenox Hill Hospital.

“If you eat too much protein that can kick you out of ketosis,” she says. “It’s not just a matter of paying attention to your carbohydrates.”

Oils are a staple on the high-fat diet. Fattier cuts of meat, such as bacon, avocados, cheese, and steak are often found in keto meals. However, you’ll want to watch portions to limit protein and carbs.

Many beneficial foods– fruits, starchy vegetables and beans–need to be avoided, which may lead to vitamin and fiber deficiencies. Be sure to incorporate as many leafy greens, broccoli and cauliflower, as possible to ensure you’re getting enough nutrients.

In comparison, there isn’t a “right way” to go low-carb.

“There’s not an official definition,” Liz Weinandy, M.P.H. and R.D. at Ohio State University, explains to Men’s Health. Eating 150 grams of carbs per day is considered low-carb for people who were previously eating double that amount

No food is off-limits, meaning you can eat bread, pasta, and starchy vegetables. Nearly any dietary preference including Mediterranean or vegetarian diets can be made low-carb.

In the absence of rules, here’s the healthy way to try a low-carb diet:

Before overhauling that weekly grocery list, stop and consider your goals, advises Boehmer.

Eating fewer carbs can be helpful with weight loss, but active adults preparing for a 10k or trying to build muscle should reconsider this approach.

“If you’re a high performing athlete, there’s no way you should be cutting carbohydrates,” Boehmer explains to Men’s Health.

Thinking about your motivation is also helpful. Does a particular diet fit your lifestyle (and palate) or are you enticed because everyone else is doing it?

A food journal, or apps like MyFitnessPal that track overall calories as well as macronutrients, can offer a more detailed assessment of your diet. Check out the 2015–2020 Dietary Guidelines, which offers recommended daily servings of each macronutrient–carbohydrates, protein, and fat. For example, the average 30-50 year guy eating 2200 calories is advised to get roughly 45-65 percent of his daily calories from carbohydrates. That’s about 150 grams, but many Americans consume well over 200 grams of carbs per day, says Boehmer.

“The standard American diet has definitely become carbohydrate dominant,” she says. “We’re sedentary. The reality of that is we don’t need a lot of carbohydrates.”

Of course, everyone’s needs are different. You can determine what’s right for you by using the Body Weight Planner from the National Institute of Health. 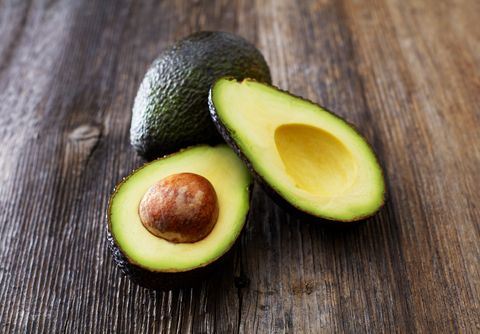 Avoid drastic changes. Instead, gradually decrease the number of carbs you eat by 15 grams per day.

If your eat bagels and pasta daily, then changing to a drastic diet like keto will be brutal. Boehmer recommends starting slowly by eliminating 15 grams of carbs at a time, about one serving.

Look for ways to scale back that don’t feel restrictive: eat one piece of toast at breakfast instead of two. If that’s manageable, cut back by another 15 grams and ditch half the bun on your burger at lunch. Ideally, you’ll want to get about 30-40 percent of your calories from carbs, says Weinandy. Don’t overlook total calories, protein, and fat: all are important to maintain a balanced diet.

However, the effectiveness of a diet depends on execution. A plate filled with fruits, vegetables, protein, and healthy fats will keep you regular, satiated and energized. Meals that omit food groups could leave you with vitamin deficiencies.

In fact, consuming higher quality low-carb foods–like salmon, leafy greens, and nuts–may add 12 years to your life, according to research published last year by Harvard University. And numerous studies show that ultra-processed foods like sugary cereal, generally high in carbs, are linked to an increased risk of cardiovascular disease.

What’s more, low-carb diets are particularly helpful at regulating blood sugar, according to a study published last year in the journal Pediatrics.

Low-carb vs. keto: which is better?

Ultimately, this question is best answered by assessing your goals and preferences. That said, many people find keto too difficult to maintain.

“Not having that rigidity is a little bit more of a relief for some people,” says Boehmer. “It gives you more flexibility to find what works for you.”