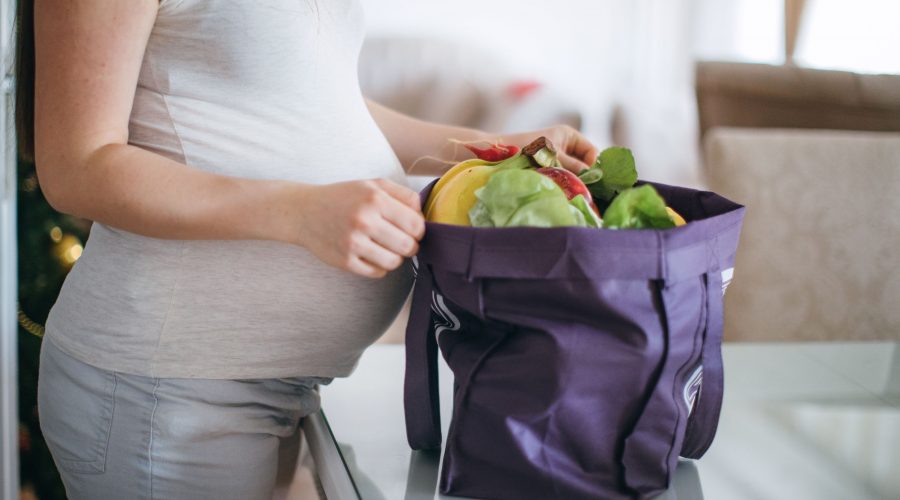 If it seems like the keto diet is everywhere you turn right now, well, you’re right—everyone and their mother is on the high-fat, low-carb plan.

But should expectant mothers be on keto at all? Or is that just a bad idea—for mom and baby?

First things first: There is definitely an ideal pregnancy diet—and it’s not keto.

Honestly, dieting during pregnancy in any way isn’t recommended—especially when you’re supposed to be consuming an extra 300 calories each day, according to the American Pregnancy Association.

Above that, a balanced diet during pregnancy is key, says Christine Greves, M.D., a board-certified ob-gyn at the Winnie Palmer Hospital for Women and Babies. That means fruits, vegetables, whole grains, proteins, you name it. “You’ll also want to avoid supplements other than prenatal vitamins, and avoid foods that are high in added sugars and fats.” Sure, you’re probably going to throw a little Ben & Jerry’s in the mix, but focusing on a overall well-rounded diet is the goal.

A lot of that is pretty much the opposite of keto—the low-carb, high-fat diet that actually encourages dieters to limit many fruits (sugar equals carbs, btw) in order to stay in ketosis, the state during which your body uses fat for fuel instead of carbs.

But…is it okay to do keto while you’re pregnant?

Honestly, no one knows for sure—there just isn’t scientific data to say that it’s okay (or not okay) to be on the keto diet while you’re pregnant.

“At this point, there’s very little known about its effects on the developing fetus,” Greves says. Constantly being in ketosis is a concern—since ketosis isn’t a normal body state, and doctors really have no idea how that might affect a fetus.

Aside from the keto diet in general, pregnancy is usually not a great time to try to lose weight. “I would say wait, and eat what we know is okay during those nine months of gestation,” Greves says—and if you’re compelled to lose weight after having your baby, start then.

That said, not all aspects of the keto diet are potentially at odds with a healthy pregnancy diet. People typically cut down on processed foods while they’re on keto, and that’s never a bad thing, Greves says. You can also work on limiting the amount of sugary foods you eat, while making sure to eat plenty of healthy fruits (and veggies) that can benefit your pregnancy.

“Just try to eat more healthy in general,” Greves says. Then, after you have the baby, there’s no reason why you can’t go keto (just keep in mind that it might not be the best option right away, while you’re solely breastfeeding).

Of course, if you have any questions about your diet while you’re pregnant, talk to your doctor. They should be able to help steer you in the right direction.