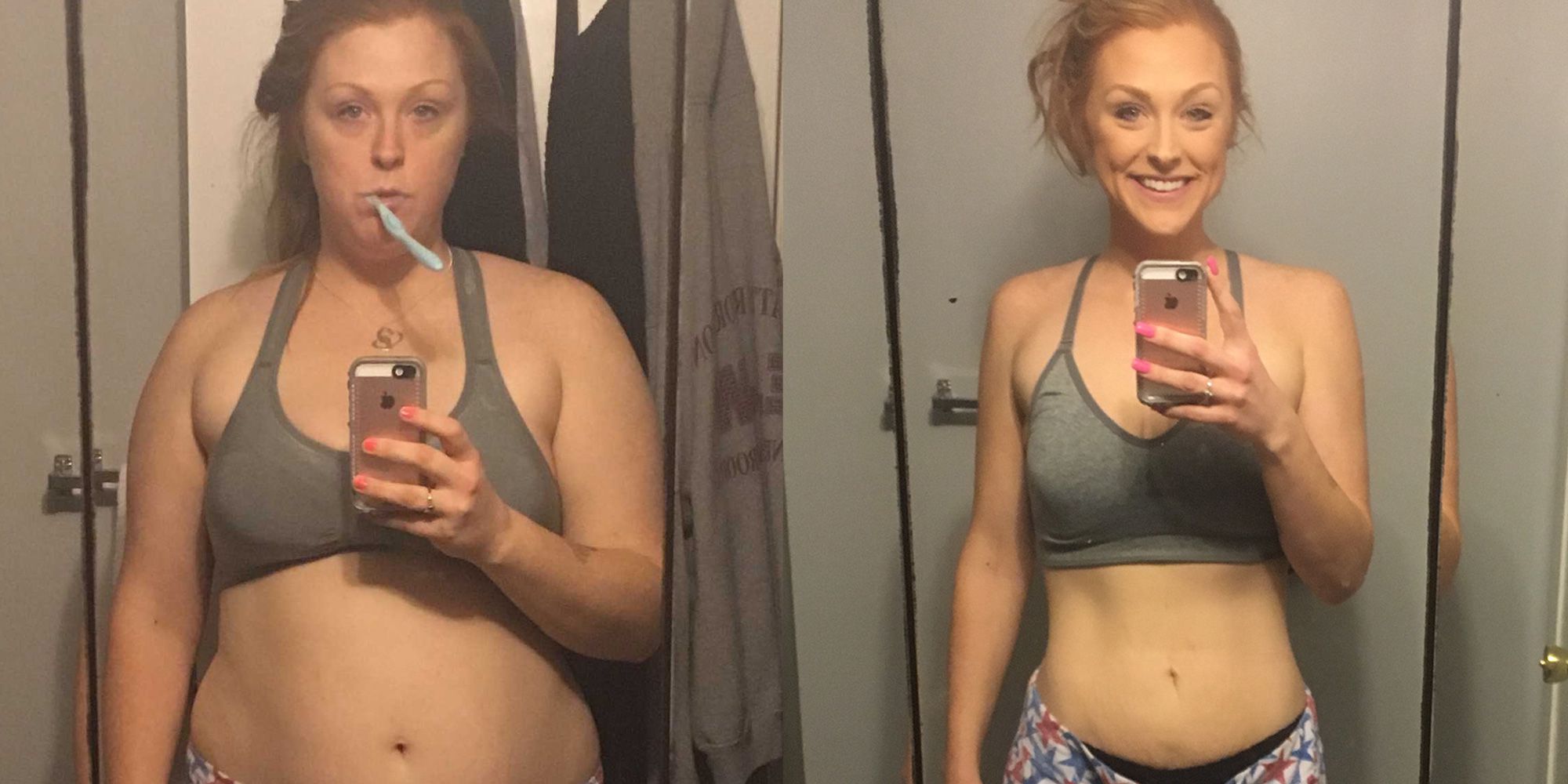 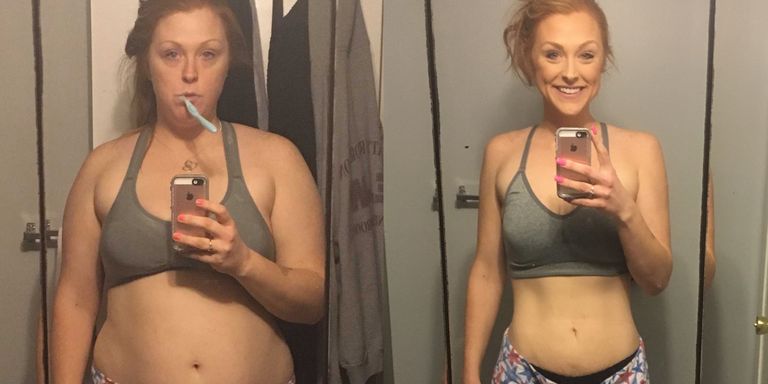 For my entire life, I was what many refer to as “skinny fat”—I could eat whatever I wanted, not work out, and never gain a pound. Then I had kids.

When I became pregnant with my first child, I continued to eat whatever I wanted (and then some—I totally fed into that whole notion of eating for two). By the time I gave birth to my son, the doctors told me I had gained 60 pounds.

Three years later, I had done absolutely nothing to lose the baby weight, and I became pregnant again—so again, I ate anything I wanted, which was mainly over-processed stuff: Pop Tarts, boxed macaroni and cheese, and all the chips, cookies, and crackers my heart desired. By the time I gave birth to my second son, I was told I had gained 30 more pounds.

When I finally stepped on a scale on my own for the first time in years, I weighed 228.5 pounds—and it hit me like a ton of bricks.

I was at my brother’s house for Easter in 2017, just two weeks postpartum with my second son. I had a picture taken of me and my fiancé—and I could not believe how big I looked. I was mortified at my appearance and just felt so emotional.

After seeing the picture, I immediately went into the bathroom to weigh myself—I had to know for sure how much I had gained. Once I knew, I was instantly determined to make a major lifestyle change. For the first time in my life, I set out to make conscious decisions about what fueled my body and how I treated it.

I made nutrition my biggest priority and educated myself on healthy foods and portions.

One huge help during this time was Beachbody’s “Portion Fix” portion-controlled containers. The containers show you correct meal portions for each food group—something I had always struggled with.

In addition to that, I focused on adding more vegetables to my diet, along with protein from lean meats. I also quit drinking soda and replaced it with water—something I had never done before. On my new diet, here’s what a typical daily meal plan looked like:

I started working out at the same time I decided to make major diet changes.

It felt daunting at first, but I fell in love with the workouts pretty quickly; they eventually became a necessary part of my day. My 30-minute workouts became “me time” and really helped my overall attitude and mood throughout the day.

I started seeing results from my new lifestyle in just three months.

I began noticing my body changing and getting smaller, and at the six-month mark, I started seeing muscle definition I never had previously, even at my pre-baby weight. I remember being so excited to show off my newfound strength to everyone around me.

But just because I saw results, doesn’t mean my diet and workouts were always easy—there were definitely hard times and tough days, but my desire for a healthier lifestyle always outweighed any negative thoughts or feelings.

Now that I’ve lost the weight, meal prepping is what helps me stay on track.

Lunch was always the meal I struggled most with—I’d get so busy that I’d end up eating anything quick and easy I could find (usually fast food). But I quickly realized meal prepping my lunch was essential to my weight-loss results.

Another thing that helps me stay on track with my nutrition is finding healthier versions of the food I love. Beachbody’s Fixate cookbook is a great tool in learning how to modify basic foods, but I also like to experiment on my own with new (healthy) foods.

Losing weight has been amazing, but my improved quality of life has been the best reward.

Right now, I am honestly the healthiest I’ve ever been. I have more energy, strength, and confidence than I have ever had before, and I’m finally the fun, active mother that I have always wanted to be.

But I can’t stress enough how much of a process losing weight was. It takes a lot of work and doesn’t happen overnight. It’s also important to remember that adopting healthy habits doesn’t have an ending—it’s a lifestyle change that has to be sustainable, or it won’t stick. But if you stay committed to being a healthier you, anything is possible.