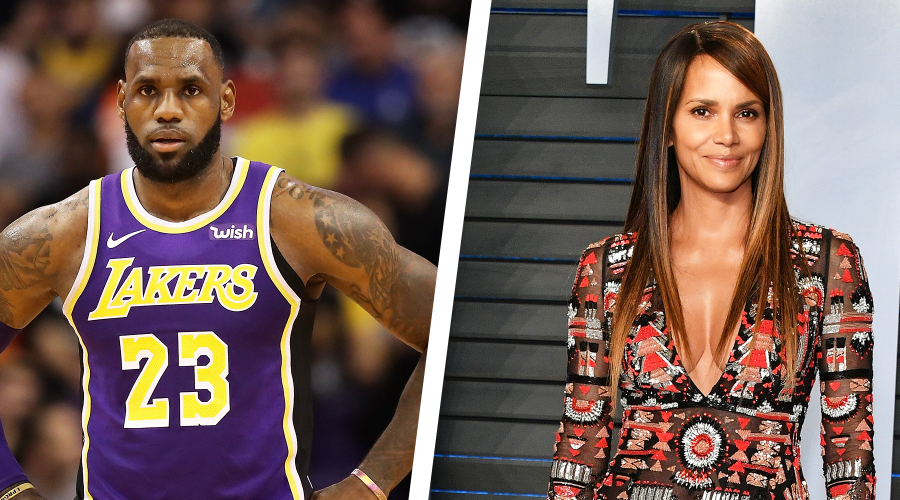 The ketogenic diet is all the rage right now. The idea is to eat plenty of fat and very few carbs, so that your body enters a fat-burning mode known as ketosis.

While there’s nothing new about the high-fat, low-carb eating plan, it’s getting a lot more mainstream attention, including from movie and TV stars. Jersey Shore’s Vinny Guadagnino has gone full “keto guido,” Halle Berry has ditched bread to stay slim and look more stunning than ever, and even LeBron James dabbled. Keto enthusiasts tend to believe that they feel full with fewer calories when indulging in rich meats.

Here are the biggest celebrities who have committed to going keto.

I’ve discovered the fountain of youth . You ready for it?….Stop eating sugars and grains and instead 98% of the time eat real food like whole eggs, bacon, butter, fatty steaks, fatty fish and plants and exercise a few times a week. When I ate sugars and grains I was 50lbs heavier and looked 10 years older . I look around and feel sad and angry for the majority of the population who are overweight and obese that have been taught to eat grains, use “healthy” margarines and oils, drink diet soda with artificial sweeteners,and stay away from saturated fats. This is why i started this page. To take away the stigma that saturated animal fat clogs your arteries and instead teach people the truth: sugars and grains will cause diseases and obesity before anything else. I bet if our older friends and relatives who suffer from chronic disease stopped eating sugars and grains and started eating real foods , in many cases would drop off their medication ( and not to mention, lose a shit ton of weight NATURALLY) But instead they are taught to eat whatever they want and let the medicine keep the disease in check ?…. until the medicine won’t save you anymore .. I’m speaking generally because everyone’s food sensitivity is different , but in most cases this will be the truth. #ketoguido #keto #ketosis

The Jersey Shore cast members have savvily built their own individual brands beyond the hit MTV show (which is now back). Vinny found his niche when he dropped 50 pounds and got cut through exercise as well as adherence to keto. He now shares advice and motivation on his @ketoguido Instagram account. And he even sticks to the diet on Jersey Shore (or tries to, anyway), once pulling cheese off a delivery pizza for the Shore crew and shoveling it in his mouth, sans crust. He also loves a salmon-and-cream cheese roll.

It’s hard not to wonder what Berry does to continue looking flawless at age 52. While there may be no hope of achieving her clear, luminous skin for most mortals, she has endorsed the power of the keto lifestyle for her figure and managing her diabetes. She explained on Live with Kelly and Ryan that “a ketogenic diet is no sugar, no carbs. Nothing white.” The actress sticks to fatty foods like avocados, coconut oil, and butter. “You can eat a big-ass porterhouse steak if you want. You just can’t have the baked potato,” she said in another interview. As she’s shown on Instagram, she ditches lunchtime sandwiches for prosciutto rolls that look mighty tasty.

S/O @champagnepapi @futuretheprince and the "6" for the hospitality this weekend! Much appreciated and loved! See y'all soon. 216×330=416 #NIT #ItWasAMovie #StriveForGreatness

Okay, technically LeBron isn’t a regular keto eater. But he shared how trying the diet affected him when he practiced a modified version for 67 days as a “mental challenge” in 2014. He lost a ton of weight by cutting out carbs and dairy and centering his dishes on meat, fish, fruits, and vegetables. He’s bulked back up since, but the viral “Skinny LeBron” photo speaks for itself.

Of course I'll carry you across the Brooklyn Bridge! @demileighnp

LeBron isn’t the only pro athlete to flaunt the effects of a keto diet. Former NFL quarterback Tim Tebow told GQ, “I’m on something called a ketogenic diet, which is high fat, moderate protein, low carb, low sugar.” He’s a champion of all things avocado (a photo of him eating guacamole straight out of the container with a spoon made a splash on Twitter). He even throws avocados in his smoothies.

sometimes you need a day away, pics by kenny

It’s not surprise that the famous family that dominates social media has jumped on a trendy diet. Kourtney Kardashian, arguably the sanest person on the otherworldly Keeping Up with the Kardashians, revealed that trying keto “was a really positive experience for me,” and she plans to dive back into the diet. Kim also reportedly dropped 60 pounds after giving birth to her son Saint by following the Atkins 40 diet, which is essentially a variation of keto.

I’m devastated Halloween’s over… and I never made it to a single party. BUT life happens. So, To transition out of good ol Halloween mode here’s a @fendi look I wore on @busytonighttv ??

Hudgens outed herself as a keto fanatic to Rachel Ray, saying that she prepared for her Women’s Health cover by relying on the diet. She lost 10 pounds in a month by eating bacon, which sounds like an exceptionally pleasant way to drop a little weight. “When I ate carbs, I would get that dip in the afternoon, where I felt really sluggish,” the Spring Breakers star told Women’s Health of the other benefits of her lifestyle. “When I’m off them, my energy stays consistent throughout the day.”

Big day in London with my @puma and @intersport fam ? #teamlima ?: @ysaperez

No one ever said being a Victoria’s Secret Angel was easy. Brazilian model Adriana Lima revealed that she barely touches carbs and works out two hours a day prior to a Victoria’s Secret Fashion Show. She also skips carbs in her daily life since they leave her feeling “swollen.” “Definitely zero carbs for sure,” she told The Cut, adding that her meal plan makes her feel “much healthier.” The same article noted that she chowed down on chicken, with skin and bone, and green vegetables. “I only can eat green vegetables,” she said. No carrots for her.

Related posts:
11/06/2018 Diet & Food Comments Off on 7 Celebrities Who Swear by the Keto Diet
Diets News