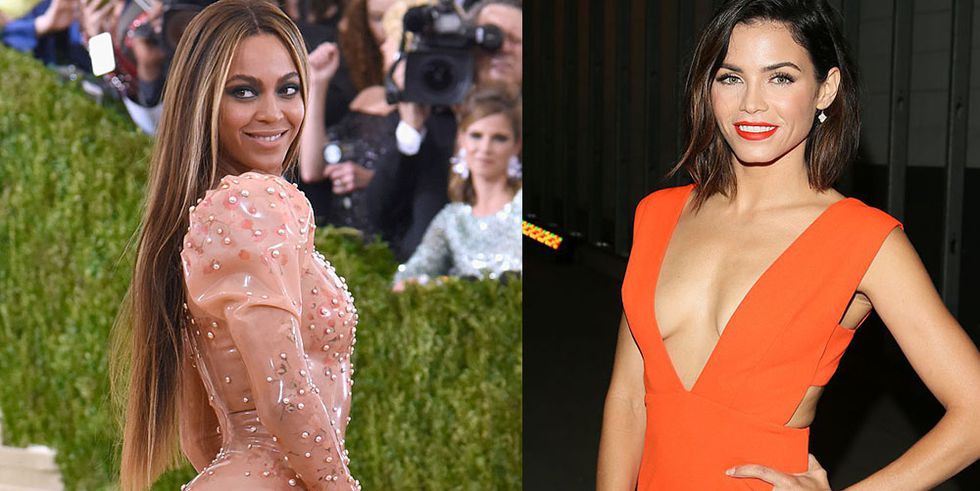 Things that are a pretty big commitment: Buying a house. Saying “I do.” Going vegan.

For real, though: Given that you have to cut out all animal products from your diet (eggs, dairy, and of course, meat), going vegan is a pretty big change that affects your whole life.

But despite the daunting challenge, lots of people have embraced a vegan diet – including these 20 vegan celebrities.

The GOAT and new mom shared with press recently that she went on a strict diet after giving birth to daughter Alexis Olympia. “I was vegan, I didn’t eat sugar,” she told reporters at a Wimbledon press event in July, according to the Daily Mail.

But she added that her strict diet didn’t start to show results until she stopped breastfeeding. “I lost 10 pounds in a week when I stopped. I just kept dropping,” she said.

Meghan Markle is a self-declared “part-time vegan,” according to an interview with Best Health in 2016. “I try to eat vegan during the week and then have a little bit more flexibility with what I dig into on the weekends,” she said at the time.

But she’s come under fire recently for saying on Instagram that she plans to raise her first child as a vegan—and apparently not vaccinate him or her, either. “If you don’t know what it’s like have people around you think you are ridiculous, try being openly vegan,” she wrote.

Miley has a well-documented love of animals and is so committed to being vegan, she even got a symbol for veganism tattooed on her body. “Vegan for life!” she shared on Instagram when she got the tat in 2017.

Jenna told the Los Angeles Times in 2016 that she hasn’t eaten meat since she was 11, when she watched something on TV about slaughterhouses. “I certainly encourage veganism, not just for our health, but for the environment and also for the ethical and moral reasons,” she said.

The Oscar-winning actress told W in 2017 that she started eating vegan after noticing she had really low energy (and some cholesterol problems). After she tried eating vegan for two weeks, “I just had more energy than I’ve ever had in my life,” she said. “Being vegan was not anything I ever wanted to be. I just really was listening to what my body was telling me.”

The singer shared with Into the Gloss in 2016 that she went vegan once for about six months because of some health problems. “Changing my diet like that made me feel like I had so much more energy,” she said. But she admitted that being vegan was a lot of work: “At one point, I was going to a place that’s really far from my house to get all-vegan everything.” She said that she’s still determined to make it work, though. “My goal is to totally be completely vegan and only use vegan products, but I’m human and I have to work on it daily.”

The star has gone between vegetarianism and veganism for years. “I keep my home completely vegan, which I think is one of the most important things,” she told US Weeklyin 2017. “If you keep your home healthy, then, when you’re reaching for snacks, you’re not reaching for bad things. So, I stock it with fruits and vegetables.”

Ellen Degeneres has been vegan since 2008. “I’ve always called myself an animal lover. And yet I ate them,” she said in a 2012 interview, according to Yahoo. But she said “something snapped,” once she learned how chicken and other meat products are made.

This article originally appeared in Women’s Health US

Related posts:
07/13/2018 Diet & Food Comments Off on 20 Celebrities Who Are Damn Proud Of Their Vegan Diets
Diets News